Our tragic beauty: Dirimart screens 'Tales of Us' 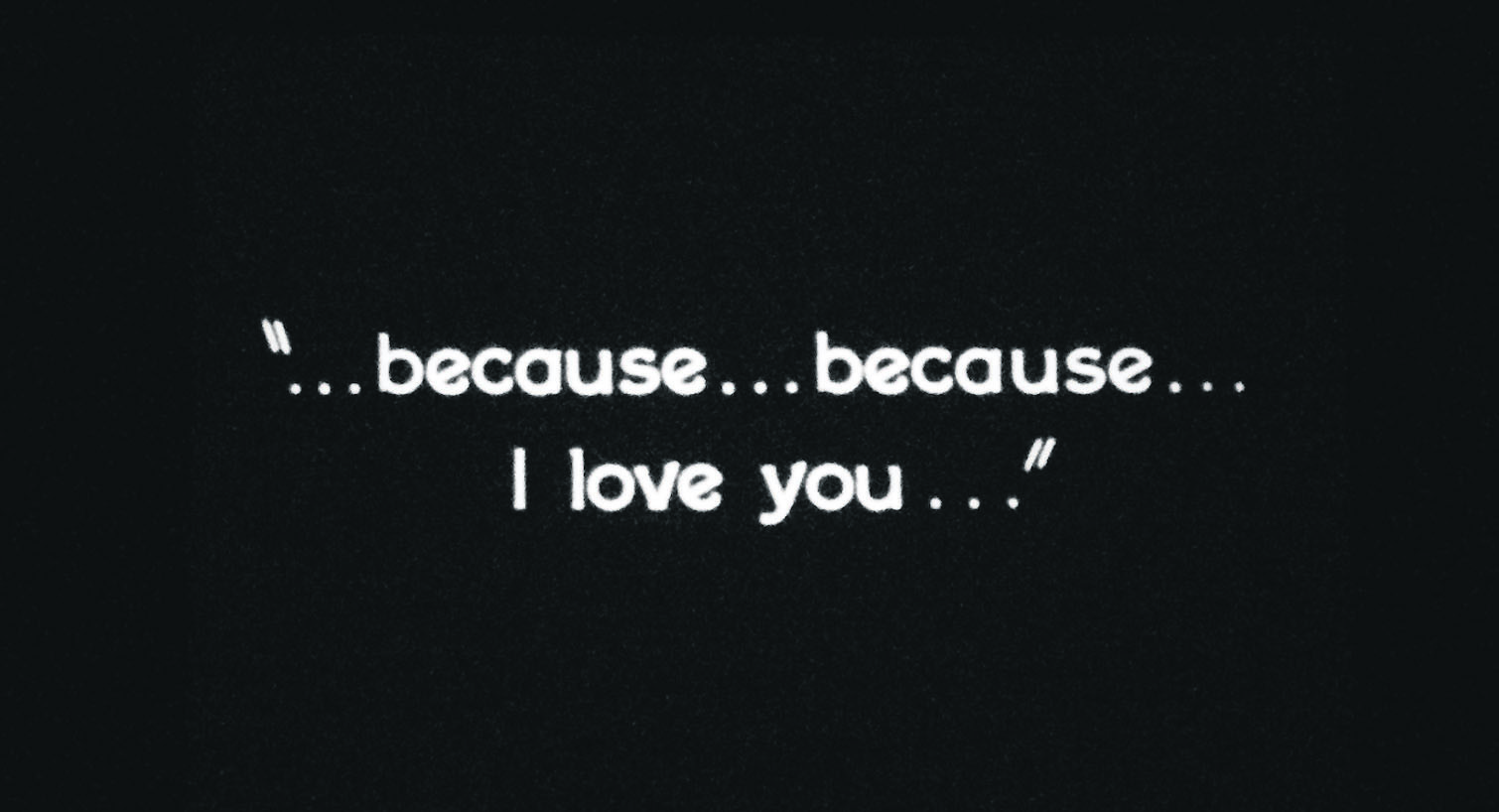 The second installation of Heinz Peter Schwerfel's special Dirimart curation from the biannual KINO DER KUNST art film festival in Munich features the 28-minute video ‘Tales of Us' (2014) by Oliver Piestch. It is a poignant, collagist visualization of humanity in direct confrontation with youth, love and mortality

A man walking from Istanbul's downtown core descends down the sloping runoffs of post-industrial urbanization through the ramshackle, migrant neighborhood of Dolapdere, leading into cinematic darkness. Outside is bright and hot, and the streets beam with life, exhausted and exuberant alike. The indoor shade is cool and muffled, encased in a sleek building where the airs of high art surface for a breath under the digital aesthetic of gold-hued signage.

Dirimart reigns with worldly sophistication over the local culture sphere as on a tight ship circumnavigating the globe, traversing uncharted waters in search of pure visual treasure. It is found in a moving image, beginning with the familiar faces of teen angst, claiming the pubescent fantasies of an unreal world for the taking, where all that lives in opposition, biologically speaking, is to be possessed.

To establish the video procession, men, from the earliest stages of maturation, affirm the primordial, masculine aggression to dominance that has defined Western civilization since time immemorial with its urge to subdue nature, only stopping short when they are forced to look into themselves. Therein lies an altogether different set of obstacles, demanding metaphysical bravery above all. "Tales of Us" (2014) starts along such lines, with a pockmarked adolescent at the head of his schoolboy pack scheming a tale, a delusion, where countless beautiful young woman exist simply to please them, to make his puerile dreams come true. 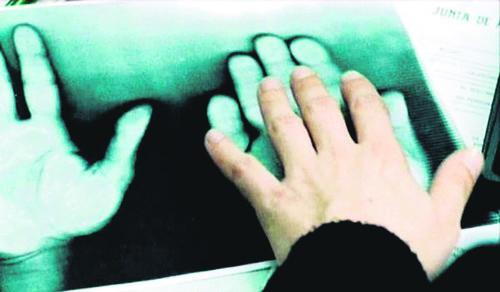 "Tales of Us" (2014) by Oliver Pietsch, video still, from the Vienna Shorts 2015 festival (courtesy of viennashorts.com).

One rational friend replies with sharp sarcasm: "Nobody likes us. Why are you messing with a fantasy?" He responds: "We know about the reality. Don't ruin a fantasy." And the film kicks off with a chilling menagerie of recycled clips, a technique that German video artist Oliver Piestch has stylized to pitch perfection over his many years exhibiting works in solo and group shows around the world, peaking with distinction when he won the 2012 Best Film Award at the Swedenborg Film Society in London for his piece, "From Here to Eternity" (2010).

The infinite pillars of life

"Tales of Us" can be interpreted as a series of motifs, opening with wonder, and then coming to passion, love, separation, aging, and finally, the great absence of death. As a whole, the work has the feel of old millennial nostalgia, musing on films from the '80s and '90s, like Tom Cruise's "Risky Business," and Ben Stiller's "There's Something About Mary," crisscrossing the awkward pranks and coquettish looks that rise with early body development and spliced with experimental flashes of courageous beauty and youthful audacity.

As a lone girl smiles at a garage wallpaper printout of David Bowie, the classic 1968 song, "One" by Harry Nilsson sounds off, echoing in recent film history with Aimee Mann's version, known best in P.T. Anderson's film, "Magnolia," which has many aesthetic similarities to Piestch's work, in editing and ambiance.

In the midst of hysterical hype and blissful naivety, a skinny man with thinning hair stands front and center in the camera frame, and looking down reflectively, enters into a pessimistic monologue in the middle of a sunlit park, as multicolored balloons and deep green trees wave out of focus behind him while the half-hour montage of a film continues. "People always end up the way they started out. No one ever changes," he says, with a convincing, steady tone. "Whether you're 13 or 50, you'll always be the same."

The work of Piestch comments on the essential drama of being with intensive scrutiny both on human life, with its collective plagues of insecurities, and the film industry, with its desensitizing use of repetitive provocation. The artist has chosen the language of video and film as a tool through which to tell his nonlinear, often abstract, visual narratives that dive into the subconsciousness of mass society and return with calls to probe the irrepressible and perennial questions of existence.

He does so with a refreshing, unapologetic vitality, enriching seers to overcome the sensations of shock and disgust, so that they may ultimately enjoy the reward of a world that is fragmented, but true to immediate experience, where normalcy has no ground in lived reality, where the visceral fragility and nagging mystery of day-to-day thought is dissected and analyzed to creative abandon. With patience, his rapid successions of hypnotic images offer tantalizing clues into the nature of suffering, as in the Buddhist determination, sourced in desire.

Between birth and death

Following a particularly effective transition from percussive music to complete silence when the digitized appearance of the camera lens is smeared with cosmic fluid that rains down from the starry universe, a professorial voice thunders: "You get Lacan's point, fantasies have to be unrealistic because the moment, the second that you get what you seek, you don't, you can't want it anymore." The clips are suggestive, but still innocent in many ways, merely a meander over the gripping impulses that haunt men and women throughout the entire span of life. As the voice carries on: "In order to exist, desire must have its objects perpetually absent."

And here, Piestch undercuts the fundamental attraction to film, in which the minds and hearts of every living generation have been

thoroughly steeped and basted. By mastering jump cut editing, he exposes the unseen, indifferent layers of advertising and appeal that define perception, as in the most popular medium of entertainment and information, and in a time when the globalized world is overfull with people superficially and unnaturally connected by figments and shadows of each other. It is a method akin to the literary venture pioneered by the Dadaists of the 1920s and later advanced by William Burroughs and Brion Gysin, called "the cut-up technique" where eccentric geniuses perform miracles of reinterpretation by slicing and folding texts to read them anew, typically as inspiration for novel creations.

When nothing is really happening in front of the eyes of a seer, as one who stares blankly at a video screen, but through and through it looks and feels like something is happening, specifically that which on his or her mind, the art of film realizes its essence. The celluloid form is the prime catalyst of the modern and contemporary, an alchemical medium by which the creative principles of the mind are activated, prompting the overactive imagination in the way of a pent up youth aware that they exist only while mulling and moping from classroom to classroom, from house to house, building to building, field to field. The common theme is dire repression, and is known to all who experience life as if they were constantly on the same, alarmingly predictable path set to a perfect circle of unoriginal return.

"Tales of Us" appreciates one of the most touching scenes in the last decade of film, drawing out its emotional sensitivity with Piestch's signature powers of invention, where he contextualizes the subtlest facial expressions and inflections of the voice with visual references that stress truths so profound they are unsettling, as they are able to pierce the raw heart of the seer already weakened to adoration by the onslaught of finely diced cinematic excerpts. It is from a 2012 festival favorite, "The Sessions," where Helen Hunt and John Hawkes share a beautiful moment of suspension from the emotional gravity of amorous attachment. With a face floating in euphoric contemplation, Hawkes's character, Mark, a man bedridden with an iron lung, asks her: "What happens when people become attached to each other?"

As he presses on with his existential interrogation, his voice has an otherworldly cadence, like someone drifting down from the clouds to observe human drama for an amusing afternoon, only to return to a home in the clear, open sky. Hunt, in a vulnerable role, plays a kind woman named Cheryl, who responds: "Nothing or everything. The rest is by negotiation. You can leave it at love and attraction, or you can make things complicated, like most people do."