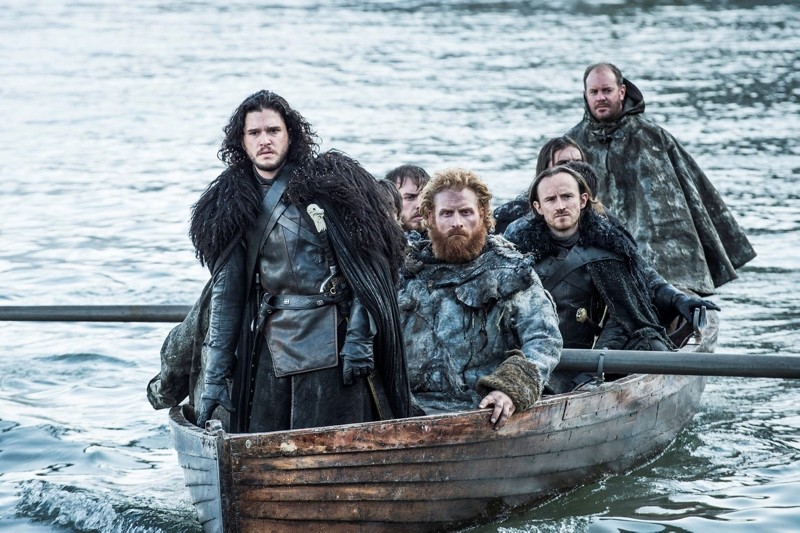 "Game of Thrones" roared back onto the Emmy Award battlefield, topping Thursday's nominations with 22 bids but with a formidable opponent in last year's winner, "The Handmaid's Tale," while a streaming platform made history by earning the most bids for the first time.

Netflix's 112 nominations took away the front-runner title that HBO held since 2001, giving cable and broadcast TV more reason to fear their future in viewers as well as honors. HBO is no piker: It claimed 108 bids.

"Game of Thrones" helped boost the premium cable service's total and became the most-nominated series of all time, with its 129 nods topping the 124 nominations earned by "ER."

Donald Glover's "Atlanta" was the top comedy series nominee the with 16 bids, poised to take advantage of the absence this time around of three-time winner "Veep." ''Atlanta" will face newcomers including "The Marvelous Mrs. Maisel," ''Glow" and "Barry." Others in the category include "black'ish," ''Silicon Valley," ''Curb Your Enthusiasm" and "Unbreakable Kimmy Schmidt."

The short-lived revival of "Roseanne," canceled because of star Roseanne Barr's racist tweet, drew only one major nomination, a supporting actress nod for Laurie Metcalf. Another revival, "Will & Grace," got Emmy love for nominees Megan Mullally and Molly Shannon but the main stars and series itself were snubbed.

"Killing Eve" star Sandra Oh made history of her own, becoming the first actress of Asian descent to be nominated for lead acting honors in a drama series.

"Saturday Night Live," riding high with its relentless pillorying of the Trump administration, was rewarded with 21 nods.

HBO's fantasy dragons-and-swords saga is a two-time best drama winner that sat out last year's awards because of its production schedule. Although it's up for top series honors, it drew only three supporting actor bids for cast members Lena Headey, Nikolaj Coster-Waldau and Peter Dinklage.

The Emmys ceremony airs Sept. 17 on NBC with Colin Jost and Michael Che of "Saturday Night Live" as hosts.

Here is a list of the nominees in key categories:

Sterling K. Brown, "This is Us"

Milo Ventimiglia, "This is Us"