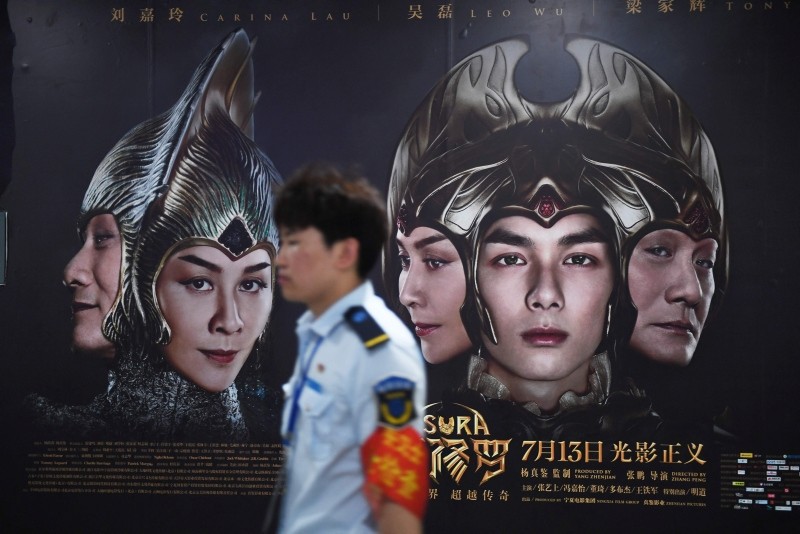 With a $113-million budget, the most expensive Chinese film ever made has become a flop of historic proportions, pulled from theaters on its opening weekend after bringing in a paltry $7.3 million.

The film cost 750 million yuan ($113.5 million) to make, state media said, and opened on Friday, but Chinese ticketing platform Maoyan said it only took in just over $7.3 million at the weekend.

By Sunday, the film's official social media account posted a statement declaring that it would be removed from theaters as of 10 p.m. that night.

"We express our apologies to all those who wanted to but won't have the chance to see it," it said.

Most of China's biggest blockbusters to date have been made with half the budget lavished on "Asura."

The estimated loss of $106 million would make it the fifth-biggest flop in movie history worldwide, behind frontrunner "Sinbad: Legend of the Seven Seas" which suffered losses of $125 million, according to data from website Box Office Mojo.

State media had touted the movie before it was released, with the China Daily hailing "Asura" as "the most hotly anticipated blockbuster of China's competitive summer season."

"It's a very imaginative movie. We wanted the film to raise confidence in our own culture and train more domestic talent," Yang Hongtao, chairman of Ningxia Film Group, one of the movie's backers, told the paper ahead of Friday's opening.

Six years in the making, the film was heavy on expensive visuals, featuring 2,400 scenes with special effects in its runtime of just 141 minutes, the paper noted.

Yet the film garnered a rotten 3.1 rating on Douban, China's most influential user review platform.

"My god, it's horrifying! It's just a magnificent pile of excrement!" one user wrote.

On opening day, "Asura" netted an 8.4 rating out of 10 on Alibaba-owned Tao Piaopiao. But on Maoyan, backed by Alibaba's rival tech giant Tencent, reviewers had given it just 4.9.

"It was garbage anyway," one reviewer wrote.