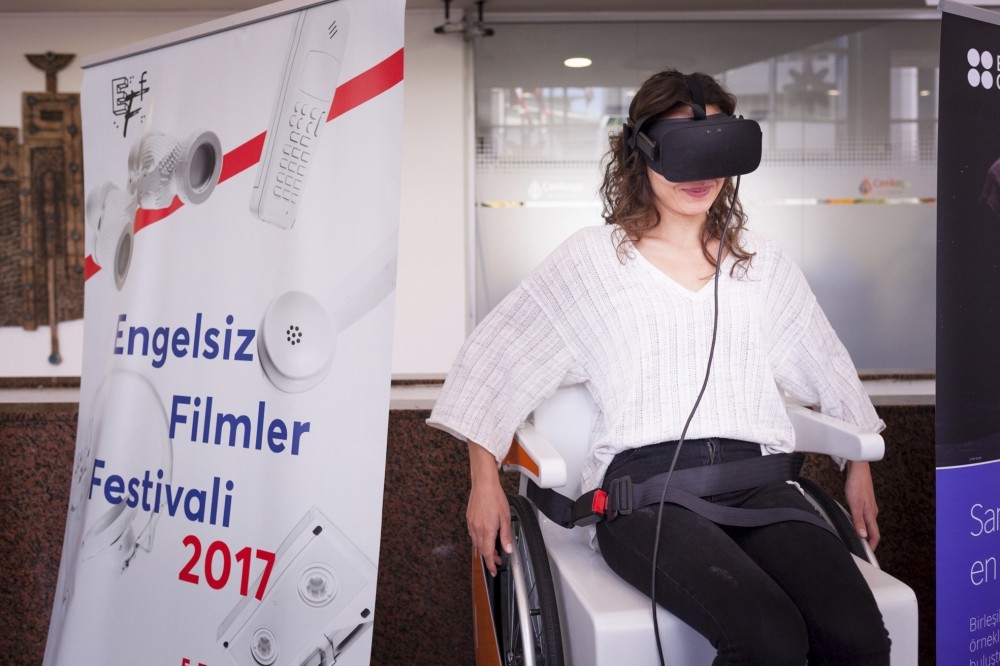 The Accessible Film Festival, organized for the sixth time to provide equal access to culture to all people, regardless of disabilities, will again be held in Istanbul, Eskişehir and Ankara provinces.

The festival, which screens nearly 40 films - the best examples of Turkish and world cinema - with access for visually and hearing-impaired cinema lovers, also offers many other events for the impaired.

The festival takes place in Istanbul Oct. 8-10, in Eskişehir Oct. 12-14 and in Ankara Oct. 17-21. The program consists of seven parts: Competition Without Barriers with local productions from 2017, Turkish Cinema with prominent Turkish films, From the World with award-winning recent films of world cinema, Films Without Barriers that encourages us to think about our perception of disability, From History of Cinema with Turkish and world classics, For Children to inspire a new generation filmmakers to imagine and The Long & Short of It for lovers of short films.

The program also has the Animation of Heroes Workshop for children aged 9-12, Autism Friendly Screening for children and youth on the autism spectrum, Virtual Reality Experience, held for the first time last year, and conversations with film guests after films.

All the films will be screened with audio descriptions for visually impaired people and with sign language and detailed subtitles for the hearing impaired prepared by the Audio Description Foundation.

All film screenings and other events are free of charge. Organized by Puruli Culture & Art, the main supporter of the Accessible Film Festival is the Açık Toplum Foundation. The European Union Turkey Delegation, the British Council, the French Cultural Center in Ankara, the Goethe-Institut Ankara, the Embassy of Ireland and tyhje Consulate General of Switzerland are among the festival supporters. Visit the festival website for more information and Facebook, Instagram and Twitter for announcements.