'A Good Day's Work' to premiere at Sarajevo Film Festival 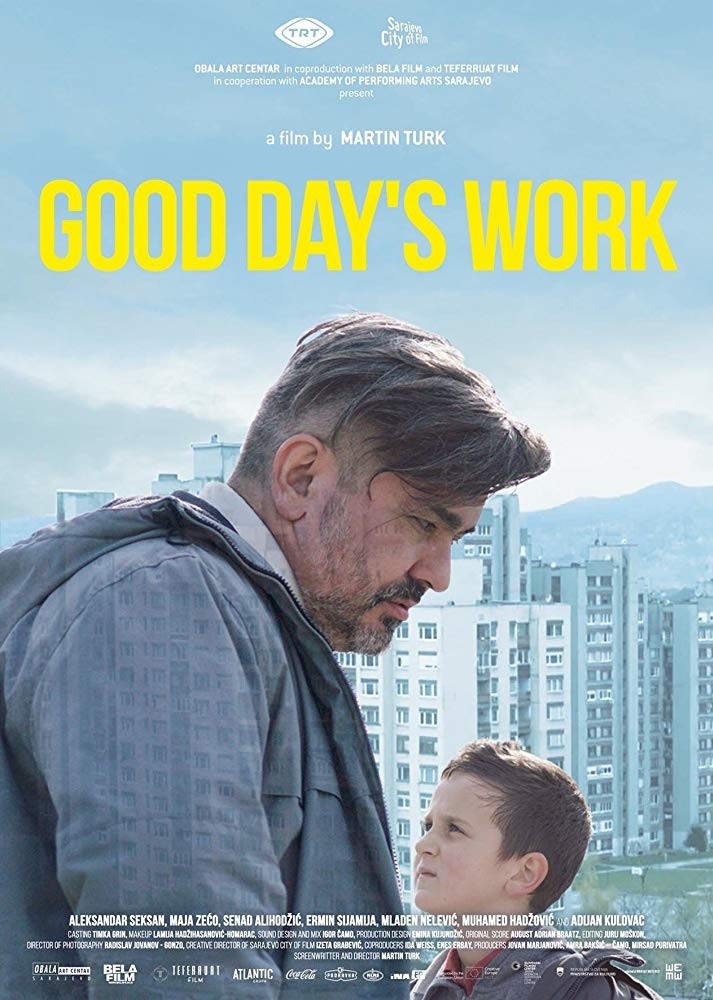 During last year's Sarajevo Film Festival (SFF), the festival and Turkish Radio and Television (TRT), Turkey's national broadcaster, started a production scheme called the Sarajevo City of Film for Global Screen (SCF GS) in a bid to make a feature film. The film to be made was "A Good Day's Work," by Slovenian director Martin Turk.

The shooting of the film, funded by TRT and produced by the Obala Art Centre, started in October 2017. Prepared in a short time, "A Good Day's Work" will premiere at this year's SFF on Aug. 17.

The film is a character-driven social drama that tells the story of Armin, an ordinary man struggling to find his place in life. His story reflects on how the devaluation of human integrity is one of the most painful consequences of any crisis.

Unemployed for a long time Armin is in desperate need of a job. His wife Jasmina is pregnant; his son Edin has behavioral problems at school. He has a promising interview for the position of a school caretaker. When his car won't start on the morning of the interview, he starts walking. In front of his eyes a cyclist is injured in a hit-and-run. Armin calls up the ambulance and police. By the time he finally makes it to the interview it is already over. Before he can reveal his latest failure to Jasmina, another work offer suddenly arrives. His brother-in-law takes him to a slaughterhouse on the outskirts of town, but it soon becomes apparent he doesn't have the stomach to be a butcher. Incidentally, his caretaker qualifications land him the position of a security guard and things are finally going his way.

The director of photography is a renowned Croatian cinematographer, Radislav Jovanov Gonzo, while Emina Kujundzic is the costume designer and stage designer.

Martin Turk, born in 1978, is a graduate of the Academy of Theatre, Radio, Film and Television in Ljubljana, the capital of Slovenia. He has made a number of award-winning short films that have been screened around the world, including "Every Day Is Not the Same" which premiered at the Directors' Fortnight in Cannes. In 2009, he was selected for Cannes "Cinéfondation Residence" for his feature project "Feed Me with Your Words." "A Good Day's Work" is Turk's second feature film.