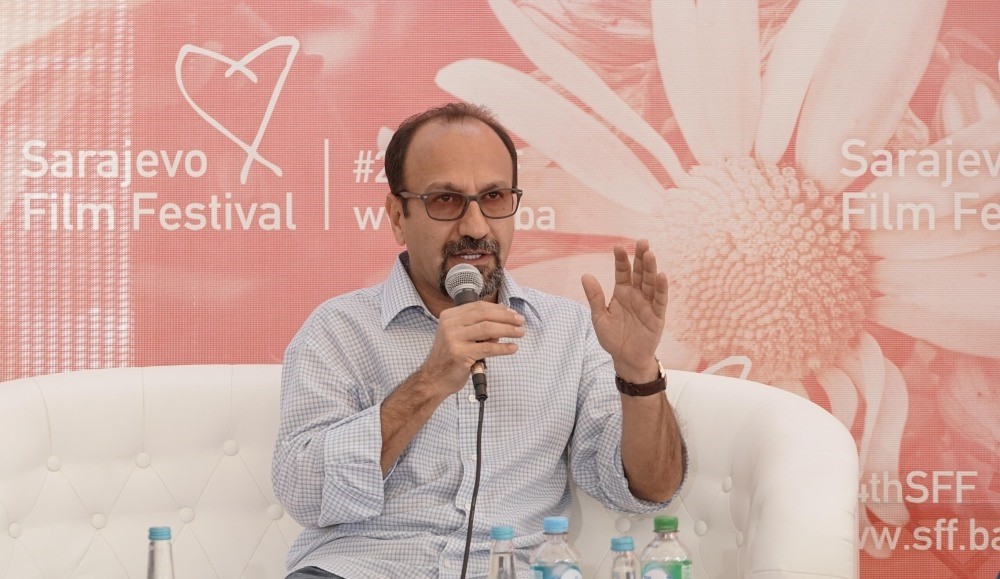 The Sarajevo Film Festival's (SFF) "Coffee with" program hosted the Iranian double-Oscar winner and filmmaker Asghar Farhadi, who was in Sarajevo as the jury president of the festival.

Farhadi met with members of the press at SFF, which also where his latest movie "Everybody Knows" (Todos lo saben) is playing as part of the "Focus" section of the program.

The Iranian director said that his movie is set in the south of Spain and that Spain resembles Iran. "When I first visited I was tense but I saw that Spain is a free country," Farhadi said.

He said he looks for countries that resemble Iran. "I pick countries that have common aspects to Iran. For example, I cannot film in France because we do not have too many common qualities," Farhadi explained.

The director spoke about the movie, in particular the role played by Javier Bardem. In the film Bardem is from a lower class and is portraying the "hidden" social class conflict in every country. "I picked Bardem and Penelope Cruz not for their fame but for their incredible acting. Spain has seriously good actors."

'I do not tell actors what the movie is about'

Highlighting that he likes to be close to real life in his productions, Farhadi said he never gives details to his actors about the movie, rather just tells them the past and the future of the characters as he believes this is the key to acting.

Speaking about Cruz, Farhadi noted that her character, the way she sits and stands resembles the soul of a female wolf.

"Lately, everyone is watching series yet series do not make you think. You like them but you never think about them. In this respect, I keep the beginning of my movies long. I want the audience to know the characters. There is always action, [but] the beginning of the movie is very important for me because you come back to the beginning several times," Farhadi said.

"Everybody Knows" was screened in the open air theater at the festival and watched by 4,000 people. Starring Javier Bardem and Penelope Cruz, it is the first movie shot in Spanish by the Iranian director.

About the Sarajevo Film Festival

Organized in order to revive Sarajevo with movies and to erase the bad memories of the Bosnian War (1992-1995), the Sarajevo Film Festival hosts directors, scriptwriters and producers from around the world, including Turkey.

Turkish broadcaster TRT is among the sponsors of the festival's main category and along with "Pigeons Thieves" from Turkey, 10 movies from Romania, Hungary, Germany, Bulgaria, Croatia and Serbia will also be competing.

Bringing together dozens of successful films, directors and producers from countries around the world, the festival will show 266 films from 56 countries until Aug. 17. Forty-two movies will premiere at the festival.

In addition, international scriptwriter and director Nuri Bilge Ceylan was presented with the Heart of Sarajevo Award at the festival.

The film festival is one of the leading cultural events in Europe.