A touch of movies at upcoming Istanbul music festival 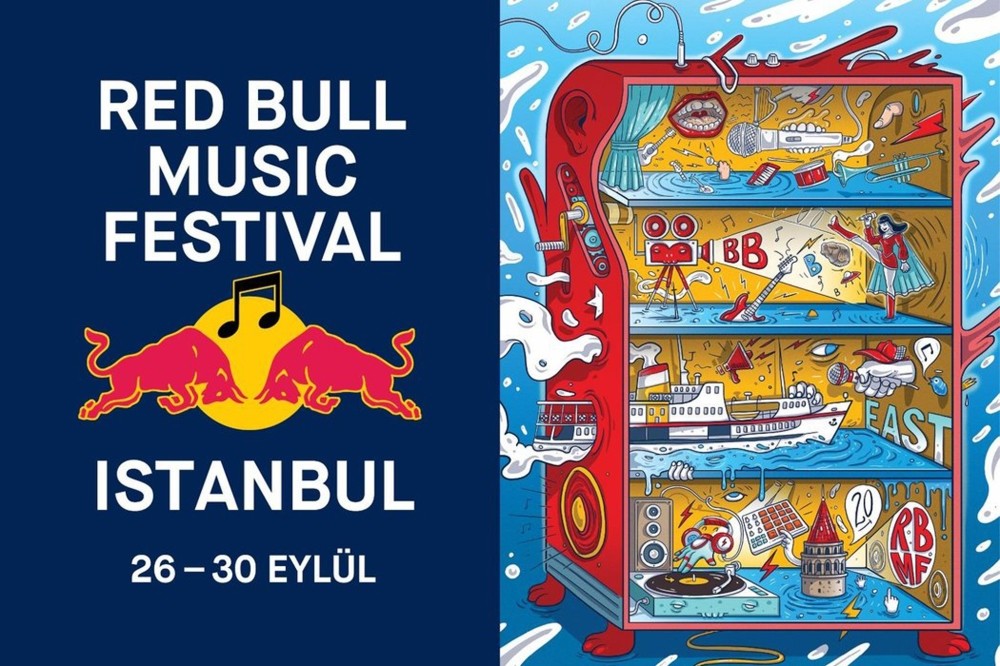 Held in many cities worldwide, including New York, Sao Paolo, Los Angeles, Paris and Berlin, the Red Bull Music Festival is now being organized for an Istanbul audience with various music performances as well as B-movie screenings and talks

With its unique and conceptual approach to programming and curation, the Istanbul edition of the music festival, which also takes place in cities like New York, Sao Paolo, Los Angeles, Paris and Berlin, will kick off with an exclusive concept called "Round Robin" on Wednesday, Sept. 26 in the Austrian Consulate's garden. The first night will present an improvised multidisciplinary performance by 14 artists curated by Murat Ertel, who has performed in seminal collectives of Istanbul's alternative scene, including ZeN and BaBa ZuLa.

On its second day, the festival will explore B-movies, a genre that emerged between the 1950s and the 1980s. Creating new compositions for the film "Yılmayan Şeytan" (Dauntless Evil), Gaye Su Akyol and Bubituzak will perform on Thursday, Sept. 27 at Kadıköy Cinema Hall, presenting a special concert as part of the theme of the Art of B-Movies. Movie critic Melikşah Altuntaş and movie directors Can Evrenol, Kunt Tulgar and Güven Erkin Erkal will be hosting a special B-movie lecture just before the concert. In addition to the lecture and concert, Kadıköy Sineması will screen five B-movies at midnight for free.

With limited budgets and unlimited imagination, B-movies are also famous for their poster aesthetics. The festival will pay tribute to these posters that are as impressive, fun and inspiring as the films themselves with a remake exhibition from Sept. 26-30as part of the festival's Art of B-Movies events.

On Friday, Sept. 28 at Zorlu Performing Arts Center (PSM), East vs. West will present a "Kamufle and Friends" show featuring Turkish hip-hop stars. Turkish rap star Ezhel will be on stage with surprise guests along with one the U.K.'s most successful female MCs, Little Simz, and American rapper and activist Zebra Katz.

The festival is dedicated to celebrating Red Bull Music Academy's 20th year with an extraordinary experience. The celebration will take place on two stages in the amazing atmosphere of Beykoz Shoe Factory on Sept. 29 with an ambitious visual and audial program. Audio-visual and experimental shows, the Rave stage for party-lovers and artist collaborations will leave everyone wondering what will happen next. The experimental stage will host Pan Daijing, The Bug featuring Miss Red, Dopplereffekt and İpek Görgün in collaboration with Fennesz. The Rave stage will start the party with a B2B performance by Robogeisha and Seretan, and then turn over the booth to Sassy J B2B Volcov right after. As night turns to day, the Talaboman project by John Talabot and Axel Boman will take the stage, followed by a B2B performance by Barış K and Vladimir Ivkovic.