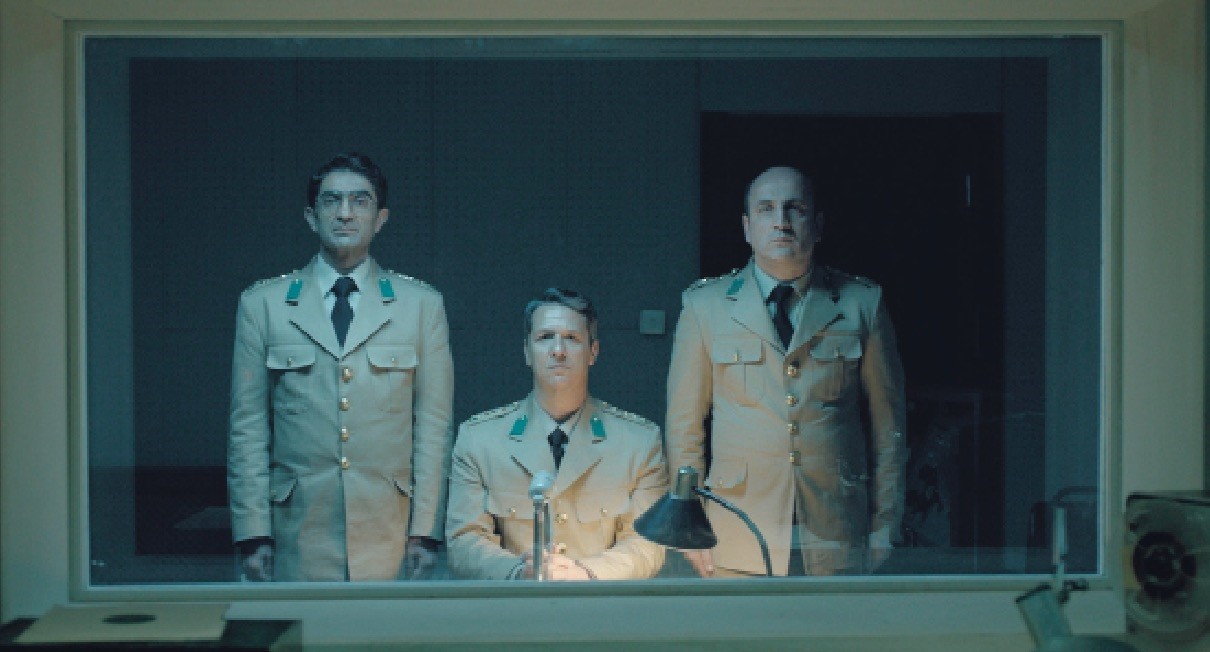 Award-winning Turkish director Mahmut Fazıl Coşkun's new film "Anons" (Announcement) will have its world premiere at the 75th Venice International Film Festival on Sept. 1. It is the unusual story of four soldiers dismissed from the army in the 1960s. The film will compete in the Orizzonti (Horizons) section of the festival.

This is Coşkun's third feature-length movie. He previously directed "Uzak İhtimal" (Wrong Rosary) and "Yozgat Blues," and is one of the 18 movies selected for the international competition section of the Venice International Film Festival, to be held from Aug. 29 to Sept. 8.

The movie will premiere at the Sala Dersena on Sept. 1 and its second viewing will occur on Sept. 2, at the Pala Biennale.

The film takes place in 1963, in the last days of May. Lt. Şinasi, Cmdr. Kemal, Cmdr. Rıfat and Col. Reha are planning to announce a military coup declaration that will start in Ankara on Istanbul Radio. After an effective and strong announcement, they are sure that the coup attempt will be successful, and that public will support them. But nothing will go as they expected. These four soldiers who believe that everything could be solved with planning and military force feel that they can decide on behalf of others. But what defeats them is the invisible power of civil life.

Produced by Filmotto, "Announcement" is a co-production of BKM (Turkey) and Chouchkov Brothers (Bulgaria) and has been shot with the support of the Culture and Tourism Ministry, the Ministry Cinema General Directorate and Bulgaria Movie Center. It was produced by Halil Kardaş, Tarık Tufan, Borislav Chouchkov, Viktor Chouchkov and Georgi Abrashev.

The movie will be released in the coming months and continue its festival journey.