The 19th International Golden Saffron Documentary Film Festival will be held from Sept. 6 to 8 this year.

The main theme of the festival is "Cultural Heritage and Conservation" followed by a side theme of "Culture of neighborhoods." The side theme is meant to start conversations on the almost forgotten neighborhood cultures and customs, and passing them on to the next generations.

Documentary films will be presented to movie buffs from today till Saturday at the Golden Saffron Documentary Film Museum and Academy. 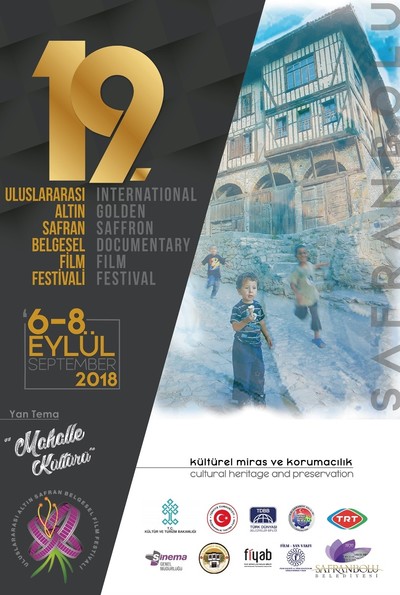 Famous directors Umur Bugay, Ümit Efekan, Yalçın Yelence and Hilal Saral, were awarded the Lifetime Honorary Award by the festival committee, and will attend the festival as well. A plaque will be presented at the opening ceremony by the Festival Committee to formidable names of Turkish Cinema, who have provided significant contributions to cinema, reminding us of the neighborhood culture.

The festival will kick off at Köyiçi Square at 6:30 p.m. on Sept. 6, followed by the cortege march attended by famous film artists, a torch burning at the Misak-ı Milli Demokrasi Square, a fireworks display and folk dance performances.

While "Safranbolu Meeting Selection Exhibition" prepared by the photo editors of the national press, and a panel titled "The Reflection of Neighborhood Culture on Television Series" will be held at Cinci Inn with the participation by Umur Bugay, Cihat Tamer, Erkan Can, Aydan Burhan and Atılay Uluışık, along with Film-San Foundation General Manager Kıvanç Terzioğlu as the moderator. The panel "Neighborhood Culture in Local Memories" will be held at the Golden Saffron Documentary Museum and Academy with Assoc. Prof. Dr. Barış Sarıköse as the moderator, followed by the Golden Saffron Photography Contest Selection Exhibition. Meanwhile, the Funkara band, pantomime artists and trio music band will take the stage during the festival.