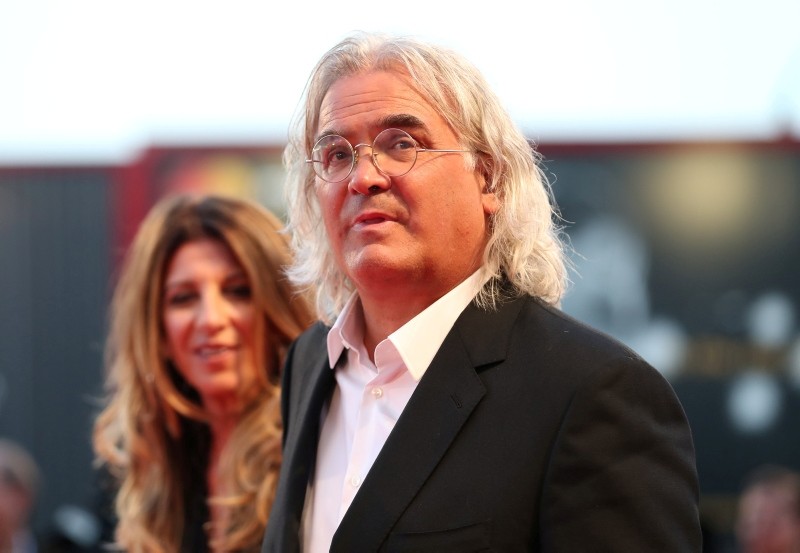 Director Paul Greengrass arrives at the screening of the film ,22 July, during the 75th Venice Film Festival at Venice Lido. (Reuters Photo)
by Sep 06, 2018 12:00 am

The far right surge in Europe risks "incubating" more of the violence unleashed by Anders Behring Breivik, the maker of a film about the 2011 Norway attacks warned Wednesday.

Paul Greengrass, the British director of "Bloody Sunday" and the Oscar-nominated "United 93" -- about the passengers on 9/11 who fought the hijackers -- made the comments as his film "22 July" was shown at the Venice film festival.

Breivik killed 77 people in one day in the worst solo mass shooting in history, most of them young social democrat activists at a summer camp on the island of Utoya near Olso.

With his highly-emotional film about the killings and the subsequent trial bringing critics to their feet, Greengrass said the rising tide of populist nationalism was a "grave threat to democracy and our way of life".

"We are facing an unprecedented movement towards nativism and populism. That is not to say that the people who endorse those ideas would act in the way that Anders Brievik did," he told reporters.

"But what is troubling when you read Breivik's testimony is that the world view he propagated and the arguments that he used -- that in 2011 were considered outre -- are now pretty much mainstream."

Greengrass, who consulted families of the victims and survivors while working on the film, said no answer has yet been found to check the extreme right beyond French's President Emmanuel Macron's election defeat of Marine Le Pen.

"Until people do, the shift to the right is going to get worse, and the danger incubated within that is a growing fringe of hatred that can foster violence," said the maker of the "Jason Bourne" blockbusters.

"22 July" was premiered on the same day at Venice as a new Errol Morris documentary about Donald Trump's former strategist and hero of the alt right Steve Bannon.

In it he evokes a "coming revolution" in America born of the anger of the "common man", which found an eerie echo in the Greengrass film where the Breivik character uses the same phrase.

"It would be grossly unfair of me to equate Mr. Bannon with that," Greengrass told reporters. "I do not approve of the way he gives succor to hard right views in Europe. That is troubling and dangerous. The world view is the same," he insisted.

Greengrass said "democracies have to fight for themselves and win the arguments", which he said happened in Norway with the Breivik trial.

"We face a grave threat to our way of life. Our parents and grandparents lived through the 1930s and realized that nationalism unchecked leads to warfare and conflict," he added.

"They built a world after 1945 with the express intention of keeping nationalism within boundaries. Over the past 10 to 15 years those moorings have started to become frayed, and you are getting this virulent rise of hatred and nativism."

Actor Anders Danielsen Lie, who plays Breivik, "the most hated Norwegian ever", said he was a lone wolf, but one "operating within an ideological context.

"There are many people out there who share his ideas. You also have to ask the question why a well-off, white middle-class person in one of the best countries in the world to live in would do such a thing?"

"22 July" is one of a clutch of screen attempts to deal with the Norway attacks. Earlier this year "Utoya 22", a harrowing depiction of Breivik's killing spree, was premiered at the Berlin film festival.

A Swedish film, "Reconstructing Utoya", re-enacts how five people survived the attack, and a television series has also been made.