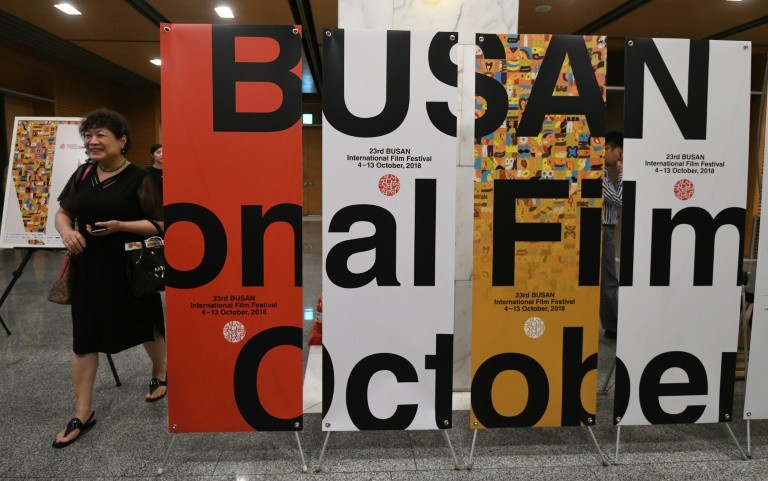 Organizers of Asia's largest film festival have issued a rallying cry to its supporters as the event emerges from years of starring in its own political drama. The Busan International Film Festival (BIFF) hopes to draw a line under its role in a bitter row over the sinking of the Sewol ferry – one of South Korea's deadliest ever disasters – which divided and traumatized the nation. "This edition of the festival is a reunion," said Lee Yong-kwan, chairman of the BIFF organizing committee.

"This year is about our recovery and a return of our status. It's about expansion and reformation. "The festival opens on Thursday with the world premiere of South Korean director Jero Yun's "Beautiful Days," which focuses on a North Korean family reunited after the mother escapes south looking for a better life. Its theme of reconciliation seems a fitting one considering the troubles the BIFF has endured since the festival screened a controversial documentary about the Sewol ferry disaster in 2014.

"The Truth Shall Not Sink with Sewol" was critical of the then-government's handling of the tragedy in April 2014 that left more than 300 people dead, most of them school children.

Investigations into and charges against festival organizers followed, along with significant funding cuts, as the dispute between BIFF and the government played out in public.

Lee and former deputy festival director Jay Jeon were initially removed from their posts but have been reinstated for this year's edition, while the new government of President Moon Jae-in has thrown its support behind the festival.

"We hope this year to become a place that once again brings filmmakers together and that the festival can be back on track," said BIFF programmer Nam Dong-chul. The 23rd edition of the BIFF runs from October 4-13 and will feature 323 films from 79 countries, including 115 having their world premieres. The Korean film industry is expected to be out in force on the opening night with an array of local celebrities gracing the red carpet, including star of the opening film Lee Na-young, as well as Park Hae-il and Moon So-ri, who have brought the Zhang Lu-directed romance "Ode to the Goose" to the festival.

Joining them will be the likes of Hollywood producer Jason Blum (of Oscar-nominated "Whiplash" and "Get Out" fame), acclaimed Chinese art-house darling Zhao Tao ("Ash is the Purest White") and Indian hit-maker Rajkumar Hirani "3 Idiots."

Oscar-winning Japanese composer Ryuichi Sakamoto will also be in town to accept the BIFF's Asian Filmmaker of the Year Award as well as to perform on the opening night.

Local films as always feature prominently, with 16 world premieres in the Korean Cinema Today section including the debut as a lead actress from sometime K-Pop star Choi Soo-young (Girls Generation) in "Memories of a Dead End."

The festival's main competition – the New Currents award for first- or second-time Asian filmmakers – will this year be contested by 10 films from seven countries. It features a rare Bhutanese production, the drama "The Red Phallus" from Tashi Gyeltshen. Hong Kong filmmaker Yuen Woo-ping – famed for his work on the Oscar-winning "Crouching Tiger, Hidden Dragon" and on Hollywood's "Matrix" franchise – has returned to the director's chair for the action film "Master Z: The Ip Man Legacy." The film will bring the festival to a close on October 13 with its world premiere.

"The unique part of BIFF is that it represents a wide range of cultures and filmmakers," said Yuen.

First-time Malaysian director Zahir Omar is among the new talents on show.

Omar is bringing his stylized thriller "Fly By Night" to BIFF for its world premiere and said being accepted by the region's preeminent festival felt "surreal." The Busan festival "allows us the space and support to develop our art," said Omar.

"Many international festivals overlook Asian filmmakers' efforts, but BIFF has become a festival that we all aspire to get into at some point in our careers.

"To say it is a big event would be an understatement."