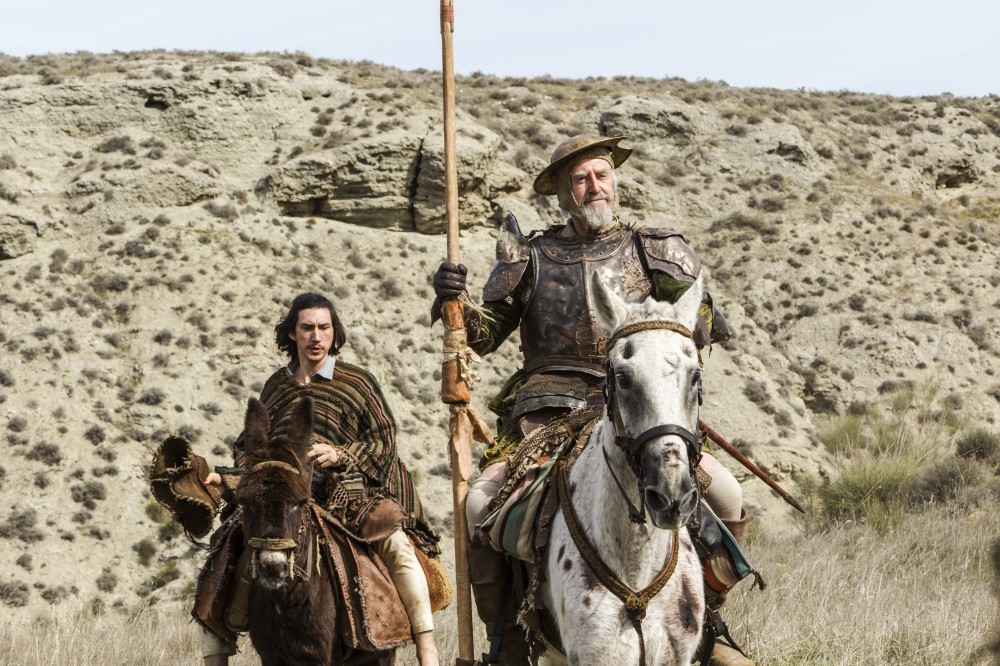 Organized in cooperation with Birlikte Güzel this year, Filmekimi, just like every year, will be the most-talked about movie event in October with its rich program consisting of highly-anticipated and award-winning new productions that have been screened in prestigious festivals and that have attracted the attention of critics and the audience.

"A Star is Born," is directed by and stars Bradley Cooper, one of the brightest Hollywood stars, and features one of the best-loved stories of cinema with Lady Gaga's first great and captivating role in Hollywood.

Jackson Maine, the decadent star of "A Star is Born," is a rock legend who is overwhelmed by fame and seeks consolation in drinking. Jackson is amazed by the voice of amateur singer Ally, who he hears at a bar and helps her ascend the ladder of fame. This is the first film directed by Bradley Cooper who acted in films such as the Hangover series and "Silver Linings Playbook." Lady Gaga, who became accustomed to the camera with her starring role in "American Horror Story: Apocalypse," successfully takes on the role of Barbra Streisand's role in the 1976 original. "A Star is Born" will be screened only once at the opening of Filmekimi.

Hirokazu Kore-eda's new film "Shoplifters" is a heart-wrenching family drama that reflects the admired style of the director. The heroes of the film are a family living in a tiny house and stealing food from supermarkets to live on. The family, which adopts an abandoned little girl on the street, grows this way, but this good deed does not go unpunished. "Shoplifters," the first Japanese film to win the Golden Palm since 1997, was praised by Cate Blanchett, president of the Cannes main competition jury, saying, "The performances of the actors are intertwined with the director's vision." Kore-eda, who addressed the question of "What is a family?" from a social point of view. His film "Like Father Like Son" was screened in 2013 at Filmekimi, and reminds the audience of Ozu, the legendary director of Japanese cinema, with both his technique and subject.

The first film announced by Filmekimi is "Le livre d'image" ("The Image Book"), the new film directed by legendary director Jean-Luc Godard. "Le livre d'image" won the Special Golden Palm which was given for the first time in Cannes where it had its world premiere. The latest film by Godard, one of the most creative, innovative directors in the world, is once again provocative, challenging, political and mind-blowing. "Le livre d'image," where different formats, image sources, sound tracks are clipped, is a mind exercise, a visual bombardment and an exciting masterpiece, claiming that nothing can be considered unique in cinema now.

Polish director Pawel Pawlikowski, who garnered a myriad of awards with "Ida," and the Oscar in particular, returns to the ashes of World War II. "Cold War," for which Pawlikowskiby won the best director award at Cannes, features the passionate love between two musicians, from Poland to Berlin, and from Yugoslavia to the night clubs of bohemian Paris during the Cold War of the 1950s. The film narrates the passion of two lovers who cannot give up each other in a story that progresses by leaping through time in a melancholic mood and plain black and white images. One of the highlights of the film is its soundtracks. In addition to jazz and chansons, the soundtrack also includes folk tunes. The songs and arrangements belong to Mazowsze and avant-garde pianist and composer Marcin Masecki.

'Burning' adapted from the story of Haruki Murakami

"Burning," adapted from the story of cult writer Haruki Murakami, won the International Federation of Film Critics (FIPRESCI) award, getting great acclaim from the critics at Cannes, where it made its world premiere. "Burning" tells the story of anger and obsession on the axis of the love triangle among an unqualified young man, a beautiful girl whom he falls in love with, and a rich and insolent man. A masterpiece adaptation from Murakami, with growing tension, it is the first movie shot by Lee Chang-dong, known for his films "Oasis," "Secret Sunshine" and "Poetry." The power of the film, which is shaped around a mysterious story, stems from its uniquely designed scenes that continue to jog memory even after watching. The film co-stars Korean actor, fashion icon and art historian Yoo Ah-in, along with Steven Yeun from the "Walking Dead" and "Okja" and Jeon Jong-seo.

With its brilliant cast, horrifying story and dazzling visual quality, "The House That Jack Built" led to a dichotomy between the audience and critics. Lars von Trier, who challenges the audience in every film, raising the bar much higher with his latest film which made its world premiere in Cannes. The film starts in the 1970s and follows the horrible murders committed by a serial killer for 12 years through the eyes of the killer himself.

"The House That Jack Built" is the magnificent returns of Matt Dillon and Lars von Trier who have been silent since the 2013 film "Nymphomaniac." The cast also includes Bruno Ganz, Uma Thurman and Riley Keough.

Gaspar Noe, forcing his audiences attention till the end, does not disrupt the rule in "Climax," which was chosen as the best film of the Directors' Fortnight at Cannes. Reflecting "his dreams and nightmares" on the screen, Noe places the dancers in the center of his film this time.

After the last rehearsals by the dancers, Noe surprises with hard-to-digest events one after another in an unexpected way. Dancer-musician Kiddy Smile chose the dancers of "Climax" from "dance wars" in Paris. The film's choreographies are from Diplo, Sia, Björk, Rihanna and Nina McNeely from Los Angeles who worked with 30 Seconds to Mars. We know Sofia Boutella, the choreographer, from "Kingsman." The film features different street dance styles such as waacking, krumping and electrodancers.

A costume drama by Lanthimos: 'The Favorite'

"The Favorite," the last film directed by Yorgos Lanthimos who made an overwhelming impression with films like "The Lobster," "Dogtooth" and "The Killing of a Sacred Deer," made its premier at the Venice Film Festival where it was awarded the Grand Jury Prize. As a costume drama, the film is so different from Lanthimos's previous films. While the war with France continues in the 18th century, two noble cousins, Marlborough Duchess Sarah and her young relative Abigail, start competing to become the favorite of Queen Anne. As Queen Anne's health deteriorates, machinations at the palace, taking strength from power, greed, love and envy continue. "The Favorite," brings together three brilliant actresses of our time, Emma Stone, Olivia Colman and Rachel Weisz, and is a new Lanthimos masterpiece, compared to "The Crown," "All About Eve" and even "Jackie Brown." The magazine Variety calls "The Favorite" a perfectly cut diamond of a movie.

Directed by the admired actor Ethan Hawke, "Blaze" was released in its first run at the Sundance Film Festival. It tells the life of Blaze Foley, one of the backstage heroes of American outlaw country that raised stars such as Merle Haggard and Willie Nelson, and the creator of songs such as "If I Could Only Fly" and "Election Day."

Blaze Foley is a burly, lame and almost drunkard country-blues singer coming from the American countryside whose words are not clear most of the time when he speaks. While playing the guitar, he evokes admiration with his songs about loneliness and longing. However, while he is rising to prominence, Blaze's star shines less and less since he has no control over his anger.

"Everybody Knows," the latest movie by Iranian director Asghar Farhadi whose "A Separation" and "The Salesman" won an Oscar, was screened at the opening of the Cannes Film Festival. Farhadi adds psychological tension and mystery to the subjects of moral choices and family drama, topics in which he masters. "Everybody Knows," the eighth feature-length motion picture by Farhadi, tells the story of a woman, living in Buenos Aires, migrating to Spain with her children. The soundtrack of the film, coming to the fore with its cinematography, was composed by Javier Limón who was also a guest of the Istanbul Jazz Festival with his Mujeres de Agua project.

'Don't Worry, He Won't Get Far On Foot' by Gus Van Sant

"Don't Worry, He Won't Get Far On Foot," the latest film by Gus Van Sant, one of the most important directors of American independent cinema, tells of ambition, a joy of life and an extraordinary success story. While much praised for Joaquin Phoenix's inimitable performance as the starring actor, the film is already getting Oscar buzz. Inspired by the real life story of cartoonist John Callahan, who is also a friend of director Van Sant, the films features 21-year-old Callahan whose legs and lower body are paralyzed by a traffic accident.Callahan discovers his ability to draw during a challenging rehabilitation process he reluctantly undergoes; he strives to overcome alcohol addiction on his way to becoming a world-famous cartoonist. The cast of the film, which made its world premiere at the Sundance Film Festival, includes Carrie Brownstein, Beth Ditto and Kim Gordon from the music world. Gus Van Sant received the Cinema Honorary Award at the 2007 Istanbul Film Festival.

"The Man Who Killed Don Quixote," is the latest film by Terry Gilliam, the legendary filmmaker. As a passion project which has unbridled tempo, a creative plot, a giant cast, spectacular venues and extraordinary sense of humor, the movie is a Gilliam masterpiece in the strictest sense. In the film, which is inspired by Cervantes' masterpiece, Adam Driver plays a taffy-nosed advertising director, while Jonathan Pryce plays a man who thinks he is Don Quixote. When the two meet again years later, they fall into the middle of a contemporary story of Don Quixote, where the real, the imaginary, the past and the present meet, involving a brutal Russian oligarch, a racist producer and ex-lovers. Even though the filmmaking process had begun in the 1990s, it lasted until 2018 due to various misfortunes such as diseases, civil cases, financial difficulties and even floods. The story of "failure to complete" was addressed in a 2002 document named "Lost in La Mancha." "The Man Who Killed Don Quixote" made its world premiere at the Cannes Film Festival.

Whitney Houston, one of the best-loved and much-debated names of pop music, the best-selling female singer in music history with 200 million albums, adding cinema to her brilliant music career and dying early at the age of 48 was a woman of scandals. This versatile music documentary by Oscar-winning director Kevin Macdonald, which made its world premiere in Cannes, features many objects of curiosity about the death of the lonely star, to her staggering career, to her adventure from the past, to becoming a star. "Whitney," brings together Houston's exclusive movies, interviews with her family and closest relatives, demo recordings and little-known stage performances. It looks at not only the life of this unique artist, but also the U.S. music industry and society. We know filmmaker Kevin Macdonald from the 2012 movie "Marley," which is about Bob Marley, "The Last King of Scotland," a fiction film, and YouTube project "Life In A Day." 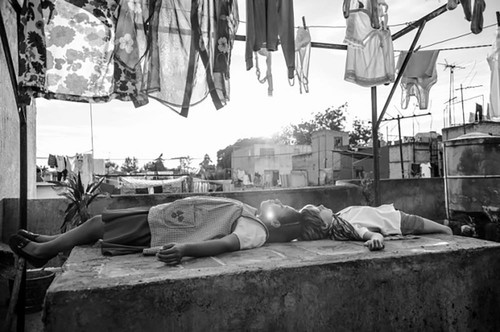 Held by the Istanbul Foundation for Culture and Arts (IKSV) in cooperation with Birlikte Güzel from Oct. 5 to 14, Filmekimi continues to delight cinemagoers with films and additional sessions added to the program. "Roma," directed by Mexican filmmaker Alfonso Cuaron and to be screened on Netflix, will meet with the audience for the first time in Turkey at the closing of Filmekimi on Oct. 15. ISTANBUL / DAILY SABAH