An intimate conversation with Hungarian director Bela Tarr in Antalya 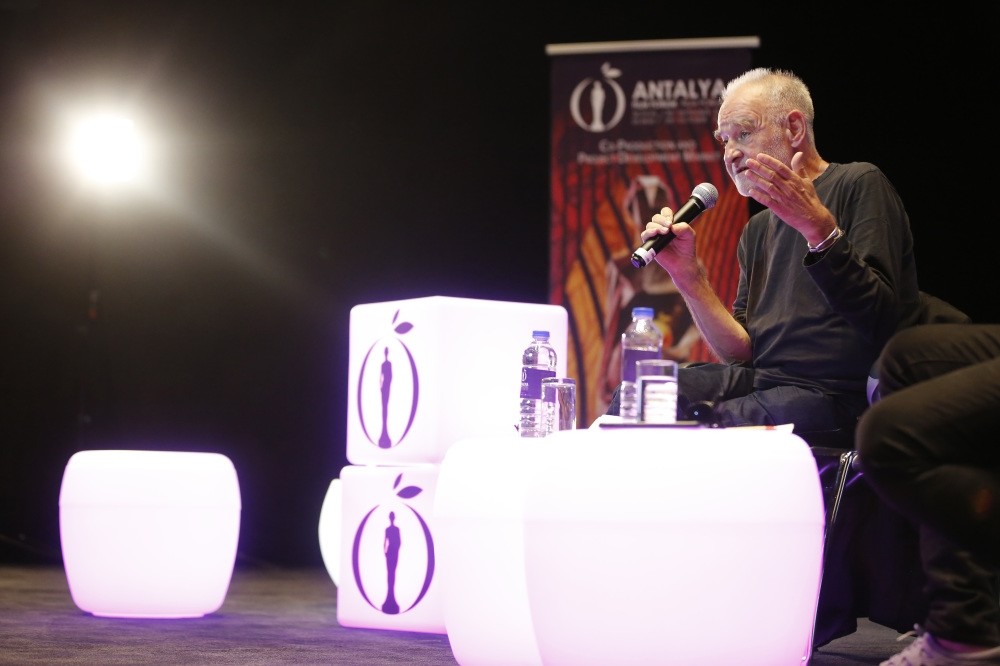 Directing "Satan's Tango" in 1994, one of the best films of the last 25 years, Tarr was nominated for the Cannes' Palm d'Or for "The Man from London" in 2007. He won the Silver Bear for Best Director in Berlin and the International Federation of Film Critics (FIPRESCI) award for "The Turin Horse" in 2011. He said he travels for two years to observe everything before starting to shoot a film.

Since a screenplay is life itself, the master director advised young filmmakers for non-stop observation. "I'm hunt non-stop. I travel for two years before shooting a film to observe everything. You have to know human personality well. If you are a good observer, you have half succeeded. I work with world-renowned actors. I talk to them when I'm on film sets and I add to the film a bit from their own personalities. It's important to be able to explore. I also choose the cast and locations on my own. Music is also one of the main characters of a film. I work with the same composer and team every time, which minimizes problems as much as possible."

Stating that he was 22 when he shot his first film, Tarr said: "You get more familiarized with the world at every film. I saw that there are personal responsibilities more than the social ones. It is the individual that forms the society. The style changes and gets simpler with every film. Gets simpler, however darker." Giving up producing films in 2016, Tarr teaches new generation filmmakers at the Film Factory, the Sarajevo-based film school founded by the director.