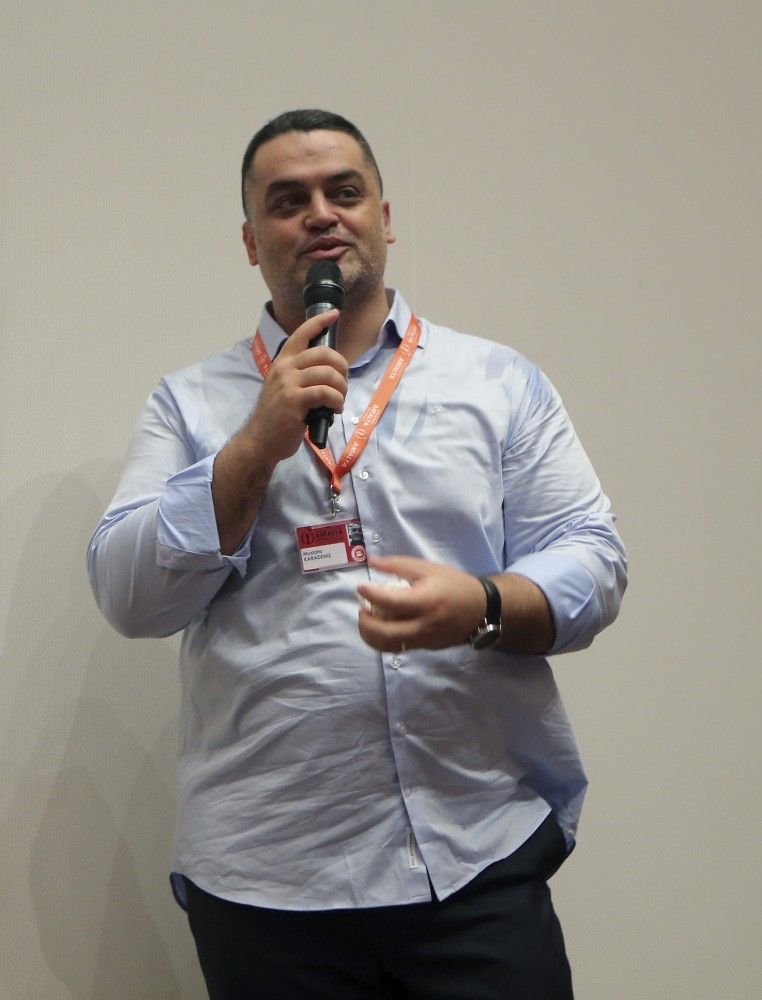 Telling the life story of its director, Mustafa Karadeniz, the film "Çınar" ("Planetree") opened for cinema lovers yesterday as part of the 55th International Antalya Film Festival's competition category. At the Q&A session, where the director and his team answered questions about the film, cinema lovers broke into tears. Answering questions about the scope of the film, Karadeniz said: "My mother's name is Çınar, which is also my son's name. This is my first feature film. I told my own life story with 'Çınar.' The whole story starts with my departure from Sarıkamış, where I was born, for shooting a commercial film. I cried so much, thinking about how my mother and grandfather had lived there. I started to write the story there. Likewise, we are taught at the conservatory, the story you are most familiar with is your own story. Therefore, I also started by writing down my own story."

Karadeniz, the director of the film that follows the struggles of a couple from Kars province's Sarıkamış district and their disabled child, said: "[About] 7o percent of the story is based on my own life story, while the other 30 percent is based on a real story from Sarıkamış. I contracted polio when I was 1 1/2 years old. For five years, throughout the primary school, my mother carried me to school – which was 3 kilometers away – on her back in that cold weather of Sarıkamış. I will be very happy with the film if it touches the heart of a mother that has a disabled child. That's what I was aiming for." Also featuring the story of two families whose babies were switched at birth in his film, the director said: "This is the first time such a story was featured in a film. We consulted three psychologists and pedagogues. In such cases, families don't usually say much in their first encounters, they say. They see each other for a while without exchanging the children and then cut off communication permanently."

Explaining that filming was shot under harsh conditions, Karadeniz said: "We shot the film in Sarıkamış with a team 45 over 45 days, and it was minus 45 degrees Celsius outside. The cameras and the beards of the team were frozen. We were chased by wolves. I was frozen, too. I was really sad, crying so much, and it was extremely cold. I thought about giving up and going back. Then, we regained our motivation and strength. We finally finished filming. I developed high blood pressure due to stress."

The director's mother, Çınar Karadeniz, said: "Mustafa was quite healthy when he was born. He was walking until he was one-and-a-half years old. One day, he stopped walking suddenly. I took him to doctor. It was polio. He underwent eight operations. My husband was an officer in those years. We were stationed in Sarıkamış for his service. I used to carry Mustafa on my back to school. It was very difficult; however, we overcame it all. I did what a mother has to do. I'm proud of my son." The young actor Yunus Emre has been widely praised for his first experience in front of the camera. Saying that the most beautiful element of the film is that it demonstrates a mother's devotion, the young actor received enthusiastic applause from the audience.