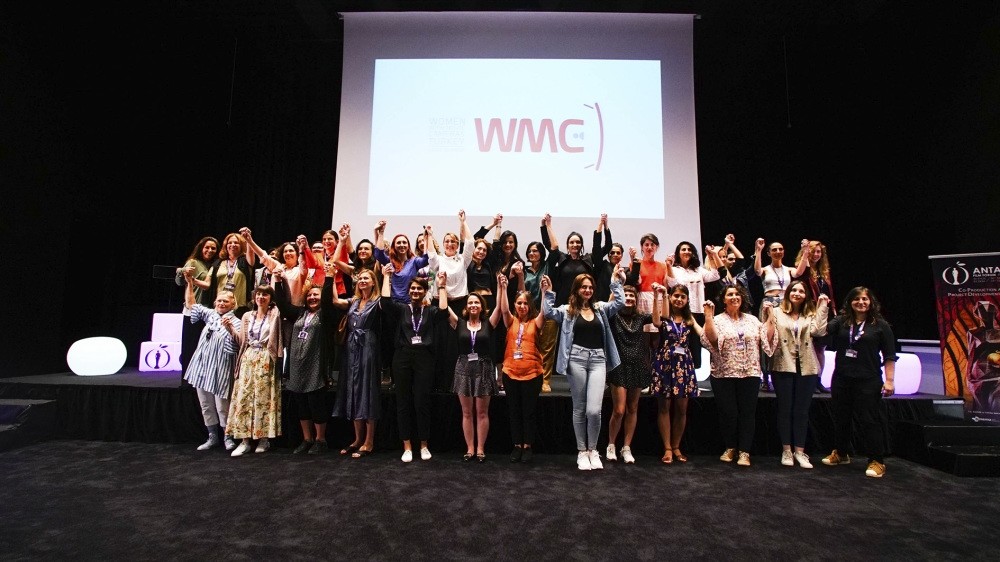 Female directors and producers based in Turkey have come together under the platform "Women with Movie Cameras." Founded by female Turkish filmmakers and with the participation of female directors and producers from the Middle East, Asia and the Balkans, the platform participated in the 55th International Antalya Film Festival. Platform members joined forces to support equal opportunities and also to fight harassment on film sets as part of their participation at the Antalya Film Forum.

Director and screenwriter Burçak Üzen, the founder of "Women with Movie Cameras," spoke about the goals of the organization, saying: "We joined hands to connect a worldwide network and bond with the aim of supporting each other. We stand up for equal opportunities and against discrimination both on set and in the sector. We believe that the distribution of funds and festivals must be 50 percent at least.

As a platform, we guarantee that 'Women with Movie Cameras' will actively stand against discrimination and sexual harassment on film sets. While making films, we watch out for masculine discourse and racist, discriminatory and insulting representations of female characters. As a platform, we stand for solidarity with the motto: 'You Can!' As a helping hand, we gather to offer support or to help rally courage." The members of the European Women's Audiovisual Network (EWA), the largest platform for women in Europe, supported "Women with Movie Cameras" by also participating in the platform.