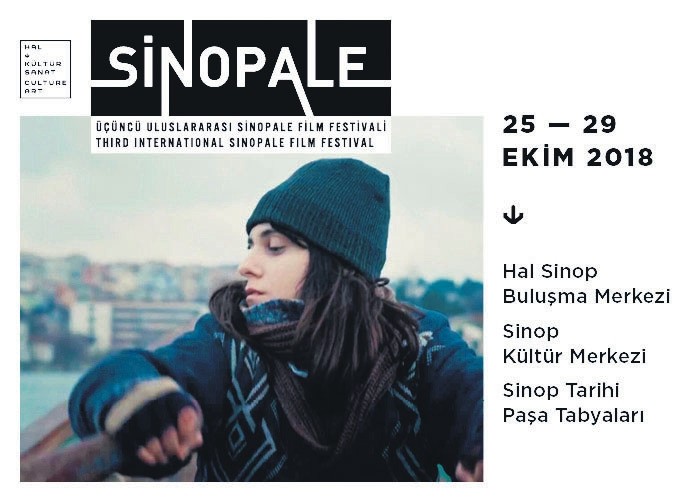 The 3rd Sinopale Film Festival will be organized at the Hal Sinop Meeting Center, Sinop Cultural Center and Sinop Historical Pasha Bastions between Oct. 25 and 29.

The festival program includes film screenings, director conversations, film workshops and concerts and is held in collaboration with the Sinop Sustainable Development Foundation, Sinop Municipality and the European Culture Association.

The festival director is Yusuf Emre Yalçın from Sinop. The festival aims to contribute to the culture and art life of Sinop as well as to encourage young people to produce local films. This is why it gives a special importance to local and national directors and independent productions.

The festival will include two Turkish feature films and one German feature film along with nearly 40 short films.

The short film anthology is prepared with the collaboration of the Short Film Directors Foundation, Uşak Winged Sea Horse Short Film Festival and the International İzmir Short Film Festival. As part of the festival a documentary film workshop with director Caner Özdemir will be organized and Canberk Şimşek's film will be screened along with a conversation with the director, who will meet attendees.

Sinopale Film Festival is an event that was born with the International Sinop Biennial and is organized by the same team. Organized every year along with the biennial, the festival was developed within the context of the "Social Entrepreneurship and Creativity for Sustainable Urban Development" project under the leadership of Yusuf Emre Yalçın.