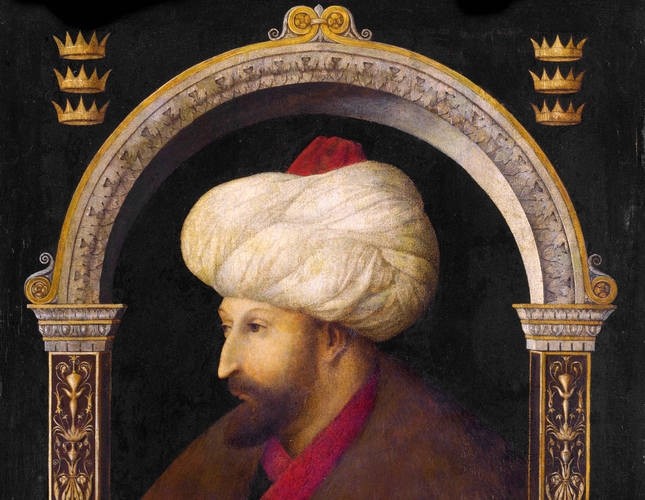 Streaming giant Netflix has ordered Ottoman Rising, a six-episode miniseries that will chronicle the reign of Sultan Mehmed II, known as Mehmed the Conqueror.

Co-produced by STXtv and Karga Seven Pictures, the series will be limited to six episodes and tell the story of one of the most influential emperors of all time.

A hybrid of documentary and drama, the limited series will be distributed by STX in Turkey and China while Netflix will retain the rights for rest of the world.

Born in 1432, Mehmed II was first enthroned in 1444 as the result of his father Murad II's voluntary abdication from the throne, but after facing the Hungarian and Crusaders' threat from the west, he invited (or ordered) his father back to lead the empire. Mehmed returned to the throne in 1451.

On May 29, 1453, Sultan Mehmed II conquered Istanbul, then called Constantinople, from where the Byzantines had ruled the Eastern Roman Empire for more than 1,000 years.

The conquest transformed the city, once the heart of the Byzantine realm, into the capital of the new Ottoman Empire. The remaining Byzantine enclaves in the Morea Peninsula in Greece and in northern Anatolia were also conquered by the Ottomans during Mehmed II's reign.

Under his rule, Ottoman Empire conquered the entire Balkan Peninsula as well as subduing Wallachia and Moldavia and forming an alliance with the Crimean Khanate. In the east, he conquered most of rival Anatolian Turkmen beyliks. The Ottomans became a matching sea force against the Venetians and the Genoese, who had to give up on many of their trade posts and colonies to the Ottomans.

In addition to his military successes, Mehmed II is also known for his intellectual depth. He introduced the millet system, which allowed religious freedom for non-Muslim subjects of the empire and helped Ottomans to maintain their rule for nearly 450 years to come.

Mehmed died in 1481 after conducting great wars and making laws for three decades on the throne. His body was buried in his tomb in the court of Fatih Mosque in Istanbul.