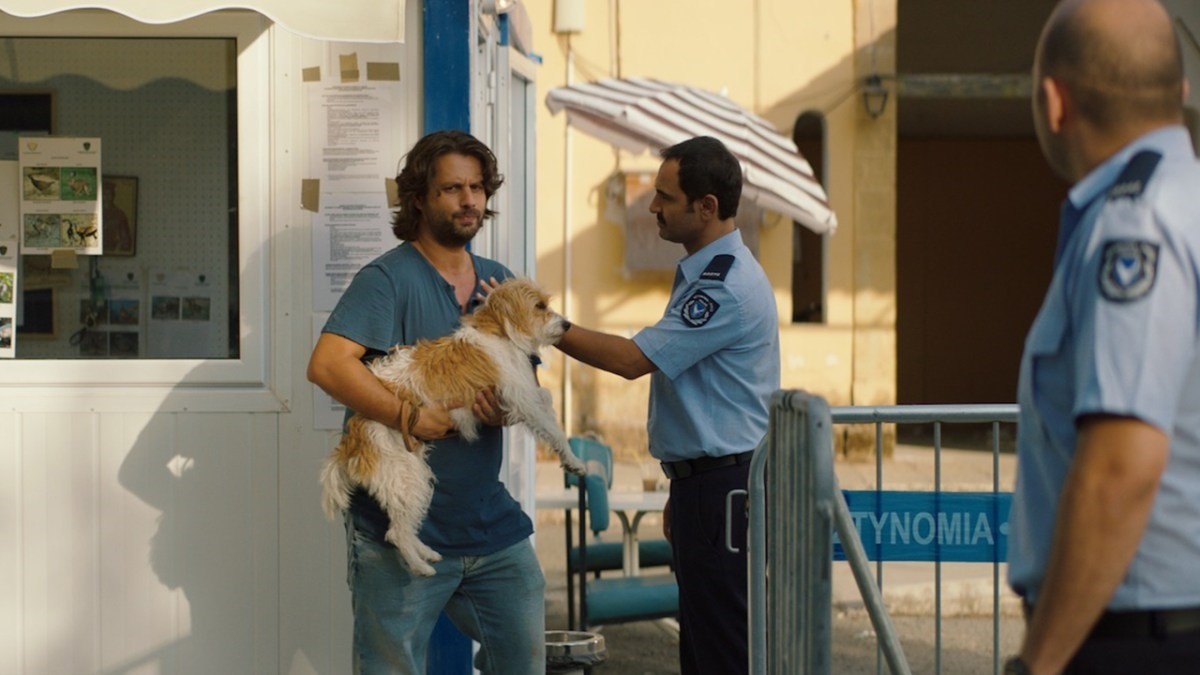 The curtains opened at the Eskişehir International Film Festival to a packed house on Nov. 16. This year, organizers prepared a project that focuses on the 20th anniversary of the festival, which will be full of surprises as it runs until Nov. 24

The Eskişehir International Film Festival met with film lovers for the 20th time this year on Nov. 16. The festival, which will continue until Nov. 24, was organized by Anadolu University and the Faculty of Communication Sciences with the support of the Culture and Tourism Ministry's General Directorate of Cinema.

The event is presenting the classical masterpieces of the history of cinema and the most successful films of the year, which have been screened in the world's leading festivals and have been deemed worthy of awards, to Eskişehir's film lovers and university students.

The Eskişehir International Film Festival, the only international feature-length university film festival in Turkey, offers a rich program consisting of interviews with filmmakers whose works will be screened, workshops and film lessons.

The festival, which will present many surprises for cinemagoers, is aimed at making deeper and lasting contributions to Turkish cinema with some innovations to encourage young filmmakers this year. The university event also aims to explore new films and directors, meet with the creators of films, provide insight into cinema, and discuss cinema as well as to reach out to university students and young filmmakers around Turkey.

The opening film of the festival was "Smuggling Hendrix," written and directed by Marios Piperides. The film, which is about a musician who plans to leave Cyprus for a better life, premiered at the 20th Eskişehir International Film Festival.

"Shoplifters," "Climax," "Dogman," "The Man Who Killed Don Quixote," "Cold War," "Burning" and "3 Faces" are among the films in the "From the World Festivals" category.

There are also some special screenings, animation and documentary films along with a short films category.

Furthermore, the festival presents some films to create awareness about disability.

In the context of the festival, some awards were given to masters in cinema. The Honorary Awards of the festival were presented to actress Itır Esen and actor/screenwriter Macit Koper. The Labor Awards went to director, scenarist and producer Yılmaz Atadeniz, director of photography Çetin Tunca and make-up artist, actress and vocal artist Suzan Kardeş.

The hotly-anticipated innovations and surprises of the rich program of the Eskişehir International Film Festival still continue.

Held with the contributions of associate professor Dr. Serhat Serter and faculty member Yaprak İşçibaşı and support from Anadolu University's Faculty of Communication Sciences, the cinema days brought together the classical masterpieces, award-winning films of international festivals, independent films and new directors with the city.

Nine years later, in 2007, Cinema Days, which had come a long way, took on the name of the Eskişehir International Film Festival.

The festival spread to the city's movie theaters. In order to contribute to the development of cinema culture in Turkey and to enrich the intellectual dimension of cinema, a competition was opened for the first time in the festival.

Within the scope of the competition, the Best Book on Cinema, Best Article on Cinema and Best Cinema Program on Television awards were presented.

In addition to the Honorary Award given that year for the first time to Şakir Eczacıbaşı, the head of the Istanbul Foundation for Culture and Arts (IKSV), Labor Awards started to be presented to cinema laborers mostly working behind the camera.

The Eskişehir International Film Festival which has attained an important place in the memory of the city with a contribution of 20 years, aims to reach out to all the cinema lovers with Cinema Anadolu operating within the scope of Anadolu University, Kılıçoğlu Cinema, whose very name brings out good memories, and Cinemaximum and CinemaPink which contribute to the screenings in the city.

With the "Askıda Bilet" ticket application, it has become a long-awaited event on the calendars.

With different sections such as "The Unforgettables of the History of Cinema," "The Young Stars of the World Cinema," "In Memory of," "Midnight Cinema," "Free Zone," "Life is a Documentary," "Guest Country and Its Cinema," "Turkish Cinema," "Animation Films," "Short Films," and "Disability Awareness," hundreds of films have been presented to the city's movie enthusiasts and guests have been hosted with workshops, panels, seminars and cinema classes.