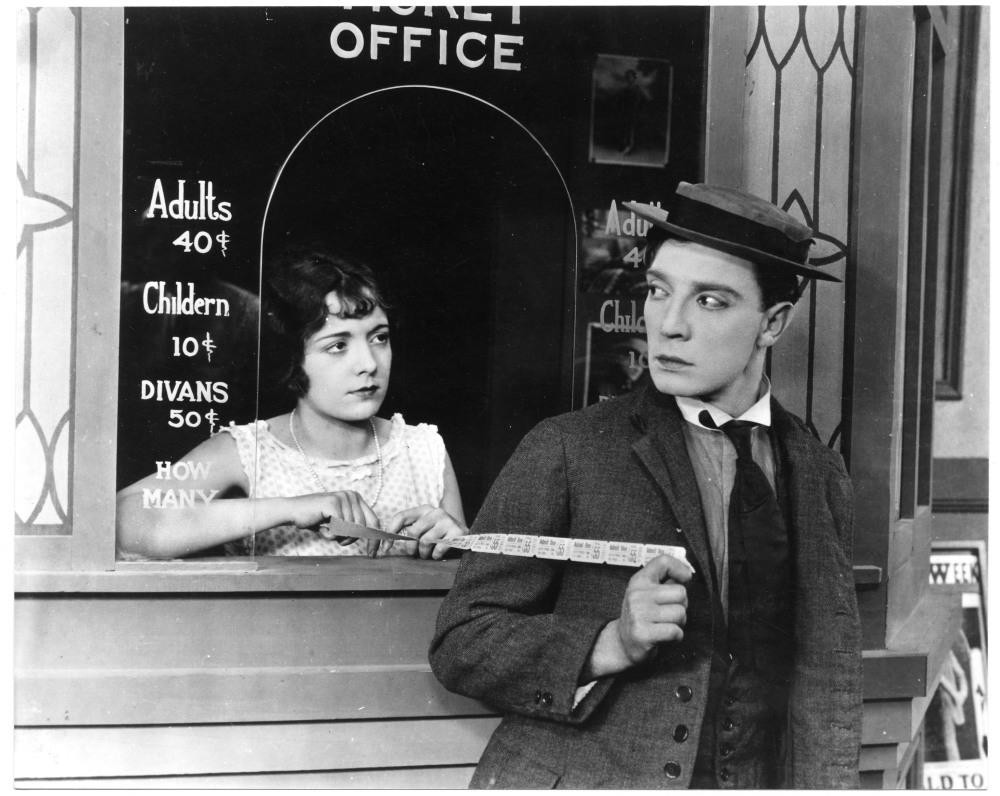 The 5th International Istanbul Silent Cinema Days will kick off with the theme ‘Technology' between Dec. 5 and Dec. 9, with music added to selections focusing on various regions

The pursuit of capturing motion on film experienced in the last quarter of the 1800s reaped its fruits with Thomas Edison's kinetoscope and ultimately with the Lumiere Brothers' cinematography. This technological innovation, the title of which was not transformed into the art of cinema yet, was promoted just for its scientific properties. Even the Lumiere brothers, its creators, didn't foresee that it's effects would be so long-lasting. However, the artistic dimension of cinema found a way to generate itself in various forms in every period by feeding off of technological progress. Setting out to explore this transformation's effect on silent cinema, International Silent Cinema Days offers a perspective that exposes the phenomenon of technology on cinema and its undeniable effect on cinema at all points.

Offering prominent examples of newly restored silent films for cinema lovers, the 5th International Silent Film Days will be realized this year between Dec. 5 and 9. Greeting visitors at the Akbank Art Center, French Cultural Center, Kadıköy Cinema Hall and at the subvenues of bomontiada, the festival's main theme for this year is technology. Under the context of this year's theme, titles such as digitization, technology and film record keeping will be handled at the festival, which will offer live music accompanied by film screenings as usual. National and foreign academics, researchers and curators who are among the festival's guests will make presentations on the films. This year's program will also offer a screening coproduced with Sinematek/Cinema House.

The diva of the festival: Asta Nielsen

This year's program presents a section specially dedicated to Asta Nielsen, the actress with Denmark origins and who is among the early stars of cinema. Karola Gramann, director of "Kinothek Asta Nielsen," the film library dedicated to Nielsen in Germany's Frankfurt and its curator Heide Schlüpmann will be hosted by the festival to present films with the support of Goethe Institut Istanbul. Nielsen takes the stage with "Afgrunden" ("The Woman Always Pays") (1910), the film made Nielsen an international star, Das Liebes-ABC" ("The ABC of Love") (1916), the romantic comedy that presents Nielsen in a male role, "Die Filmprimadonna" ("The Film Primadonna") (1913), just 17 minutes of which still exist today, "Die Börsenkönigin" ("The Queen of the Stock Exchange") (1913) that portrays the love adventures of mine director Helene and "Hamlet" (1921), which is one of the milestones in her career after last year's program presented Sarah Bernhardt as Hamlet. The film screening will be accompanied by music by Michael Riessler.

Screenings with a technology theme

Curated by Yeşim Tabak, the screening prepared under the main theme of this year will present short films from various European countries that expose the technological rush that dramatically changed all types of production and lifestyles in the early 20thcentury.

Another screening prepared for the festival's theme, on the other hand, is the 1915 production "Filibus" by Italian director Marco Roncoroni. Making references to aviation technology on one hand, the film grabs the audience's attention with its feminist discourse that exposes crime and science-fiction elements that take spectators' breath away. Restored by EYE Filmmuseum, the film will be presented by archive curator Elif Rongen-Kaynakçı.

As one of the attention-grabbing sections of the festival is the selection of French avant-garde films realized with the support of Cinematheque Français and the French Cultural Center. Curated by Emilie Cauquy from the French film library, the section explores the deep technological relationship between the vision capacity of lenses, cameras and the human eye. In the selection titled "For Your Beautiful Eyes: Shellshock and Avant-garde," Cauquy studies the shock effect caused by war on people before and after World War I. From Georges Melies to Abel Gance, the program offers experimental short films by pioneering directors of the time. As at previous festivals, some of the film screenings will be accompanied by recorded music. At these screenings, which are mostly presented on the first and last day of the festival, music composed and recorded for the films by world-renowned musicians is presented. Starring cult actor Pierre Batcheff, the romantic comedy by Rene Clair, "Les Deux Timides" ("Two Timid Souls") (1928) will be released with music by the Mont Alto Motion Picture Orchestra, while Marcel L'Herbier's film with futuristic associations, "L'Inhumaine" ("The Inhuman Woman") (1924) will be accompanied by Aidje Taifal and his band.

Russian Cinema as a first 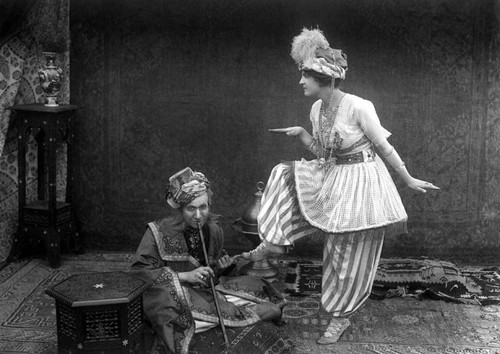 This year's festival will present films from Soviet cinema for the first time. One of the most leading representatives of soviet formalism and documentary cinema, Dziga Vertov's "Man with a Movie Camera" (1929) exposes a visual world where technology and humankind are composed. A harsh manifesto against the bourgeoisie cinema that continued up until that period as a documentary film, "Man with a Movie Camera" strikingly exposes daily Soviet life on the streets and the place of the laboring class in that life by inserting the camera into it. Another production from the same year, "Fragment of an Empire" (1929) focuses on the mood of a soldier who has difficulty describing Soviet society due to the shock he experienced during World War I.

The "Views from the Ottoman Empire" section has attracted a great deal of attention every year and will present important screenings this year as usual. Organized by curator Mariann Lewinsky, one of the festival mentors and the director of the Cinema Ritrovato, EYE Filmmuseum's curator Elif Rongen-Kaynakçı and historian Saadet Özen, the section offers historical views from the Ottoman Empire. 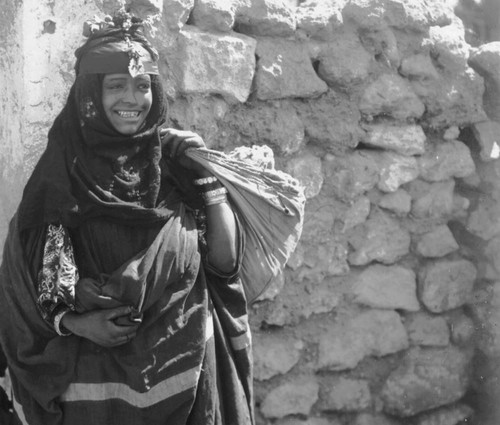 Bedouin woman in Tunisia in a black-and-white movie.

Organized through the support of the Consulate of Sweden in Istanbul, the first part of the section will present unique views by Tunisian filmmaker, photographer, technology enthusiast and adventurer Albert Samama Chikly. Planned to be presented by Lewinsky, this special screening offers newly restored views from Tunisia recorded by the perfect experimentalist approach of Chikly. The second part of the section offers scenes from the Belarussian migration period experienced in Istanbul in the aftermath of the Soviet Revolution compiled by Özen from the archives of the Red Crescent. Emphasizing that emigration and immigration have been humanitarian tragedies throughout history, the screening offers frames from Red Crescent archives. Also, a fiction film "A Narrow Escape," which was shot during famous Russian actor Ivan Mosjoukine's journey to Paris crossing through Istanbul, will be shown during the session.

The last part of the section, on the other hand, offering frames titled "Surrender of Scutari," will be presented by Rongen-Kaynakçı. Shot during the aftermath of the surrender of Scutari that started in 1912 and lasted until April 23, 1913, the film was found by Albania's General Directorate of Archives last year and the frames were restored in cooperation with the Archive of Montenegro. The section also offers a 1918 production comedy entitled "Oriental Languages Teacher." Explored by the Czech Film Archive and restored last year, the film breaks the mold for the role of women in the history of Czech cinema.

A children's session popular every year will continue to be so this year as well, offering content full of adventure and joy. Splendid films by American director Charley Bowers, who created the most prominent examples of absurd and surrealist cinema that were later restored by Lobster Films, invite children to an adventurous and magical world. Combining the comedy shows he made in the 1920s with stop-motion animation technique, Bowers - who is also a caricaturist - makes spectators of all ages smile with the comedies he shot by inspired by the avant-garde stream of the time. Under the tutelage of Burcu Yılmaz, children will accompany the film with "soundpainting" method via the sounds they create on their own.

With reference to the 100th anniversary of Poland regaining its independence and with the support of the Consulate of Poland in Istanbul, the festival will present "Szalency" (1928) by Leonard Buczkowski. The film, the world premiere of which was held in September this year, holds an important place in the national memory of Poland. Depicting the walk of three friends with the troops of Poland, the film makes the audience face the realities of World War I. Leaving a deep impact on the viewer with its special effects and high-budget production, the film was a blockbuster and the first box-office hit in the history of Polish cinema.

Like last year, this year's festival will also organize a "Silent Cinema and Meditation" event within mentor Canan Balan. The interaction between what we watched on the screen and meditation takes us to a journey into the depths and mysteries of our conscience. Offering spectators an experience that goes beyond film, silent film meditation invites you to enjoy wandering consciousness and the flow of images accompanied by music. The event will present Asta Nielsen's "Afrgunden" (1910).

Two documentaries directed by the festival's mentors are on the event's program. In the film she made by compiling amateur shots and sources, such as diaries and letters, Mariann Lewinsky tells about Swedish artist and traveler Ella Maillart's journey to Afghanistan by crossing through Istanbul.

In the documentary "Bırakın Çocuk Oynasın" ("Let the Child Play"), Saadet Özen focuses on the very first years of cinema in Turkey.

Musical arrangements for the films

All the festival's films will be accompanied by pieces from world-renowned musicians. Famous composer Stephen Horne, who accompanied silent films with his piano in many corners of the world like Bologna, Paris, Berlin and Vienna for 30 years, is among the leading figures of this year's festival. Master percussionist, German musician Frank Bockius, and Ayşe Tütüncü, who is among Turkey's leading virtuosos, are among the figures this year. The festival also embraces leading musicians from Turkey. Prominent musicians you will have the chance to listen to throughout the festival include: Benoit Giles, who produces experimental music with a "circuit bending" technique that is rarely used in Turkey; the Uninvited Jazz Band, who combine silent cinema with the unique sounds of jazz; Özün Usta, a musician who creates a unique world with percussion instruments; master of bass guitar Orhan Deniz; Onur Başkurt on percussion and Tuncer Duman on baglama.