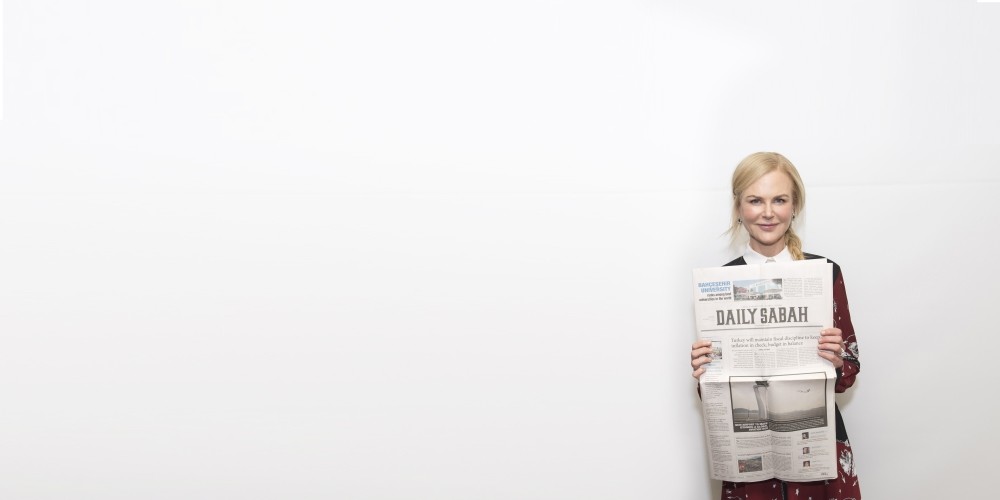 Academy Award and three-time Golden Globe winner Nicole Kidman is an actress known for her versatility and her talent in transferring her feelings to the audience, especially in maternal roles

Australian actress Nicole Kidman is recognized as one of cinema's most powerful and dramatic actresses. Kidman says she is lucky because she knew from a very young age that she wanted to build her life around acting. Her dream has come true.

Starting her career with the Australian film "Bush Christmas," the actress first drew the attention of American audiences with her performance in "Dead Calm." She has taken parts in many films, such as "The Hours," "Days of Thunder," "Far and Away," "To Die For," "Moulin Rouge!," "The Others," "The Interpreter, "Dogville," "Lion" and "The Beguiled," to date. Daily Sabah conducted an interview with the actress in Los Angeles to talk about her latest movies and longevity in her successful career. 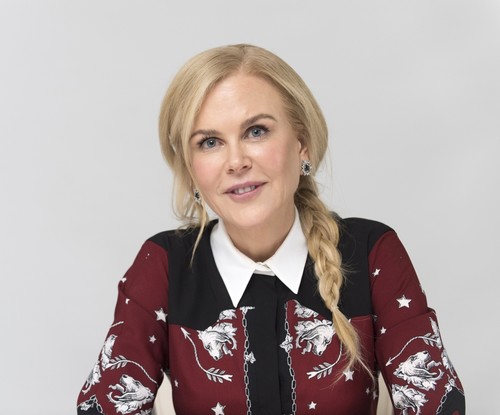 Nicole Kidman said that her talent in accessing emotion so quickly comes from being a parent.

Daily Sabah: You have a very interesting life and you are very curious and articulate. Have you ever thought about writing a book?

Nicole Kidman: I will never write a book. Isn't that funny? I think I have a thing about protecting people and honoring and being respectful. However, I just don't have the interest. I mean I talk to you and I tell you stories, but the idea of putting things down on paper and having them be there, I just feel awkward with it.

NK: Yeah and I still write a journal. I will work on ideas in my head in terms of scenes and I can work through a lot that way but the idea of sort of having a book and putting it out in the world, it's not my style. Actually, I do not write every day. If I am troubled, if I am disturbed, if I want to express something to my husband, I write. Sometimes a note is really sweet. As we write notes, our children will write notes as well. We leave a note somewhere sometimes and something to discover in their bags or in their backpack and sometimes I put it in their lunchbox. It is kind of to build up their writing, but it is also a very direct way of communicating with someone.

DS: You have been working for 40 years, maybe more. That is a very long time. So to what do you attribute that to? And is acting getting any easier as years pass?

I attribute that to passion. I still have passion. I have passion for what I do. I have been through times when I didn't have an opportunity to play roles that were really satisfying, strong and interesting and I think it's always that one foot in front of the other. The life and journey are long. And the commitment to the art and being passionate and curious about it and never taking it for granted are what makes you continue. I always say to young actors it is a gift to be given a role. If you are given that role, do your best with it. Even if it is a small role, do your best because you never know where it is going to take you or what you are going to get from it. But yeah, if you told me when I was fourteen that I was going to have this level of passion for what I do, I could say "I would have been like really?" But I do. And it is given me so much and my craft along with this world has given me so much. It is why I have never got into directing or anything because I still feel that I am born to be an actor and that is what I love and that is what I cherish and that is what I am committed to.

DS: Who entertains you over and over again no matter what they do?

My kids do it. I can watch my children over and over and over again. I think they are the most talented, extraordinary children. So, Keith, my husband, is in Nashville with the girls right now and I am going back there tonight. He just sent me a video of my daughter Faith playing violin and I think I must have watched it 20 times. And I called him and I said she is fantastic! And she is getting better.

DS: Are they going to follow in your footsteps or his?

They do not know what they want to do right now and I think they are both in that place of just seven and 10, and the world is kind of their oyster. They are both exploring things. They both love animals so there is always a thought about being a vet while you are a child. I mean I think I did it as a child like I want to be a vet! But they dabble in bits and pieces and they certainly are around it, so we will wait and see. I mean a child changes on a whim.

DS: You shot three movies this year, and in all of them you play a mother. Therefore, I was wondering whether being a mother in real life helped you to create these mother figures on screen?

Always. I mean I think those, playing maternal energy and having different roles, are my main sort of pull. "Aquaman" is a particular type. I birth a superhero so it is slightly different, but to play the people in "Boy Erased" and "Destroyer" is also so different. Why I draw that in my orbit has to be because of motherhood. However, because of those feelings I feel like I have a bottomless well of emotion. I can access emotion so quickly now and I can process it and move with it, but I feel it so intensely. And that comes from I think being a parent and the idea of not protecting your child or your child's not having you there. This is just devastating.

DS: Are you able to leave the energy of your characters on set?

In "Aquaman" yes absolutely. But with "Destroyer" no, I didn't leave the energy and I had it and lived it with the people around me. Keith could not wait for it to end. He is very supportive of my artistic choices but he did say at one point when this will be over because it was really intense and channeling; it was something else. But with something like "Aquaman," I could just have fun that's why the balance is very important.

DS: Congratulations on the "Destroyer" performance. In the film, we see a Nicole we had never seen or met before. There are so many questions but can you talk about getting into this deep place that you went into to find this character?

It was such a stretch for me and so different from anything I had done. And I had actually done "A Boy Erased" and then four weeks later I was doing this. But as an actor, that is an extraordinary gift given actually. That is the chance to play such polar opposite mothers, who are both on a similar journey while trying to heal a lot of the wrongs that they have committed. But in this character, I was in every frame of the movie, and there is absolutely no faking anything. There are many shots where it is just my face. Think the intensity of that; it has to be coming from within. Therefore, it was a commitment that I was willing to make. And it was also because of Karyn Kusama and my commitment to female directors. It was a low budget but it is what I do.

DS: You said you were taking the character from "Destroyer" home with you at night.

I would take her home, and I am lucky because my husband is so understanding of the artistic process so he gives me space. However, my children were a bit shocked. They were particularly shocked with how I looked. They are also 10 and 7 now, so they are used to having an actress mother and they are used to seeing me explore things. Actually, I answer questions for them and subsequently, their imaginations are very ripe. However, I was so relieved when it was done. I actually did the Golden Globes in January when I was shooting this. It was a really weird thing to do. The idea of shooting and then going to something so glamorous is so jarring.

DS: It is fascinating because most people do their job and it is done, so they move on. However, in your profession, you have to go to various different entities and talk to the people about what you do. For example, you were shooting "Destroyer" in January and now you have to come before people and analyze it and discuss why you have made such choices. Is it intriguing for you and do you think it is something you learn about your craft or is it just part of the job? Can you tell us what that process of having to describe what you did is like?

It is sharing the work and so I find that I love doing it. When you talk about what you do and how and why you do it, people get curious about it. I enjoy that. I love the international aspect of it and I love being able to travel and to take your films. I am also fascinated with the ones that connect and it's really interesting. For example, I had no idea that "Big Little Lies" was going to connect in that particular way. I hoped that it would be successful, but I did not think it would be global like that.

DS: Christmas is coming up. How are you going to spend it?

I do a Christmas Eve party and then my sister does Christmas Day. We have a lot of extended family. We also have people that do not have family and want to come in to be with us. Therefore, we usually have about 40 people. We do prawns. On Christmas Day, my sister will probably do a turkey.

DS: On your Instagram account, when we scroll back we see that your first posts are from the Golden Globes. Why?

It was my first post and it was my way of saying thank you. I think I was like walking through the room holding it up going like that. It was so fun. Because I had been thinking about whether I was going to do it or not, and Keith was like this is the night, do it and just go on. So that is kind of lovely actually.