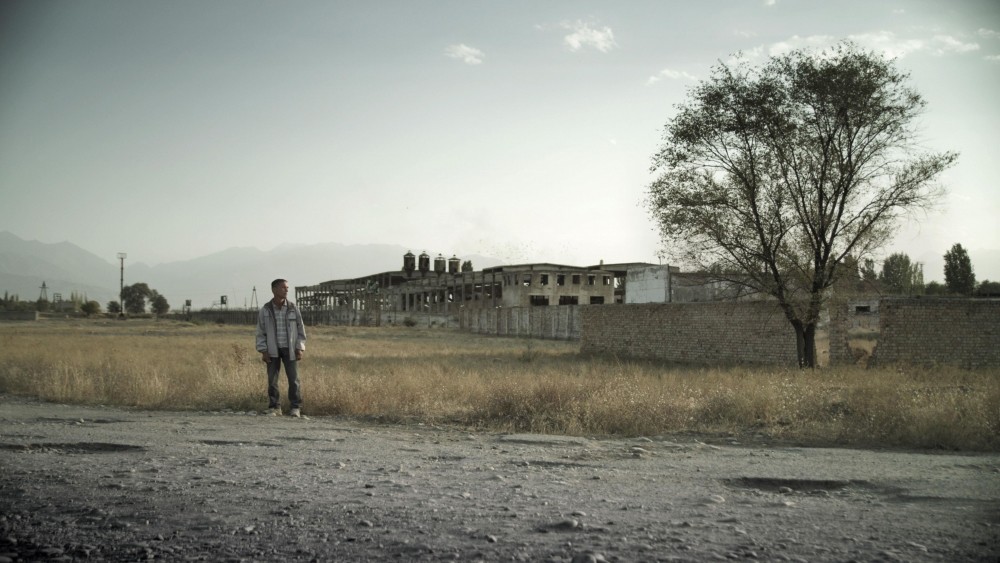 u201cThe Return of Erkin,u201d by Maria Guskova, takes us from the sublime to the ordinary, from the heavens to the mundane earth, to Kyrgyzstan to be precise.
by Nagihan Haliloğlu Dec 10, 2018 12:00 am

A selection of Russian short films at the Ajyal Film Festival introduced audiences to new talent coming from the country. The films reveal contemporary social concerns, and hark back to the lineage of Russian cinematography

"Made in Russia" section at the sixth Ajyal Film Festival in Doha last week showcased short films from new talent in the country. Russian cinema hardly needs any introductions, but the presenter did name a few influences before he launched the films, including Andrei Tarkovsky and Andrey Zvyagintsev.

The first one, "Hymns of Muscovy" by Dimitri Venkov owed little debt to either, as it was very much its own thing. The film starts with very atmospheric music and an upside down shot of one of Moscow's imposing imperial buildings. For the first few seconds you think it will be a gimmicky video that relies on the beauty of Russian architecture but the camera keeps moving, and the blue sky under the buildings' roofs keeps expanding and expanding to the point where the viewer loses touch with the ground altogether, and starts looking at the buildings as vessels floating in the wide sky. The music becomes even more redolent of sci-fi themes, and the imperial and Soviet buildings you are looking at turn into fulfilled promises of an era of Soviet engagement with space. 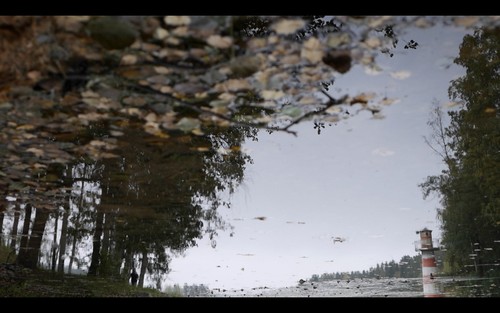 "Hide and Seek" by Anastasia Ostapenko is a coming of age story, in which we meet a young boy playing under a bed, with a very sweet orange light that transforms the scene into a fairy tale setting.

In the 1960s, and indeed in Tarkovsky's "Solaris," the future is imagined as one where we would be living in space. But the future is here, and we are still very much living in congested cities- but Venkov reimagines, liberates the city from the earth, and we very much get the feeling that the buildings we are looking at are space stations. The long Soviet blocks with identically measured windows unmoored from the earth, floating upside down in an ever-expanding blue space are the very image of the space ships we know from sci-fi films. The solemn hymn we've been hearing as we watch the camera move in this skyline, it turns out, is a reworking of the Soviet Anthem, and so the whole film itself becomes an homage to the dreams of high-Sovietism, here brought to us by placing the camera at an unexpected angle, an apt metaphor for revisionist readings of history.

The second film in the program, "The Return of Erkin," by Maria Guskova, takes us from the sublime to the ordinary, from the heavens to the mundane earth, to Kyrgyzstan to be precise. I am watching these films with a Russian friend and she asks me how much of the dialogue I understand in "The Return of Erkin." I do a quick assessment and decide it's about 70 percent. It's the story of a man returning to his village after doing time in prison. We learn about the crime in a round about way: it looks like he murdered someone who was not much liked in the village. The film follows his efforts to be reintegrated into village life. There's a wedding scene that will please the anthropologically-minded. The ghost hovering about the film is of course Chingiz Aitmatov. The one (unintentionally) funny scene in this rather gloomy story is the protagonist carrying an Aygen plastic bag, of the kind featured recently in a much disseminated photo-shopped photograph of the Kyrgyz president and his wife posing with the Trumps in the White House.

Like a good mixed tape, the third film in the program, "Aquathlon" by Alexey Shabarov ups the Russian gloom, and here it is easy to see the Zvyagintsev effect. We see a young boy enroll at a swimming course, and watch him trying to keep up with the already advanced team of boys. There's much horseplay and impossible tasks set by the ruthless instructor. While we sympathize with the new boy, we see that a smaller boy has been having an even worse time: after being humiliated by the instructor by one time too many we discover him hidden in the locker of the new boy. The scene is almost as raw as the scene in which we see the boy crying behind a door in "Loveless." As expected, things at the swimming pool get even worse after that. The boys getting their revenge in the end offers no catharsis to the viewer, as the film confirms how toxic masculinity is passed from one generation to another. 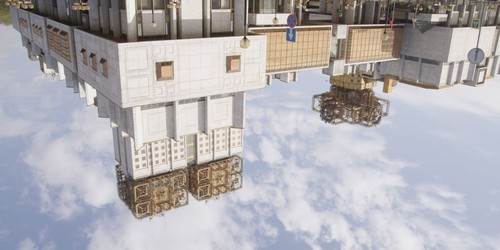 "Hymns of Muscovy" by Dimitri Venkov starts with very atmospheric music and an upside down shot of one of Moscow's imposing imperial buildings.

Having had our fill of the awful ways in which men behave in groups, the program takes us to the bosom of Mother Russia in Svetlana Chernikova's "What a Pest." We meet the fisherman Sergei who spends his days in the wilderness, looking at trees, making campfires, catching fish, and cooking fish soup. The scenery, I take it, is the Tarkovsky influence that the programmer was talking about. When we listen to Sergei's words closely though, we realize that he is being pestered by the ghost of his wife. This being pestered by one's wife is also reminiscent of "Solaris," when viewed that way, the lake that Sergei is camping by becomes the miasma that Kris Kelvin views from his spaceship and at the same time is trapped in with all his memories.

"Hide and Seek" by Anastasia Ostapenko is a coming of age story, in which we meet a young boy playing under a bed, with a very sweet orange light that transforms the scene into a fairy tale setting. Soon though, he has to get out of his hide out and go with his parents to the woods to bury his cat. For a while the family look for the perfect place to bury the pet and then the grave is dug. It is when his mother encourages him to throw some soil on his pet's body that the boy seems to be confronted with the reality of death for the first time. And it is at this moment that he experiences a split of consciousness: Ostapenko is ruthless in describing how the awareness of death effects the child. The camera stays with the version of the child who flees death and gets locked in a hut in the woods, looking at the version of himself that stays with his parents and accepts death as part of the natural order of things. The "real" boy, Ostapenko seems to say to us, is the one that is locked in the hut calling out to his parents to save him: the child in us who cannot accept death and that remains forever locked up in the attic of our minds.

From the loss of childhood, then, to something that will appeal to the child in us. "The First Thunder," is a beautiful, simple animation about mother nature coming to life in the spring, being quickened by mischievous rain drops. It's the sort of animation where figures transform into other forms, giving a sense of continuity of all things. It has a naivety that one doesn't find in animation any more, and the style is reminiscent of the occasional "iron curtain country" cartoon that would be broadcast on Turkish TV in the 1980s.