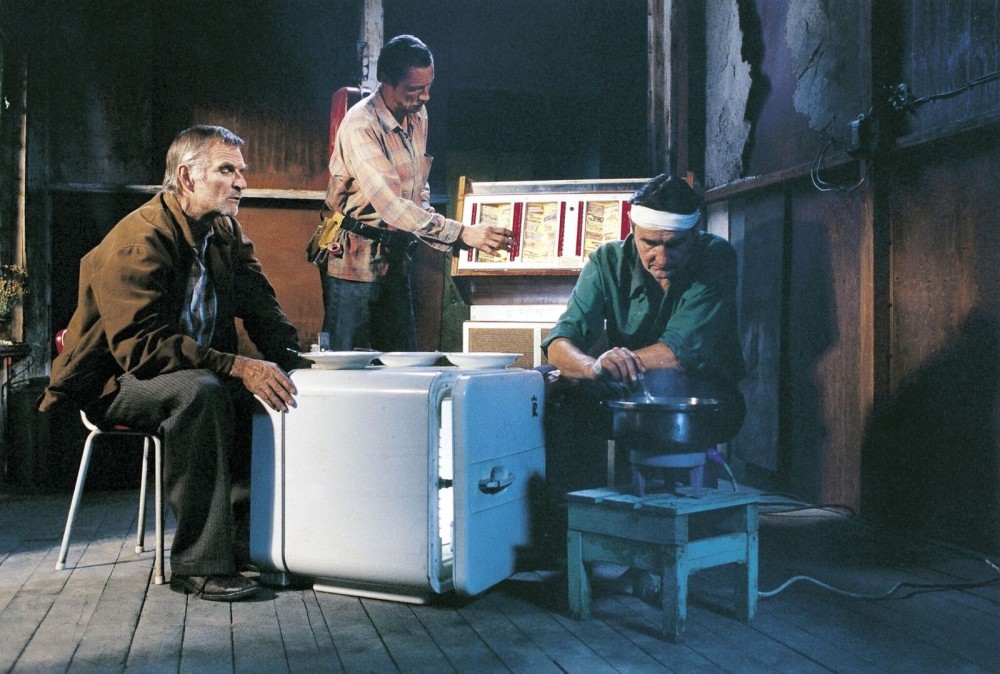 Kundura Cinema first welcomed audiences in November last year with its first program at the Beykoz Kundura factory building, which has a unique atmosphere that reflects the past and industrial cultural heritage of the building. Now, with a new selection of movies, Kundura Cinema continues to offer movies rarely viewed in Turkey in different genres.

"The Man without a Past," made in 2002 by the melancholic Finnish director Aki Kaurasmaki, is the first film to be screened in Kundura Cinema's January program. The movie depicts the life of a man in Helsinki who lost his memory. One of Kaurismaki's most visually powerful movies, "The Man without a Past" includes fairy tale-like elements and presents the reality of capitalism through an amusing story.

F. W. Murnau's "The Last Laugh," deemed a masterpiece in cinema history, has been restored. This production from 1924 will be accompanied by live music by Yürüyen Merdiven (Escalator), formed by Yiğit Özatalay and Mustafa Kemal Emirel. This silent film tells of a porter at a luxury hotel in Berlin. "Last Laugh" is one of the most innovative films of its time with experimental, moving camera shots, grotesque scenes and a cynical ending.

Director Lucrecia Martel's 2006 movie "The Headless Woman" is about Veronica, who was involved in an accident a few kilometers from Buenos Aires and starts to remember the accident as the impact of the blow to her head wears off. Throughout the movie, both spectators and Veronica try to understand what happened to her. The details of her social life also reveal the inequalities in the society.

A still from "The Headless Woman."

"Touki Bouki," directed by Djibril Diop Mambety, is about two lovers who decide to leave Dakar, Senegal, to migrate to France. A cacophonous journey awaits these young people.

Both adults and young people will like "The Nut Job 2" directed by Cal Brunken in 2012. The squirrel Surly and his friends, who enjoy a delightful and entertaining time at their hazelnut shop, away from the dark, dead-end streets of the city of Oakton, lose their peaceful home due to an accident.

Agnes Varda's cult movie "Cleo from 5 to 7" was shot in 1962 and focuses on the travels of a young, beautiful singer, Cleo, who waits for biopsy results in front of the hospital from 5 a.m. to 6:30 a.m., reflecting the Paris of the 1960s. This first feature by Varda is a cornerstone of the French New Wave and conveys Cleo's transformation from a passive female to someone capable of expressing her desires and making her own decisions through her journey in the city.

Other movies, which will be screened until the end of January, are Jules Dassin's "The Naked City" (1948), Jacque Tati's "Playtime" (1967) and "Traffic" (1971) and Billy Wilder's "The Apartment" (1960), which will be shown to Turkish audiences for the first time after the restored version was screened at the 71st Cannes Film Festival. The January selection of Kundura Cinema awaits those who missed these newly restored movie screenings in its November-December program.

Kundura Cinema, which invites guests to think and discuss movies with its special curatorial content and side activities, presents its first special screening of the 2018-2019 program with a restored copy of "Some Like It Hot" (1959). The restored version of "Some Like It Hot" was presented at the 31st Tokyo International Film Festival, the 75th Venice International Film Festival and BFI Southbank and at Beykoz Kundura in January. 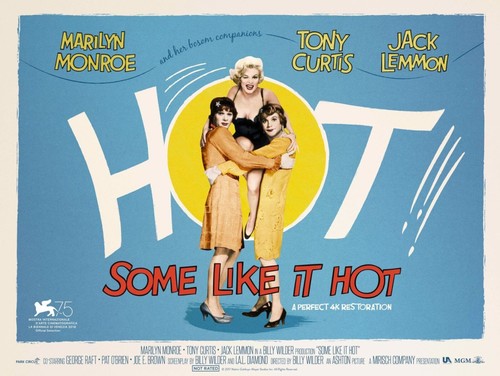 The restored version of "Some Like It Hot" will be shown in Turkey for the first time at Kundura Cinema.

The film concerns unemployed musicians Joe and Jerry, who disguise themselves as women to escape from gangsters. It stars Tony Curtis, Jack Lemmon and Marilyn Monroe. The film is fast paced and entertaining, a timeless comedy that will be shown in Turkey for the first time on Jan. 25 at 9 p.m. at Kundura Cinema.

The screening times and dates for the films can be found on Kundura Cinema's website.