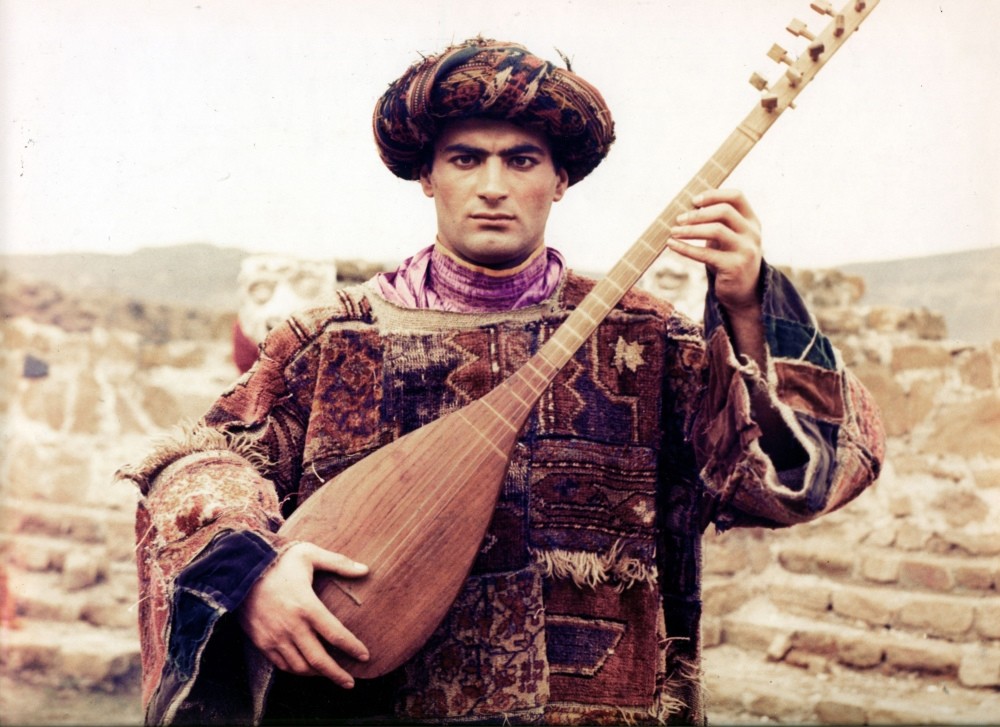 Ashik Kerib is a medieval tale adorned with Azeri, Turkish and Georgian tunes.
by Daily Sabah Jan 10, 2019 12:00 am

In parallel with the ongoing ‘Parajanov with Sarkis' exhibition, Pera Film presents a selection of films by artist and director Sergei Parajanov until March 17

Pera Film's "Rebel images: Sergei Parajanov" program, presented as a part of "Parajanov with Sarkis" exhibition, consists of documentaries that are witnesses to the artists who were inspired by their directors' unrestrained imagination.

The screening program started yesterday and will run until March 17. Described as a "genius," "master," and a "magician of cinema" like other important directors of cinema history such as Andrei Tarkovsky, Jean-Luc Godard and Federico Fellini, Parajanov proved that he was a master of poetic cinema when he went into jail in 1974 due to his opponent attitude and revealed the unlimited images with his art that sees beyond the walls. 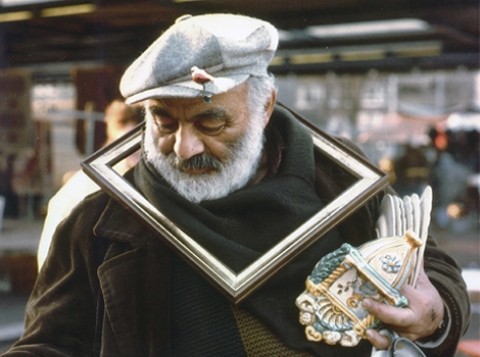 The first movie of Parajanov, "Andriesh" is the long version of his "A Moldova Tale," which he shot when he was a student and was lost afterwards. Adapted from a book by Yemelian Bukov, the movie's hero is Andriesh, who is a shepherd and who goes on a journey to the castle of the evil wizard he has to tackle with a magical flute he was given.

One of the successful works of the early career of Parajanov, this musical propaganda piece is a romantic comedy that takes place in the vast fields of collectivist Ukraine, shot by the director under the guidance of Alexander Tadzhenko. It pictures the social realism in the collective agricultural land, where peasant women sings songs and young boys walk with "Pabieda" (victory) flags exalting revolution, full of fun and dance. Intense and romantic feelings are at its peak in front of this background because the tailor Sidor Sidorovich, farmer Jushka and soldier Danila Petrovich are all head over the heels in love with the blonde-haired Odarka. The competition of these characters, which starts "gentlemanlike," turns into hostility with an animosity that sparks between Jushka and Danila. The miserable Jushka makes increasingly desperate efforts and becomes despised by the villagers.

The film is a melodrama under the ideological cover of time. The famous opera singer Oksana's life passes through her eyes: her childhood in the countryside is full of music, her goodbye to her village and her lover Anton, her conservatory education, her first steps in her art career in Paris... The communication between Oksana and Anton is cut off with the outbreak of the war because Anton was taken prisoner by the Germans. While the war and the parties are described in accordance with state regulations; Parajanov's cinematic and thematic free expression is expressed clearly in studio scenes, which are almost abstract, the interesting narration that does not follow a chronological sequence, the music, songs and the description of churches.

'Flower on the Stone'

A new mining town is being established in a place where daisies and crest grasses grow in the Donetsk moors. Young miner Grigory Griva is in love with Lyuda and therefore, he mocks her organizational skills in front of everyone. When they are alone, he cannot open to her and he gets angry with himself and invents new pranks. The second story is about the look of Christina, who is a beautiful but closed-minded girl under the influence of a cult bishop living in the mining town. Arsen, the member of Young Communist Union Komsomol, falls in love with her and helps her get away from the cult. Shot in a mining town in the Donets Basin, this movie is about the conflict between the political order and a cult.

In 1964, Parajanov mesmerized the audiences all around the world with "Shadows of Forgotten Ancestors" and this became the "Romeo and Juliet" of the Carpathians. The movie is set in the Hutsul region of Western Ukraine, who leads an isolated life in uninhabited places in the mountains. This community, who struggle for life in difficult conditions, has a pompous cultural system that has not changed much since the 18th century. The first masterpiece of Parajanov, this movie gained him fame with its rich costumes and colors. "Shadows of Forgotten Ancestors" was adapted from the classic work of the Ukrainian author Mykhailo Kotsiubynsky.

Sergei Parajanov sheds light on the portrait drawing of the painter Hakob Hovnatanyan (1806 -1881), known as the Rafael of Tbilisi. Hakop, one of the esteemed members of the Hovnatanyan family, which became famous throughout generations as portrait painters, is known as the founder of Armenian painting and as a master of portrait and miniature. This short documentary offers parts of the painter's life and Parajanov combines images and sounds from the 19th century Tbilisi and Hovnatanyan's paintings, portraying the artistic culture of the city in a colorful way.

'The Color of Pomegranates'

One of the masterpieces of the 20th century, "The Color of Pomegranates" tells the story of Armenian poet Sayat Nova and reflects his life to the screen from through his poems. We see the poet growing up, falling in love, going to a monastery and dying but all these are described by images from Parajanov's imagination and in the context of the poems of Sayat Nova, known but not heard of. Sofiko Chiaureli, portrays six characters of men and women in the movie and Parajanov has written, directed, edited and did the choreography, costume design and decor design of the movie and shot this revolutionary work without a single dialogue or camera movement.

'The Seasons of the Year'

The struggle of a farming community far away from civilization against the forces of nature is expressed in this latest work of Artavazd Peleshian, with cinematographer Mikhail Vartanov. Farmers herd their sheep and cultivate their land throughout the year. They guide their flocks to the mountains in spring and at the end of the summer, they turn the straw they collect into bales that create a dusty avalanche. When the winter comes, they lead their sheep among the snow. The movie is the story of humanity trapped in a vulgar yet beautiful reality. With the melodic rhythm of the camera, the setup and the bittersweet classical music, Peleshian and Vartanov turn the movie into the symphony of our existence.

'The Legend of Suram fortress'

Co-directed by Sergei Parajanov and Dodo Abashidze, "The Legend of Suram Fortress" is the reinterpretation of a former Soviet Georgian folk tale. The castle in the movie is under construction forever because it collapses every time the last brick is laid. People decide to apply to the knowledge of a fortuneteller about this situation and a young boy is assigned with the task but his father is the ex of the fortuneteller, who abandoned her years ago. The fortuneteller, who has never recovered from the heartbreak, tells the young man that the only solution for stopping the castle from destruction is for the young lad to be buried inside the wall of the castle. It would be unfair to think that "The Legend of Suram Fortress" will not bring a breath of fresh air because there were similar sacrifices in most of the old legends.

'Arabesques on the Pirosmani Theme'

This short movie by Sergei Parajanov tells his personal view of the Georgian painter Niko Pirosmani (1862-1918).

A handsome but poor artist is sent on a 1001-nights-exile to collect the dowry by the rich father of the girl she loves but first he has to make her promise that she will not marry until he returns. This last movie of Parajanov, who was fell victim to the wrath of the Soviet regime, is dedicated to Andrei Tarkovsky, who always supported him and is adapted from a short story of Mikhail Lermodov and it is like a live painting of traditional symbolism and surreal passages also used in previous movies of the director. It is a medieval tale adorned with Azeri, Turkish and Georgian tunes.

An artist, an opponent, a romantic and an iconoclast, "Parajanov: A Requiem" is a loving, deep look at Parajanov's turbulent career.

Sergei Parajanov sheds a light on the portrait drawing of painter Hakob Hovnatanyan (1806 - 1881), known as the Rafael of Tbilisi.

This documentary is like a tribute to the talent and creativity of the director and a simple biography of Parajanov. Focusing on the years in jail and the interviews with the director, Cazals commemorates the rebellious director of art cinema, while deeply examining the artistic vision of Parajanov.