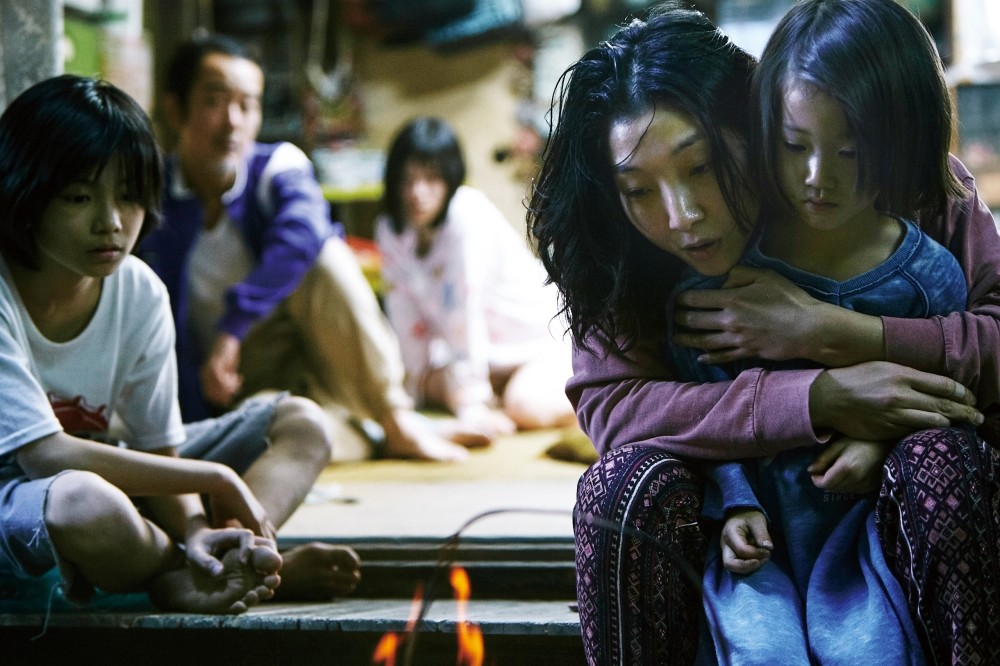 u201cShopliftersu201d is a touching, warm and striking drama that focuses on an extraordinary family that turned shoplifting into a lifestyle.
by Jan 15, 2019 12:00 am

With Başka Sinema, Istanbul Modern Cinema will be offering a selection of movies nominated for Best Foreign Language Film in the Academy Awards. The event will run until Jan. 27

In collaboration with Başka Sinema, Istanbul Modern Cinema is screening a selection titled, "Foreigners of the Oscars" between Jan. 10 and Jan. 27.

"Shoplifters" is a touching, warm and striking drama from master director Hirokazu Kore-eda. Winning the Palme d'Or at Cannes this year, the movie focuses on an extraordinary family that turned shoplifting into a lifestyle. A small house full of family members of all ages, including a father who steals his needs from the store with his son and a mother, who snitches what she finds in the pockets of clothing at the hotel laundry where she works. When they decide to take in 5-year-old Yuri, who they found shaking in the cold on their way home from work one night, the youngest member of the crowded family also becomes one of the "shoplifters." Nothing is as it seems in this family.

Winning the Un Certain Regard award at Cannes with his movie "Tulpan," Sergei Dvortsevoy is back to present the story of 25-year-old Ayka, holding onto life, after a 10-year break. Ayka escapes from the hospital immediately after giving birth in Moscow. She ignores all the postnatal effects on her body and starts looking for a job after a week of trying to disguise that she has just given birth. However, no one is willing to give work to this woman without a work permit. "Ayka" makes viewers question their own prejudices from the first scene and is a drama about what you can sacrifice to hold onto life.

In this documentary, Markus Imhoof presents his personal history with the unsuccessful approach of Europe to the current refugee crisis. The director takes a trip down memory lane about how his friendship with Italian Giovanna, whom his family took home during World War II, broke down due to global politics while looking at the current situation. The documentary shows the harsh living conditions of migrants arriving in Europe from Libya by ship and settled in camps and those who work in tomato fields to make a living for themselves by escaping the camps. "Eldorado" is a remarkable production not just focusing on immigration of people but also the lack of morality in the practice of making profits.

Colombia's Oscar nominee "Birds of Passage," directed by Cristina Gallego and Ciro Guerra, sheds a light on the true story of drug smuggling. Raphayet, who wants to marry Zaida, a daughter of a Wayuu tribe's family and prove his place in the society, resorts to illegal ways to save the money for the dowry of Zaida. When he realizes that the drugs he sold to a few American hippies were so profitable, he gets in too deep. It offers a fresh and impressive look at drug trafficking in South America, which we are used to watching lately, "Birds of Passage" is also visually very impressive.

Nadine Labaki, who focuses on themes such as the various aspects of life in Lebanon, the injustice of life and economic inequality through various subjects in her movies, is here with a touchy movie about the story of 12-year-old Zain. Zain, who sues his family for giving birth to him, whose age is unknown because his parents couldn't get him a birth certificate, who has no ID and therefore, who is not accepted to schools or hospitals, tries to stay afloat in life by working in poor neighborhoods of Lebanon. He loses his patience when his 11-year-old sister is sold to the man he worked for. The movie has a cast of almost all amateurs, offers a fairy-tale atmosphere as well as a sense of reality to the viewers.

Marcelo Martinessi's first feature movie "The Heiresses" addresses concepts such as the elite social class, which is slowly slipping away and desires in Paraguay, through the financial difficulties of two women living together for many years. Chela and Chiquita have to sell their last items from their inheritance, and Chiquita's is charged with fraud and sent to prison, which sends Chela into depression. Chela has a hard time breaking away from the past, and she suddenly finds herself working as an unlicensed cab driver after she drops her neighbor at her bridge game. This new occupation opens doors to a new love and an unexpected way to become free.

Germany's Oscar nominee this year, the movie is inspired by the life of Gerhard Richter, one of the greatest painters alive. The movie has traces of the turbulent 20th century Germany. The young artist named Kurt Barner is still not over his trauma from the Nazi Germany era, even though he moved to West Germany. His connections with art are interrupted first by Nazi's opposition to art, then communists who only accepted social realism. But thanks to the love of his life he met in school, Ellie, he will start reproducing works on not only his own trauma but the traumas of an entire generation.

Oren stops by Thomas' cafe to purchase his wife's favorite cookies in Berlin, which he visits frequently. But these visits eventually turn into an unexpected love. With Oren's sudden death, Thomas finds himself in Jerusalem, where Oren lived with his family. Young is left alone with people his deceased lover left behind. Director Ofir Raul Graizer in his first feature movie offers an emotional drama with concepts of family ties, love, grieving and religion. 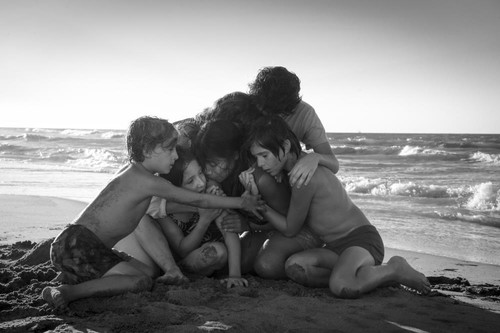 Written and directed by Alfonso Cuaron, who also took responsibility for the cinematography, "Roma" tells the story a middle-class family who move to the capital Mexico in the 1970s and starts disintegrating and Cleo, who works for them. While it's an autobiographical story, the movie does not focus on Cuaron's childhood but Cleo; the maid has to deal with her own challenges while trying to keep the family together after the father goes on a business trip but never returns. "Roma" has smooth cinematography, which might disappoint expectations of a period movie, with each scene selected meticulously and has a panoramic scale bringing together deep personal memories in a poetic manner and is a masterpiece of memory. 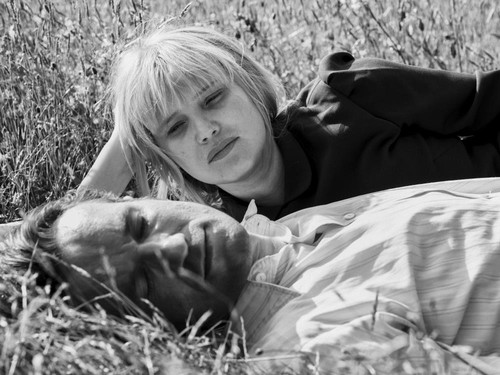 Nominated for an Oscar with his previous movie "Ida," Pawel Pawlikowski is back with another award-winning, Oscar-nominee movie. Art director Wiktor is assigned as the director to the dance and music ensemble to rejuvenate the country's folklore in the aftermath of World War II that leaves Poland in ruins. But he falls in love, not simply with the voice, but also with the light she radiates during auditions. "Cold War" draws a passionate as well as melancholic love between these two musicians. Shot in black and white, this minimalist movie also stands out with its use of a wide range of music - from jazz to folk.

Police officer Asger Holm is demoted and assigned to desk duty at an emergency call center until his trial his completed. One night on duty, which he thought would be boring and slow, everything is suddenly stirred up by a phone call from a woman, who claims she has been abducted. After he learns that her children are home alone, Asger is committed to saving the woman and tries everything he can at his desk at the police station he cannot leave. While it is set in a single location, "The Guilty," directed by Gustav Möller, offers a great detective and crime experience, while questioning the innocence, goodness and criminal perception of society.

South Korean filmmaker Chang-don Lee adapted "Burning," a short story by Haruki Murakami, to the screen. Jongsu, an aspiring writer working as a delivery boy, cannot recognize his childhood friend Haemi. We learn later that this attractive and energetic young woman has undergone plastic surgery and after being with Jongsu, she leaves for a trip to Africa. However, the young man cannot get Haemi out of his mind and when she returns, she has a new handsome, young lover Ben. However, there is something suspicious about Ben that Jongsu cannot put his finger on. Premiering at Cannes, "Burning" looks like a simple love triangle but has many subtexts and is gripping.

An environmentalist activist, Halla risks everything she has to protect the natural beauty in the region she lives in and sabotages energy transmission lines with a bow and arrow. She is known as the "Woman of the Mountain" by the press and is doing everything she can to avoid being caught. Yet, she has to reconsider all her plans when her application for adoption has been accepted. Set in the magnificent nature of Iceland and addressing global issues with northern humor, "Woman at War," directed by Benedikt Erlingsson, tells a heroic story that makes viewers think and laugh at the same time.