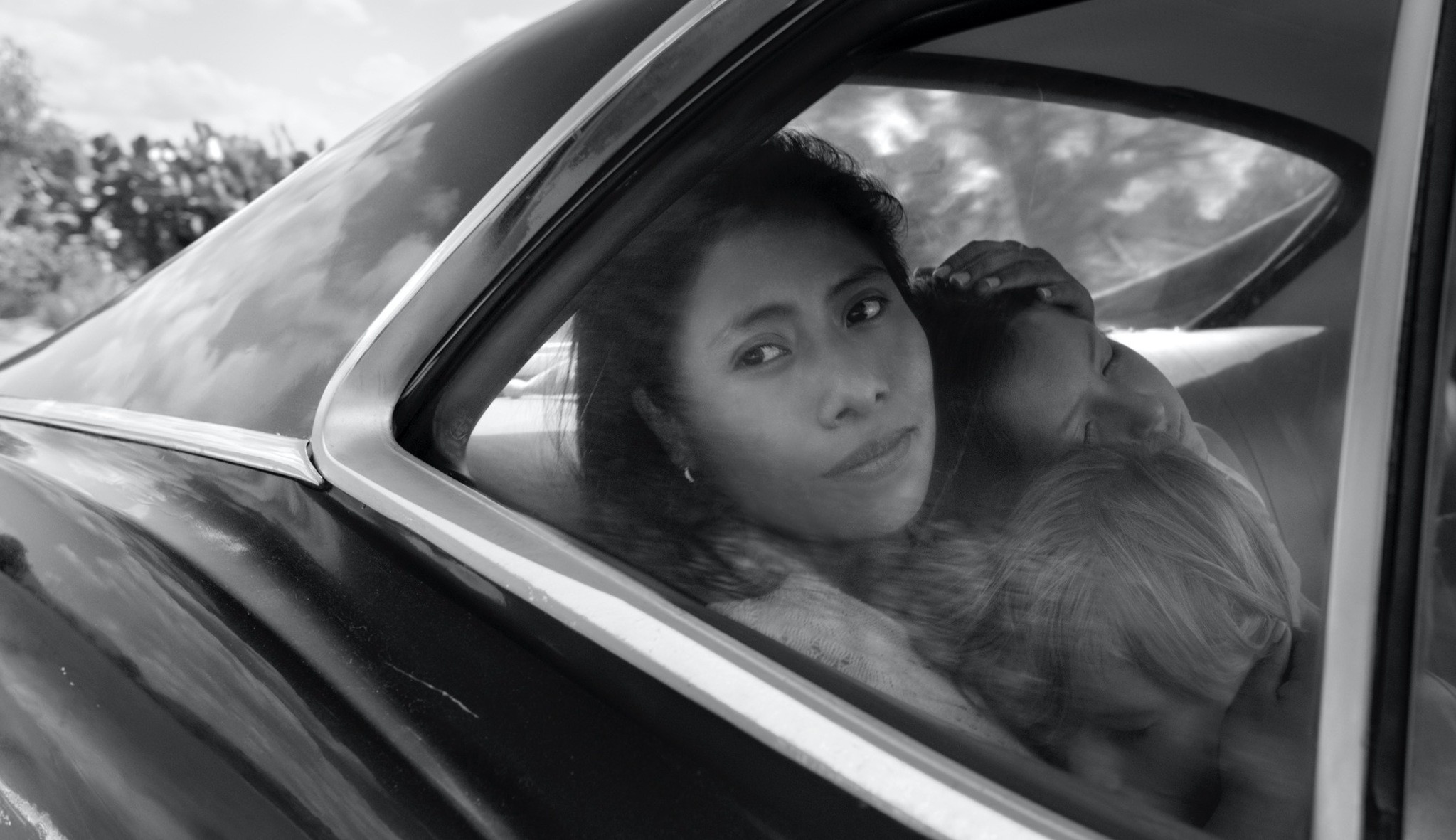 This image released by Netflix shows Yalitza Aparicio in a scene from the film ,Roma,, by filmmaker Alfonso Cuaron.
by Compiled from Wire Services Jan 24, 2019 12:03 am

With Oscar nominations announced on Tuesday, nominees, including directors and actors, expressed their excitement as an enthusiastic countdown for the Academy Awards begins

Oscar voters on Tuesday showered Alfonso Cuaron's "Roma" and Yorgos Lanthimos' "The Favourite" with a leading 10 nominations for the 91st Academy Awards, while two dominant but contentious Hollywood forces - Netflix and Marvel - each scored their first best picture nomination.

Though many expected "A Star Is Born," Bradley Cooper's revival of one of Hollywood's most remade show business myths, to top the nominations, Cooper was surprisingly overlooked as director and the Academy of Motion Pictures Arts and Sciences instead put its fullest support behind a pair of indies by international directors.

Aparicio, an indigenous schoolteacher with no acting experience who landed the part when she accompanied her sister to the audition, posted a video on Twitter of the moment she got the news.

Watching the announcements on a laptop in what appeared to be her hotel room in Tijuana - where she had traveled for a photo shoot at the US-Mexican border fence - Aparicio let out a scream when her name popped up, then pressed her hands to her face, choking back tears, in a gesture of pure joy no actress could feign.

The video went viral, garnering tens of thousands of likes and countless replays on Mexican TV.

"I'm so happy. I was not expecting this news when I woke up so early today," Aparicio wrote.

Filmed in Spanish and the indigenous Mixtec language, set in Mexico City in the 1970s and filmed in black and white, "Roma" is not supposed to be the kind of movie that finds huge success in the United States - especially not in the Mexico-bashing era of President Donald Trump.

But Alfonso Cuaron's intimate portrait of his childhood and the two women who raised him - his nanny, played by Aparicio, and his mother, played by best supporting actress nominee Marina de Tavira - garnered the most Oscar nominations of any film this year, together with Greek director Yorgos Lanthimos's "The Favourite."

"Roma" scored several firsts in the process: first Spanish-language film nominated for best picture, and the first nominations for streaming giant Netflix in the directing, original screenplay, foreign language film and best picture categories, among others.

For Mexico - where the film triggered a national conversation on race, class and the traumas of the past - the news was celebrated by figures from the president on down.

Cuaron "is a first-rate filmmaker, a source of pride for Mexico. I congratulate him and all the actors and production team.... We should all see the film," said President Andres Manuel Lopez Obrador - admitting that he himself had not watched it yet.

"We're all happy! What can I say? It's been a very intense morning," said Eugenio Caballero, the production designer on "Roma" who famously recreated Cuaron's boyhood home and street in minute detail for the film.

"I'm so happy to see the nominations for Yalitza, Marina, Alfonso and the entire team," he told AFP.

Mexican filmmakers have racked up an impressive string of successes at the Academy Awards in recent years.

The trio of Mexican directors known as the "Three Amigos" - Cuaron, Guillermo del Toro and Alejandro Gonzalez Inarritu - have won the best director award four of the past five years. Cuaron, who won in 2014 with "Gravity," now stands to make that five of the past six.

The Mexican film community was jubilant.

"VIVA ALFONSO!!" tweeted del Toro, whose film "The Shape of Water" won the most statuettes at last year's Oscars with four, including best picture and best director.

"'Roma' is making history for Mexican film, on an international level," said the president of the Mexican Academy of Film Arts and Sciences, Ernesto Contreras.

Mexicans will no doubt be watching in droves when the Oscars ceremony is held on February 24.

"The great value of 'Roma,' besides its visual beauty, lies in the questions it asks us as Mexicans, about who we are, where we come from and our shared wounds," said Maria Novaro, head of the Mexican Film Institute (IMCINE).