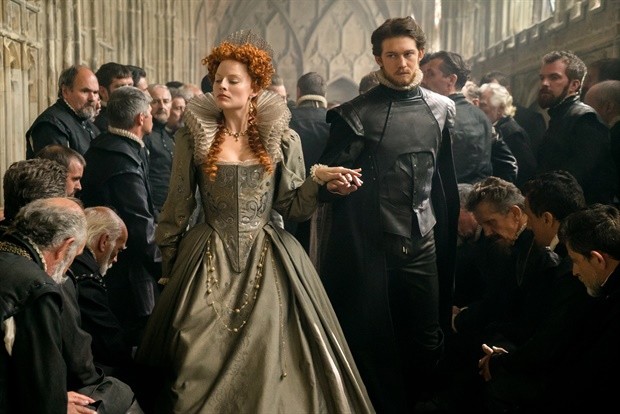 The film "Mary Queen of Scots," which depicts the life of Mary Stuart, the queen of Scotland, opens for movie buffs today.

The press screening of the film was recently organized at Istanbul's Kanyon Shopping Mall.

He added that the most critical period of English history is the focus of the film. "The British actors depicted this period meticulously. It was a long time ago. But, I think there are many lessons we can take from that period."

Cinema critic Gökşen Aydemir said that the path to democracy was written in blood. "This film, which is about a period full of pain and treachery on the British peninsula, which we consider as one of the cradles of civilization today, is like a guide on how to make a historical movie," she said.

"While combining the conflict of historical reality and fiction, it also presents an effective visual journey. Monarchy stories generally focus on men; however, this is a powerful story about a woman, based on historical events. It is a perfect cinematic experience," she added.

Sixteen-year-old French Queen Mary Stuart is widowed at the age of 18 and is pressured to marry again. However, Mary refuses. Instead, the young lady returns to her homeland, Scotland, and wants the throne, which is rightfully hers.

However, Scotland and England are ruled by the impressive, young Queen Elizabeth. Though the two young queens lead totally different lives and have different personalities, they aim to establish peace between the two countries, standing shoulder to shoulder in the beginning. But, jealousy and ambition come to the forefront over time. The two young women must decide how they will navigate the pressures of marriage versus their need for independence while in rival positions in both the thrones and love in a male-dominated world. The treachery, rebellions and plots during this period go on to affect the direction of the region.