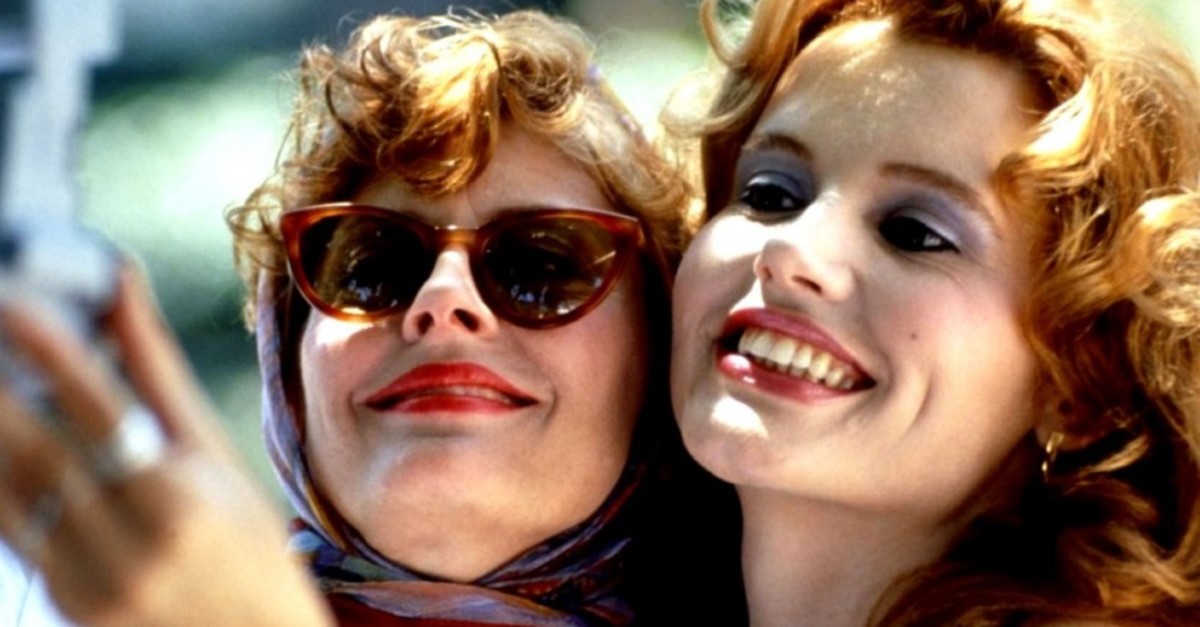 The cinematic legacy of an old shoe factory transformed into an art venue, Kundura Cinema, continues its journey with selected films, documentaries and special screenings.

Kundura Cinema celebrates International Women's Day with a special program. Produced in 1991, Ridley Scott's unforgettable road and buddy film "Thelma & Louise" invites viewers to follow the adventure of two best friends, which turns into a daring escaping from the police.

Director Wim Wenders's selected cult films will be screened in Kundura Cinema's March program. Produced in 1974, "Alice in the Cities" focuses on German journalist Philip's trip to the U.S. where he finds himself unfamiliar to everything in the country and decides to return to Germany.

"Paris, Texas," produced in 1984, is the story of an isolated man who reconnects to life and his family in Texas. The last film in the anthology, "Wings of Desire," produced in 1987, takes place in Berlin and tells the story of an angel who wants to become a mortal because he is in love with a human. Bruno Ganz's enchanting performance portraying a love-sick angel is not to be missed. The acclaimed Swiss actor passed away last month.

Kundura Cinema curates its screenings in parallel to festivals all around the world and invites viewers to a special journey with Kundura Express. Screened in Berlinale 2017, the first film of Thai director Sompot Chidgasornpongse, "Railway Sleepers" produced in 2017 explores the close connection between Thai people and the Thai railway. The film is a celebration and record of what it is like to live in Thailand today. Jim Jarmusch's "Mystery Train," produced in 2018 reflects the stories of three different characters that have never met in Memphis. The director skillfully connects these stories and manages to take them to different places like three railway cars towed by the same locomotive. The last film in the Kundura Express is Wes Anderson's "The Darjeeling Limited." Produced in 2007, the film centers around the story of three brothers who have never met until they unite on a train ride to India to attend their father's funeral.

Kundura Cinema's most anticipated screenings with live music takes its place in the March program. Georg Wilhelm Pabst's silent film "Pandora's Box," produced in 1929, focusing on a free-loving, status-climbing dancer who murders her rich paramour in Berlin, then takes up with a succession of other lovers.

After many years of neglect, Deutsche Kinematek has restored the film with the supervision of Martin Koerber. The restoration is considered to be a great advertisement for what can be achieved in film industry through new digital techniques.

Louise Brooks' breathtaking performance will be accompanied by the live music of Yiğit Özatalay and Mustafa Kemal Emirel.

One of the first directors of the French New Wave Cinema Jacques Rivette's first feature-length film "Paris Belongs to Us," produced in 1958 but screened in 1961, follows a young literature student who befriends the members of a loose-knit group of twentysomethings in Paris, united by the apparent suicide of an acquaintance.

The March program offers viewers a second chance to rediscover masterpieces from the last month. Juho-Pekka Tanskanen's debut documentary film "Waiting for Barcelona," Jim Jarmusch's masterpiece "Night on Earth," Martin Scorsese's classic "Taxi Driver" and Michael Mann's "Collateral" will be featured in the March program. In this category, Billy Wilder's cult film "Some Like It Hot" will be screened for the last time at Kundura Cinema.