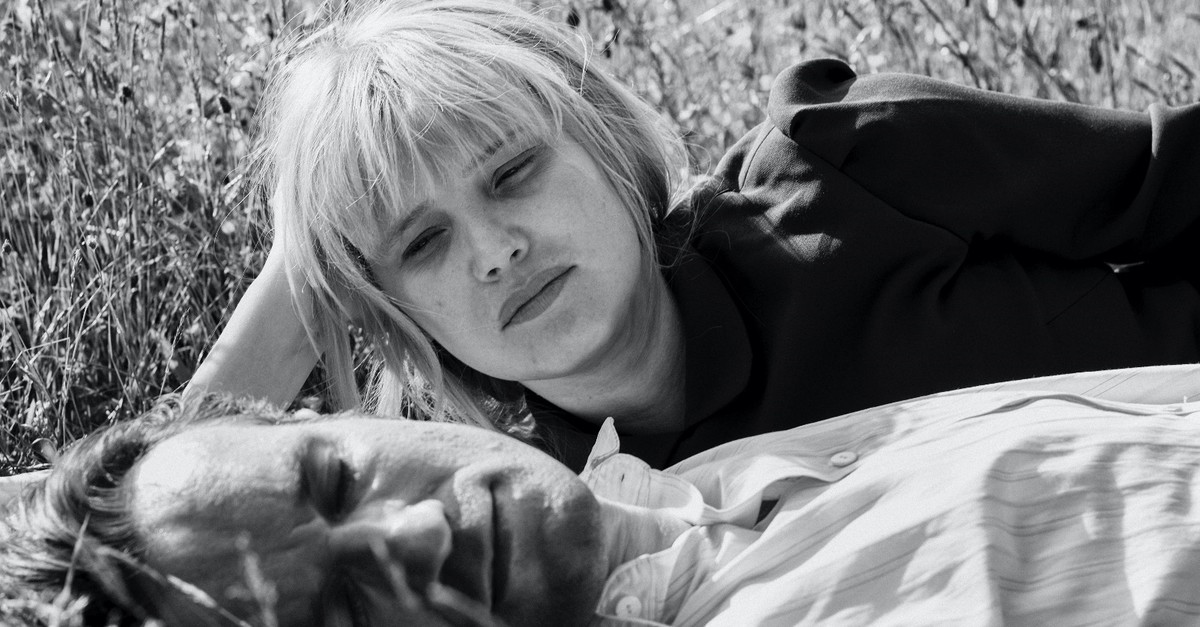 The cold war in the film's title refers as much to the war of the sexes, fought between Wiktor and Zula, caught up in the political war between the ,communist East, and the ,free West.,
by Nagihan Haliloğlu Mar 11, 2019 12:02 am

Pawel Pawlikowski became known to larger audiences in 2013 with another black and white film, ‘Ida,' exploring Poland's Jewish history through a woman's personal experience. In his latest offering he takes another look at Poland's recent history, through how communism affected the country's cultural, and in particular, musical industry, but more importantly how it affected people's personal relationships

The trope of men shaping women's lives, futures, jobs and accents have been very popular narratives for a very long time. The story of a man "making" a woman won an Oscar for its lead actress recently. In many ways Pawlikowski's black and white "Cold War" follows this trope; but this being Pawlikowski, the relationship between the man and the woman becomes a bit more complicated, reaching levels of masochism we have last observed in "Phantom Thread." The cold war in the film's title refers as much to the war of the sexes, this time fought between Wiktor and Zula, caught up in the political war between the "communist East" and the "free West."

"Cold War" opens in 1949 with villagers singing, looking straight into the camera, making you feel that it is not you who is watching them, but them watching you. We follow the travels of music ethnologists Wiktor, Irena (played by the wonderful Pawlikowski veteran Agata Kulesza) and Kaczmarek in the snow-covered landscape of Poland, stopping in villages and pubs, recording the vocal traditions of the Polish people. We understand as musicians Wiktor and Irena are artistically and politically more or less on the same page, whereas Kaczmarek seems a paid up supporter of the regime. It is with him that we get 'off road' and make a detour to a ruined church in the countryside where Pawlikowski's camera lingers a while. We look at what seems to be the only remaining decoration in the church, the eyes of a saint, possibly Mary, on the wall, and then up at the dome that has long collapsed. It is the perfect camera lens to look at the white, unresponsive sky. In a very poor house with several children, the researchers encounter the "Oy Oy Oy" song that will accompany us through its different versions throughout the film.

Crying all day and night long

Dark eyes, you cry because you can't be together

You can't be together

My mother told me

You mustn't fall in love with this boy

This is the song that Zula sings with her partner at the first performance of the troupe that the music ethnologists have gathered together after months of searching and trials. And it sets the tone for the love story at the heart of "Cold War," between Wiktor and Zula.

That it is love at first sight is quite clear when Wiktor first hears Zula sing, and we witness the way he coaches her talents till that very first performance in Warsaw. Although at first glance it may look like Wiktor has used his position to lure her into his arms, the audience has been told from the very start Zula is no naive wallflower. We first see her at the 'trial academy' working out which song and which style may secure her place in the troupe. And then when Wiktor shows an interest in her at the auditions, she sings as long as possible to make a dent in his memory. So the film prepares us for the yo-yo-like relationship that will develop between the two characters as fame and fortune, but mostly misfortune catches up with them.

The night that Zula enchants the audience is a pivotal moment in the story and one that consolidates Pawlikowski's purpose of making an art house film- if you weren't convinced of this already. I say art house advisedly: the scene in the foyer after the performance is pure magic. His camera adds space and depth to a crammed room that couldn't possibly be there. Faces upon faces, glasses upon glittery bracelets, hairdos over tuxedos- the space is full of layers, and yet each thing is visible. Visible too, is Zula's face, smiling at Wiktor from a distance. But wait a minute, is she smiling at his back? Because of the smoke in the air - everyone's smoking all the time, it is the forties - for two seconds I do not realize that the sea of people I see are reflections in the mirror that Wiktor and Irena are leaning against. Yes, art house cinema repeating the trick of Renoir with the barmaid. Nor is this the first time Pawlikowski seems to be quoting paintings. Earlier in the film, the auditioning girls sitting, dreamily looking out of a window into the rain looks like a Vermeer or a renaissance painting.

After this first performance Wiktor, Irena and Kaczmarek are invited to a meeting where they are offered the chance of going on tour with the troupe- but there is a snag. We are in communist Poland, of course there's a snag. They just want the troupe to insert in a song that sings praises of the great leader. Pawlikowski captures the way Irena's face changes when she realizes that her chosen refuge of folk art will too be co-opted by the regime and turned into a celebration of Stalin. The authorities try to lure them by the promise of taking the troupe to the capitals of Europe, a lure the strength of which can be better understood when one considers how difficult it was to travel outside the iron curtain. From the uncomfortable silence in the room where you can watch dust descending, the film cuts to a huge banner of Stalin being raised right behind the choir, actually billowing and caressing the backs of the singers- yes, in an embrace that it too close.

Wiktor and Zula's love is tested in several ways throughout the film, but never more than when Wiktor arranges for them to defect when they are in East Berlin. We walk the streets we know from spy movies with Wiktor as he lingers around a checkpoint. It is indeed strange to be lingering around there in his company, this musician, who has no state secrets to divulge, no nuclear power plant blueprints to barter. We are watching the cold war through its effects people's lives, couples' live, like in "The Lives of Others."

After a long period of separation the couple are reunited in Paris, and Pawlikowski is not mean enough not to give us a few scenes with the lovers in this black and white postcard perfect Paris (one scene on the Seine in particular). But we know the couple too well to fall for this perfect state of affairs. The discord starts when Zula realizes that Wiktor has become too acquiescent to the French people's expectation of what it means to be a Pole living outside the "iron curtain." She is furious when she learns that Wiktor has jazzed up her communist country sob story up a little, to get the French to be more interested in her. A French woman asks Zula whether she's had a shock in Paris, when she saw the bright lights of the west. Zula gives her one of her meanest looks but keeps on playing for a while- to the extent that she agrees to sing her "Oy Oy Oy" song in French, it seems, just to show Wiktor what a fake he has forced her to become, so she can abuse him later.

The film continues with such stratagems, with betrayals and sacrifices on the part of Wiktor and Zula, but possibly even more poignantly on the part of Kaczmarek who has been watching their love affair from the very beginning. Towards the end of the film we return to that church with Mary's eyes and the dome opening up to the sky, promising us a freedom from stately and personal cold wars - a peace that cannot be possible on earth, but maybe on some other, higher plane of existence.