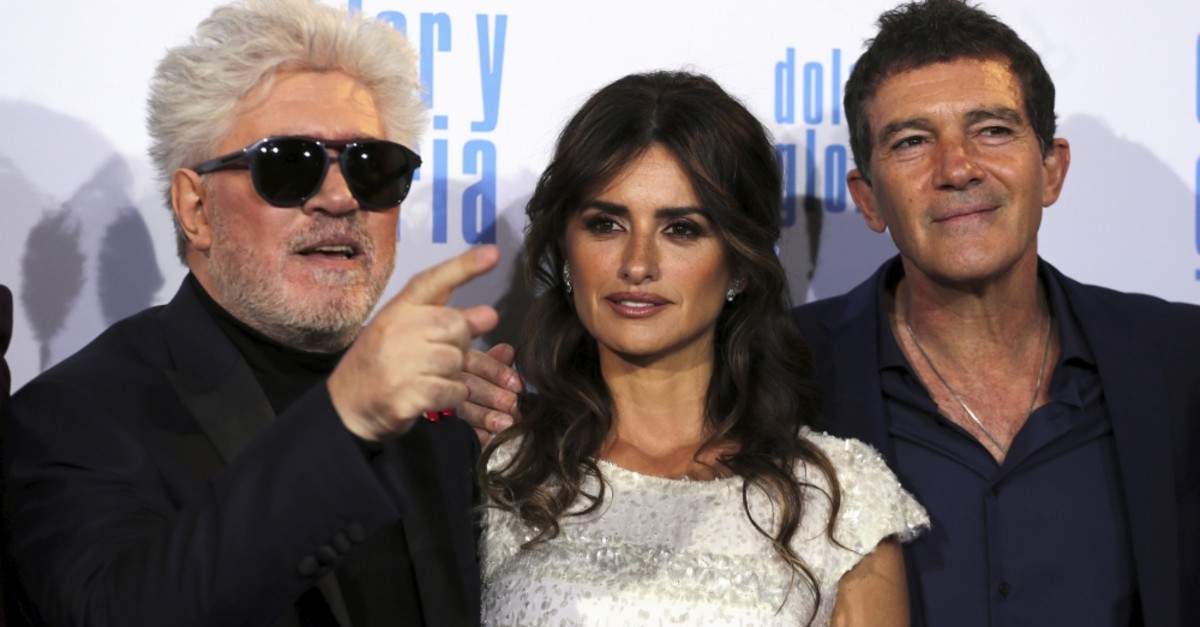 Director Pedro Almodovar and actors Penelope Cruz and Antonio Banderas pose during the premiere of their latest film ,Pain and Glory, in Madrid, Spain, March 13, 2019.
by Mar 15, 2019 1:04 am

Oscar-winning Spanish filmmaker Pedro Almodovar premiered his retrospective drama "Pain and Glory" in Madrid on Wednesday, reuniting actors Penelope Cruz and Antonio Banderas, who had risen to Hollywood stardom after starting in his movies.

The autobiographical narrative, where Banderas plays Almodovar's present-day tormented alter ego, and Cruz his mother at the time of his youth, wraps up a trilogy which includes the 1987 "Law of Desire" and 2004 "Bad Education".

The 69-year-old screenwriter and director, whose films often use nonlinear plots and feature gay and transsexual characters, returns to the big screen circuit after a three-year hiatus on March 22, when his 21st movie will be released in Spain. European and U.S. release dates are yet to be confirmed, Almodovar's El Deseo production company told Reuters.

"It was a relief, but it is a dangerous thing to play with your own life and turn it into fiction" Almodovar said of making the film while standing on the red carpet before the screening.

Banderas, 58, and Cruz, 44, were previously billed together in Almodovar's 2013 eccentric comedy "I'm So Excited", which received mixed or average reviews.

The elegiac "Pain and Glory" focuses on various stages in the life of a film director, the relationship with his mother, romances, and the emotional distress of not knowing whether he will be able to keep directing films.

"All the actresses I meet in Hollywood ask me what it's like to collaborate with Pedro and what they have to do to work with him, and I always tell them the same thing: learn Spanish," said Cruz, who in 2006 became the first Spanish actress to be nominated for an Oscar in the Best Actress category for her role in Almodovar's 2006 drama "Volver".

Three years later she won the Best Supporting Actress Oscar for her performance in the 2008 film Vicky Cristina Barcelona.

"I can tell you that it has been very emotional, it's been almost 40 years that we've been doing movies together," said Banderas, for whom "Pain and Glory" is his 8th collaboration with the filmmaker.

Almodovar, who headed the Cannes Film Festival jury in 2017, has won two Oscars - with "All About My Mother" awarded the best foreign language film in 2000, and for the best original screenplay with "Talk to Her" in 2003.