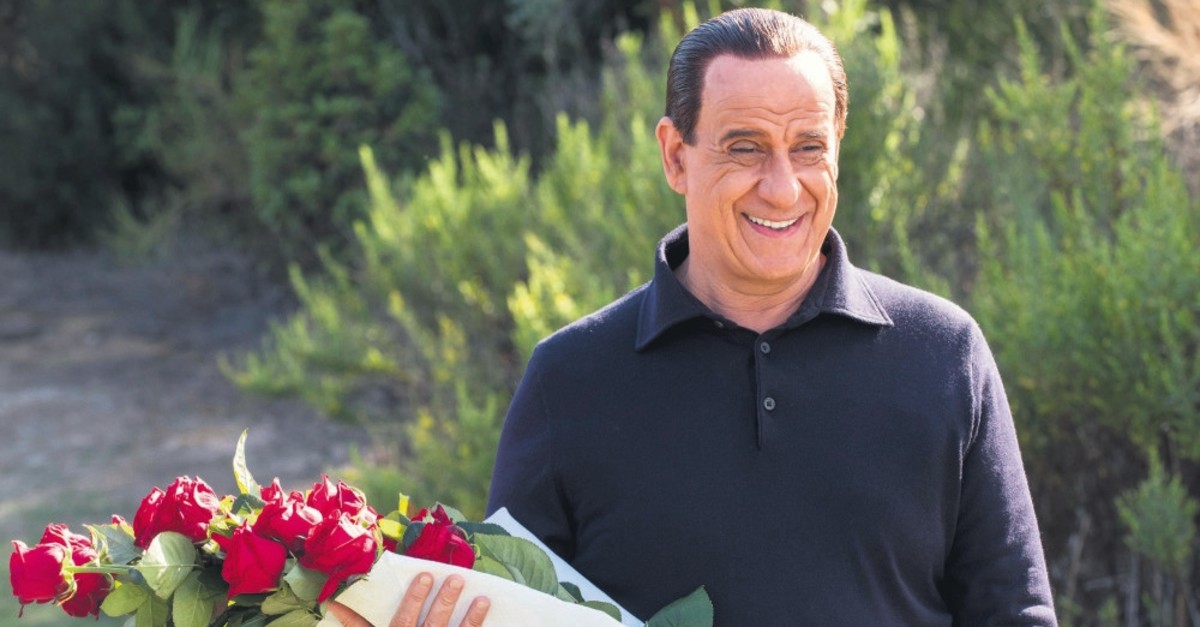 I remember I fell in love with the artistic heritage of Italy when I watched Italian director Paolo Sorrentino's series "The Young Pope," starring Jude Law as the newly-assigned, eccentric Pope in the Vatican. The story offers an unexpected perspective into the Vatican realm, added with the strong acting talent of Law. But what made the series so astounding for me was not these two facts; rather I was mesmerized by the highly artistic and poetic depiction by Sorrentino. He is truly a poet in the language of cinema.

Sorrentino can be considered to be one of the leading directors of recent Italian cinema, especially with acclaimed productions like "Il Divo" and "Youth." Now, his new film "Loro" will hit Turkish theaters on March 29, focusing his lens on the former Italian Prime Minister, Silvio Berlusconi.

Although I was expecting a boring documentary-like narrative about a politician, I was delighted to see the magical touch of Sorrentino on a story surrounded with corruption, intrigue, drugs and exploitation of women to gain power. The director as a visual artist could save any narrative with his inborn talent.

However, the film in wider terms is not without its shortfalls. The first being the film is the combination of two films, Loro 1 and Loro 2, each around a 100 minutes. This final version is 156 minutes, which means nearly half an hour is missing. So, when you watch, you feel that the first and second halves focus on two distinct realms. The first half is more of a witness to an underground world where women are used as flesh to tame dogs, and drugs to tame the women, who have various different tales from various corners of the world.

Do not jump to conclusions: You will not see filthy pits and uncared-for women who have no choice but prostitution. Rather you will see a lush and sumptuous world decorated with poolside parties, and elegant ladies who are utterly well-groomed as they serve the highest elite. They all seem eager to get into the good graces of someone "important" to gain the rank of favorite. One can easily guess this is the true story behind the seemingly incandescent nightlife, although, I think the director used the naked female body excessively. It can be, unfortunately, viewed as an abuse of the female body. You have to watch elongated dance and sex scenes with full nudity until you finally remember that you have to see Berlusconi somewhere.

Skillfully acted by Toni Servillo, Silvio Berlusconi appears around the halfway point in the film. We see him with his binoculars watching his villa filled with young, beautiful women dancing crazily and ecstatically on drugs, deliberately brought there to catch his attention. The "team leader" of the girls, Sergio Morra (played by Riccardo Scamarcio) puts everything on the chance to meet Silvio, to gain his support in his dream to go into politics. Morra and his girls come into Silvio's life at a point when his intelligent and intellectual wife Veronica (Elena Sofia Ricci) is seeking ways to break away from him, weary of 26 years spent together.

Putting on his unconvincing smile all the time, Silvio is one of the richest people in the country and considers himself the biggest trader, acting as a businessman in his political initiatives. Apart from the emotional crisis with his wife in his 70s, he also hurries to get back to his position as a prime minister, losing a small percentage in elections. He has no intention to lose it forever and employs all the tricks he can with the mind of an entrepreneur.

However much he tries to seem positive and infallible, he undergoes the test of aging when a young girl refuses him as "he smells like her grandfather." We see both the misery of an old politician and his eminent fight to stand still while surrounded by wolves running after their individual prey in the most despicable manner, in line with the obvious moral downfall. The moral downfall finds its equivalent in the physical world when the country is shaken by an earthquake. I have to give the director credit for such a meaningful analogy, a master at giving hints from divine religions. The ferocious nightlife, drugs, prostitution, corruption lead to exhaustion, which was portrayed most spiritually and artistically by Sorrentino.

A very important note: The film is ultimately for adults; don't consider bringing your kids to watch it.