'Shazam!' debuts with $53.5M as DC Comics claims another win 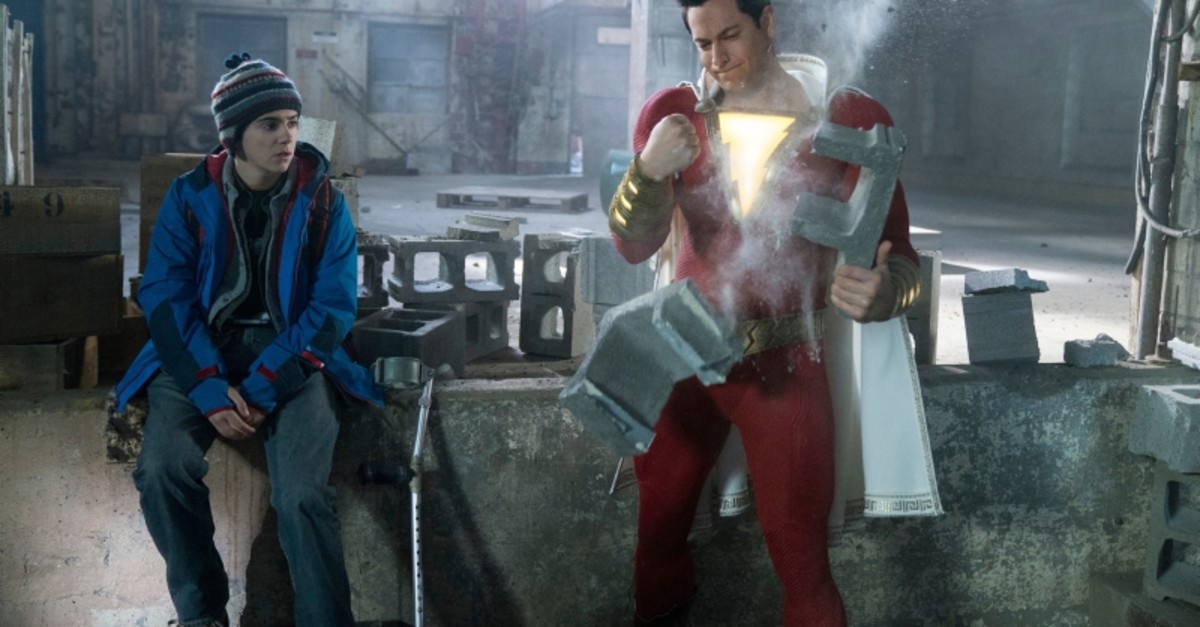 This image released by Warner Bros. shows Zachary Levi, right, and Jack Dylan Grazer in a scene from ,Shazam!, (Steve Wilkie/Warner Bros. Entertainment via AP)
by Associated Press Apr 08, 2019 12:49 am

Seven films in, the DC Extended Universe is finally flying with some wind behind its back. The well-reviewed, more modestly budgeted "Shazam!" debuted with $53.5 million over the weekend.

"Shazam!" has collected an estimated $56.8 million in total, including about $3 million from early advance screenings. Made for about $100 million, "Shazam!" follows recent DC successes such as "Aquaman" and "Wonder Woman."

Paramount Pictures' "Pet Sematary" remake opened in second with $25 million. It's a decent start for the Stephen King adaptation, though far from the haul that the last big-screen adaptation of King's conjured up. "It" opened with $123.4 million in 2017.