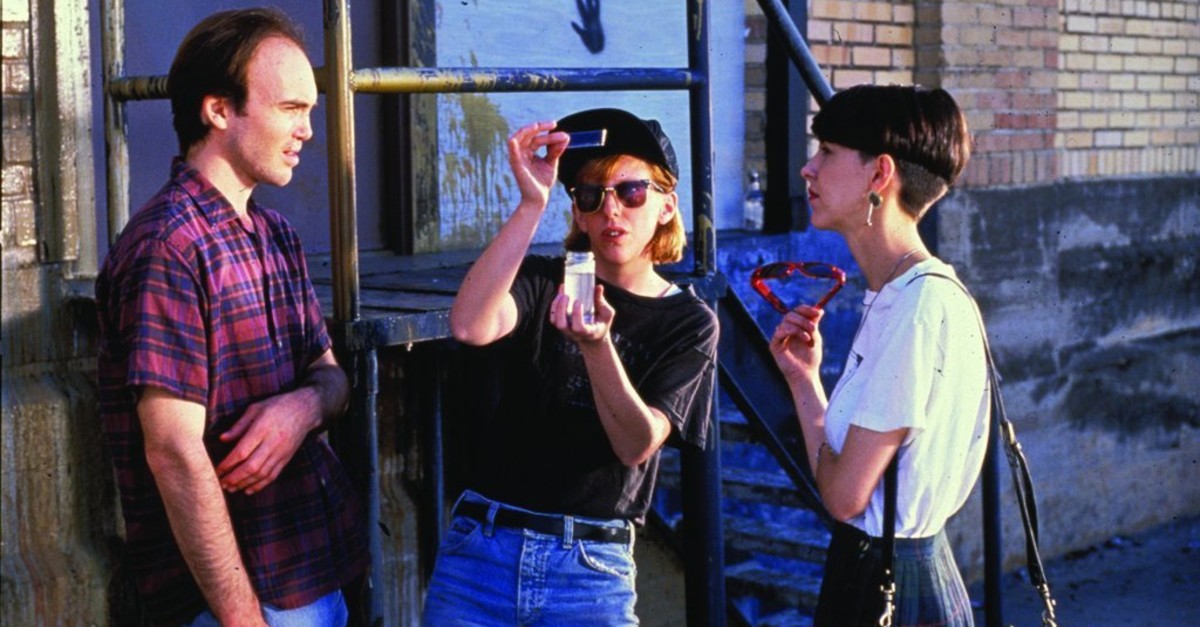 SALT's Thursday Cinema presents a selection of urban stories, tracing the impacts of the significant changes in the world during the 1990s. The sixth year program of Thursday Cinema will be held until the end of May at SALT Beyoğlu at the Walk-in Cinema.

Transitioning into a new world order, the 1990s saw myriad social transformations, shifts in everyday habits and future expectations and modifications of the built environment in anticipation of the 21st century. The post-Cold War era's political, economic and technological developments were manifested in urban space endorsed by fashionable labels such as "city branding" and "global cities." A compilation of urban stories, the 2019 Thursday Cinema program surveys the '90s non-uniform impacts on diverse regions rather than presenting a panorama.

The fall of the Berlin Wall and the dissolution of the USSR paved the way for the redefinition of Europe through a political and economic union, which instituted the idea of European citizenship and a single currency. Expansion of individual rights was on the rise with the Internet becoming public, mobile communication growing available and freedom of movement being officially advocated. While the first black president of South Africa was elected to office, ethnic conflicts continued to result in civil wars across the continent. Europe was also paralyzed with wars, which the EU could only address years later through trials. The '90s, the period that witnessed both unions and separations while the U.S. remained in a position of global dominance, was also marked by growing media frenzy and mass consumerism.

Exploring the significant changes in cities in the '90s, these fiction and documentary films reflect the preservation, interpretation, and even erasure of the recent past in individual and collective memories. Through distant characters, the program questions the sense of a "past future": How close or far are the '90s today?

The films in the Thursday Cinema program will be screened in the original language with Turkish and English subtitles. Here are the upcoming movies:

Directed by Carla Simon, the film "Estiu 1993" focuses on a relentless disease that shattered families. One of the countless children left behind by Spain's lost generation of AIDS victims, Carla Simon dedicates her 2017 movie "Estiu 1993" ("Summer 1993") to her biological mother. Receiving many awards from international festivals, the film tells a sincere story of a six-year-old orphaned girl, trying to find her place in a new life while silently grieving.

Born in Barcelona, the capital of Catalonia, Frida goes to live with her uncle, aunt and three-year old cousin in their farmhouse, located in a mountainous area surrounded by dense trees. Confused by this strange environment, she struggles to comprehend her situation and becomes unstable day by day. But, with the support of caring family members, Frida finds her own ways to deal with the loss of her mother and adapts to an unfamiliar world. The film will be screened on April 11.

Shown on April 18, Neapolitan-born writer and director Francesco Patierno's "Camorra" (2018) is a historical and socio-anthropological depiction of organized crime in Naples, the regional capital of Campania. Using mostly unpublished footage from the Italian national public broadcaster's archives, Rai Teche, it retraces the origins of this crime syndicate.

The documentary chronicles the growth of the Camorra from the 1960s through the 1990s; from its subordination to the Mafia, which controlled contraband cigarettes in Campania after the war, until the advent of Raffaele Cutolo, the undisputed boss, who unified bands of extortionists into a single, large armed and economic power.

"Slacker" (1990) depicts a single day with mostly under-30 over-educated, unemployed, talkative, nonparticipant bohemians, social outcasts and misfits in Austin, Texas. Although shot with a 16mm Arriflex camera and a total budget of $23,000 in 1989, it soon became an independent cult film due to its unique perspective on subculture and existence in America in the '90s. Director of the well-received "Before" trilogy, Richard Linklater enlisted regulars of the Austin Film Society, which he founded in 1985, to make a film via a series of interactions flowing from one scene to another. Characters, including a UFO buff insisting the U.S. has been on the moon since the 1950s and an anarchist who befriends a man trying to rob his house, talk freely on various themes such as city life, social classes, exclusion, unemployment and media. "Slacker" will be shown on April 25.