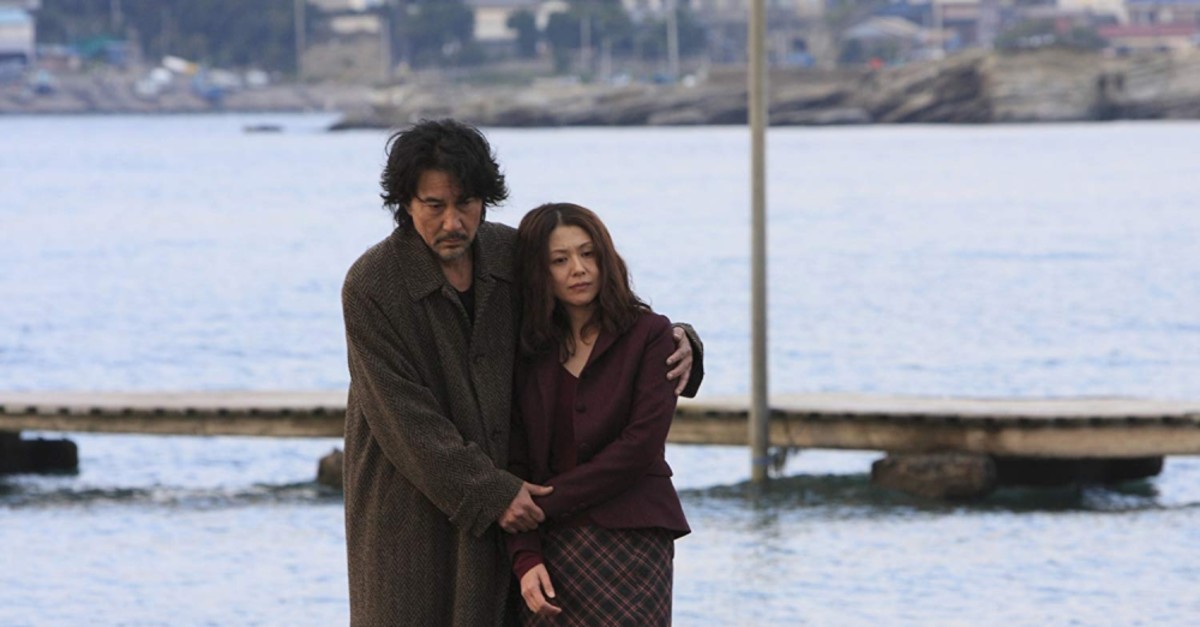 Japanese director Kiyoshi Kurosawa, who has been making films since the 70s, is known to international audiences as part of the J-Horror genre, which explores a Japanese take on what horrifies audiences. In conversation, he explains the possible reasons for the popularity of Japanese horror and how, often, the market determines the kind of films directors make

The best part of horror lies in the audience coming face-to-face with what they do not expect. It is then no wonder that horror film aficionados look for different stories and unique approaches to push the viewer out of their comfort zone. This is my way of understanding the phenomenon of the popularity of Japanese horror films. You can watch only so many American villas in the woods with poltergeists, only so many frat parties that go terribly wrong. Tired of these tropes, the hungry eye of the horror film lover roves further, sometimes all the way to Japan, where everything seems to work in a different way, where houses have corners you are not used to, where streets hide things in their weird angles.

One director Western audiences got to know through this penchant for Japanese horror films in the 1990s is Kiyoshi Kurosawa. The popularity of Japanese horror films created its own market, said Kurosawa during his master class at the Qumra festival in Doha. When in the '90s Japanese directors realized that international audiences were eager to watch horror films with a Japanese setting, they made as many of them as they could. Kurosawa himself has been making films since the 1970s, and horror certainly was not his first genre. The director's first foray into filmmaking was with yakuza film, a Japanese mafia film genre that the industry still produces in great abundance. When asked why the '90s was the right moment for this he said, "With the end of the 20th century, there was millennial anticipation that things could change, anticipation but perhaps also anxiety."

The master class at Qumra focused on the scenes of two of his horror films, "Cure" (1997) and "Pulse" (2001). "Cure" is about a series of murders committed in connection with a mentally disturbed man, and "Pulse" is about a ghost that lures lonely people into his own world through computer screens. Both these films thematize technological devices and the small interior spaces we associate with Japan. In "Cure," the investigator has to sift through ghostly presences in video material, and in "Pulse," made four years later, we move into the beginnings of the internet age: The protagonist has to be told by a computer engineer how to look at browser history and how to print a screen. These must have seemed ingenious tools for investigative purposes at the time. So while in 2001the film may have been hailed as yet another great J-Horror flick, watching it now feels like an homage to early internet and computer technology. 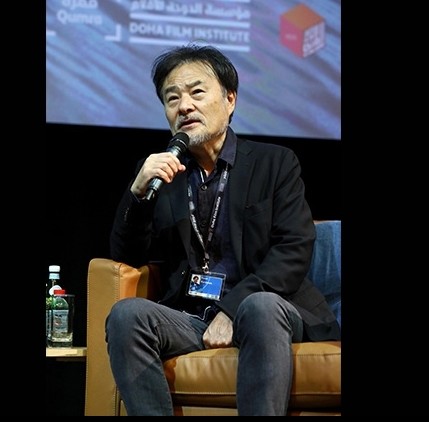 Kiyoshi Kurosawa speaking at a masterclass at Qumra Film Festival in Doha.

Sound and light are the two most important elements one has to work with, Kurosawa tells us in the master class. And for eerie, ghostly sounds, he says he uses sounds from nature. He credits the success of a particular scene in "Pulse" to the music. "If we had put some funny music on, it would have been a completely different scene." This is the scene in which one of the characters comes to an apartment before her friend disappears into the ghost world. The room is dimly lit, and the computer screen shows the interior the room she is standing in. This is the first uncanny element. Then there are the cooler strip doors that lead to the rest of the flat - the type of doors that remind us of animal carcasses and mortuaries. Those plastic strips also play with the light and then the soon-to-be-ghost boy appears as a shadow behind them. In Kurosawa's films, there are all these screens and surfaces that keep reflecting and hiding things that ought not to be there - and that must surely be part of his horror genius. "Right before something happens is an important moment, the art of making the audience feel that something is about to happen, something can happen."

The Japanese genre that filmgoers are exposed to these days, it seems, is family drama. Just as Japanese culture heralded the era of computers and robots back in the '80s, now it seems to be heralding the era of family dissolution and a crisis in elderly care. And this, then, seems to be what international audiences expect from Japanese cinema. This explains the success of Hirokazu Koreeda's "Shoplifters" (2018) at international festivals. Kurosawa's 2008 film "Tokyo Sonata" could in that way be seen to be heralding this era of Japanese films about unrealistic expectations of familial harmony. "Tokyo Sonata," which was shown at Qumra, is about the breakdown of communication in a Tokyo family. The two sons and the parents all have secrets to hide, all of which come to a head when the mother who is holding it together - as in all cultures - has her own mental breakdown. While the family is imploding, the news on TV shows American troops deployed in Iraq, and the strange phenomenon of the American Army recruiting Japanese soldiers. I am not au fait with the ways in which Japanese culture comes to terms with Hiroshima and Nagasaki and the continued American presence in the country. I may be looking for traces of trauma where there is none, but because I look for them, I find them.

In "Tokyo Sonata," the older son joins the American Army, and in Kurosawa's last "alien invasion" film "Before We Vanish," the camera often pans into an empty lot which has an old sign that says that the place once belonged to the U.S. Army. I mentioned my perception of the American presence haunting his films to Kurosawa. He seems not to have been asked this question before, and so he pauses and then says: "It might be true, I hadn't thought about that. You've just given me some homework to do." "Before We Vanish," too, can be classified as the dissolution of the family genre. In the film, aliens "harvest" certain concepts from humans, and one of the concepts they harvest is "family" - and then all kinds of tragedies occur when this concept is gone from the human brain.

Kurosawa seems to be moving in different directions still, as his next project "The Ends of the Earth" is about a Japanese travel program host visiting Uzbekistan. I am always interested in narratives about encounters between Eastern and/or Southern cultures, rather than the old and tired narratives of encounters between the East and the West. I ask him what kind of an image Uzbekistan has in the Japanese imagination and he says, "Near to none." In any case, if the Japanese have a mental image, it is to do with the words "Samarkand" and the "Silk Road" rather than Uzbekistan as a country, he adds.

Kurosawa is making his way toward his fifth decade in the film business. In the master class and the interview, his answers point to the fact that everyday spaces are already infused with stories and that the director's job is to get them out. As he moves onto new pastures in that sense, Kurosawa will keep filling familiar and unfamiliar spaces with his own stories and changing the way we look at the world, as all good filmmakers do.