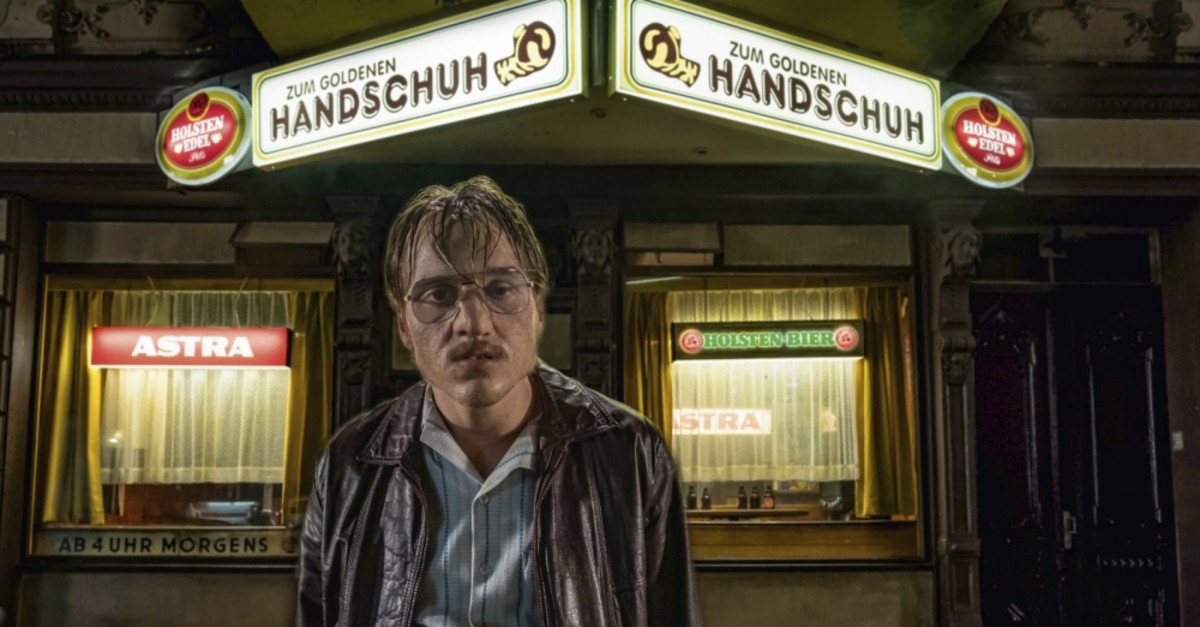 The acclaimed director, whose filmography I have watched over the years, went in a new direction with "In the Fade" and has continued the trend in his latest film. For "In the Fade," I can say his new take on the crime and thriller genre was obviously a little lacking in terms of plot and scriptwriting. Despite Diane Kruger's success in acting, the film was not without its technical shortfalls. When it comes to "The Golden Glove," it proved my doubts about the technical build-up were wrong. I have to say that the plot was amazing, and the selection of spaces, the use of colors and shooting, all contributed to the authenticity. I can firmly say that this is the best film by Akın in terms of technical features. As for the story, "Gegen die Wand" ("Head-On") still holds the crown. Known for depicting the in-between stories of the Turkish community in Germany, Akın focuses on a solely German story this time. Compared to his most well-known film "Gegen die Wand," in addition to films such as "Kurz und Schmerzlos" and "The Edge of Heaven" that featured Turkish stars acting in Turkish stories, this film is completely unique and bears nearly no traces of Akın's usual touch on migration matters. He only shows a guest working for Greek family, unwelcomed by Fritz Honka, who is a racist on top of being a serial killer.

The film takes spectators to the Hamburg of the 1970s. The narrative focuses on a notorious street where desperate wastes of society, old prostitutes and hopeless men hang out. It is a very rare story that hints to the left-outs of the Nazi regime, nearly 30 years later. Among the regulars of the Zum Goldenen Handschuh pub are a former Nazi commander and old women forced into prostitution in concentration camps. Fritz, the leading character, is also the son of a communist in the camps. We do not know much about his family, except that there is no mother in their life, and Fritz sees only sees his brother out of the many other siblings, some of whom have already died. Here we witness how German society could not handle the after-effects of the Nazi regime, including the persecutors and the victims, in the ignored trash of urban space.

The film opens with a crime scene in the house of Honka, who kills old prostitutes and stacks their body parts at home. Old prostitutes are his only chances as younger and beautiful women do not even look at him due to his ugly face, but he is so obsessed with them that the old ones, content with a drink and a place to sleep, become the victims of his desperation. His house is like a showcase that displays the pervert's mindset: Nude female posters on the walls, as well as many dolls piled on top of the sofa, accompanying the filthy atmosphere that simply has the feel of being unclean. His body and the house are so dirty, and getting even worse with the murders, that you can literally smell the rotting environment. This feeling continues until the end. Even at this very moment as I sit to write about it, I feel sick. Everything is pale brown: Undergarments, posters on the wall, housewares in the kitchen and so on, all contributing to the feeling of dirtiness and oldness.

What Fritz invests in is alcohol, which reveals his perverted personality when he consumes too much. For a short time, he stops drinking and starts to cling to life as an ordinary man, until he starts to drink and kill again. Viewers will see excessive use of alcohol and how it feeds his misery throughout the film. Another thing you will be exposed to way too much to is uncensored nudity and violence. All the sounds and images of violence during the kills can be unbearable for sensitive audiences. You have to endure watching how he takes women home, how unbalanced his personality against women is, how he kills women, in detail like a documentary. You will see a real misogynist who can dismember his victims and live with their wrapped body parts.

Before closing, I have to say that the young actor Jonas Dassler has performed so well that it is frightening. With the undeniable effect of the heavy plastic makeup, the 22-year-old actor has astonishingly and successfully shouldered the role as a 30-something pervert whose anger can be read in his eyes, as well as in his body trembling enthusiastically during the kills. His excellent acting deserves a standing ovation.

However, if you cannot stand the excessive use of nudity, violence, blood and filth, you had better pass on this film.