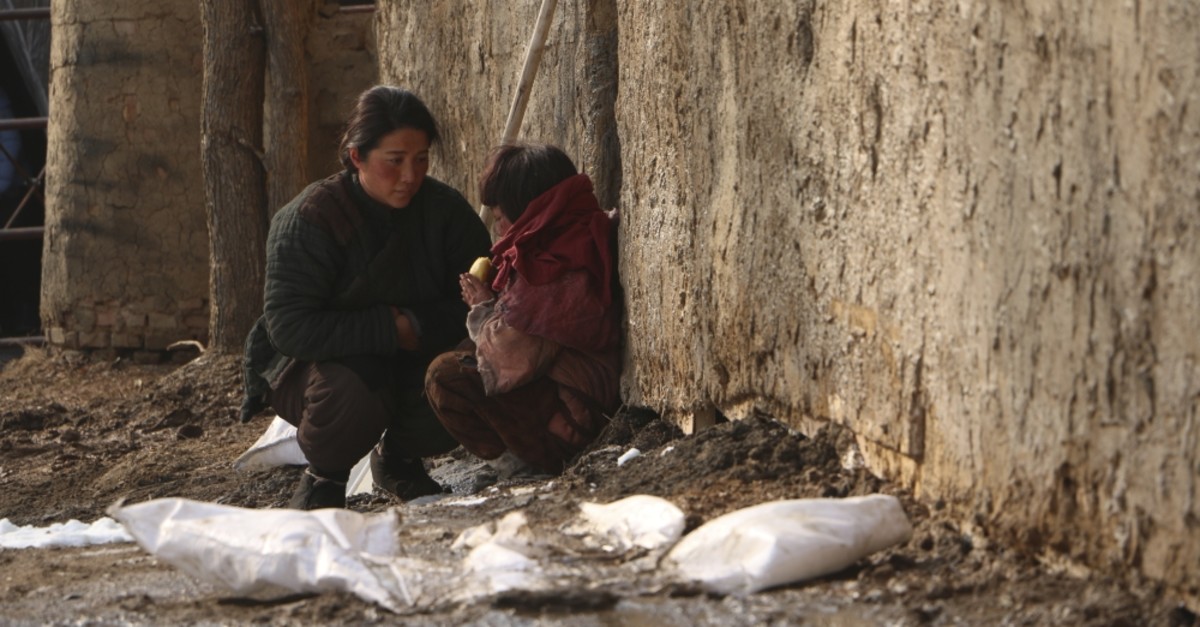 u201cDong Qu Dong You Laiu201d (u201cWinter After Winteru201d) presents the story of a villager who is trying to save his family during the Japanese occupation of Manchuria.
by daily sabah Apr 25, 2019 12:10 am

Istanbul Modern Cinema in cooperation with the Chinese Consulate in Istanbul offers a selection of films from last year representing contemporary Chinese cinema. The films in the program, which has been prepared on the occasion of the People's Republic of China's 70th anniversary, explore current socioeconomic transformations in Chinese society and culture through different subjects and characters, while also reflecting the expansion of Chinese cinema, which progressively enlarges its place in world cinema.

At Istanbul Modern after Cannes

The program includes "Jiang Hu Er Nü" ("Ash is Purest White") by Jia Zhang-ke, one of the leading directors of modern Chinese cinema. Depicting China's transition to capitalism through a romantic tragedy set in a world of gangsters, the film competed at the Cannes Film Festival. The selection also features "Dong Qu Dong You Lai" ("Winter After Winter") which portrays a Chinese family's struggle for survival during the Japanese invasion of Manchuria. Other films in the program include "Guo Chun Tian" ("The Crossing") by Bai Xue, which centers on the life of a 16-year-old girl.

Hu Bo's first and only film

The first and only film by director Hu Bo, who is also known for his writing, "Da Xiang Xi Di Er Zuo" ("An Elephant Sitting Still") is among the attractive productions of the program. The film focuses around 24 hours of a group of characters whose lives intersect in north China.

Directed by Feng Xiaogang, "Fang Hua" ("Youth") features Xuan Huang, Miao Miao and Chuxi Zhong. Xiaoping is a young girl who decides to make a fresh start by joining the art community of the People's Liberation Army during the Cultural Revolution of the 1970s. However, she is unable to adapt and is excluded by the community. The only person who understands and defends her is the good-hearted Liu Feng. The friendship between these two will develop throughout the years, and they will eventually find love in one another. Adapted from Yan Geling's own biographical novel, "Fang Hua" presents the touching story of a couple who witnessed events that shaped society in China's tumultuous history from the 1970s to the 1990s

Directed by Zhou Lidong, "The Fall" features Zhou Lidong, Lu Daju and Yan Luyang. Lin is the manager of a local business and leads an ordinary life. His wife lives abroad, and his son is preparing for the university entrance exam. While Lin tries to fulfill his responsibilities as a father and husband, a deal he makes with a big company will turn his entire life upside down. He will find himself in a challenging struggle for survival. Director Zhou Lidong has also written the script and plays the leading role in this first feature. The film won the NETPAC award at the Warsaw International Film Festival last year.

Directed by Peter Zuo, "Out of Crimes" features Wang Haitao, Ren Qingan Ding and Jianjun Dong Bo. In this debut feature, director and screenwriter Peter Zuo subtly intertwines the lives of different characters, creating a multilayered crime drama. Junpo, a miner having financial problems, struggles to find the money for the treatment of his daughter who is terminally ill. He asks his boss, Liangui, to pay him the compensation they owe him without delay, but he is turned down. Junpo thinks kidnapping his boss's daughter is the only way to get the money he needs. However, nothing goes as expected, and he finds himself in a spiral of intrigues that also involve other people.

Directed by Jia Zhang-Ke, "Jiang Hu Er Nü" ("Ash is Purest White") features Zhao Tao, Liao Fan and Xu Zheng. Qiao and Bin are a couple who have considerable influence in the underworld. Following a gang confrontation, Qiao is sentenced to prison. When she gets out of prison five years later, she searches everywhere for her lover Bin. But China has also changed radically, and nothing is as it is used to be. Nominated for the Palme d'Or at Cannes Film Festival last year, director Jia Zhang-Ke's latest film portrays a strong woman while also recounting China's social transformation between 2001 and 2017 through a romantic tragedy set in the world of gangsters.

Directed by Dante Lam, "Hong Hai Xing Dong" ("Operation Red Sea") features Zhang Yi, Huang Jingyu and Hai Qing. While on exercise duty in the Red Sea, a Chinese navy ship receives a help call. Pirates have attacked a cargo ship and the lives of the Chinese passengers on board are in danger. Meanwhile, civil war continues in Yewaire, where Chinese citizens have been taken hostage during a terrorist attack. The Chinese navy will start an operation to rescue its citizens. The film is based on a real-life event that happened in 2015 during the civil war in Yemen. It received four nominations at the Asian Film Awards this year and was the top-grossing film in China in 2018.

Directed by Bai Xue, "Guo Chun Tian" ("The Crossing") features Gang Jiao, Elena Kong and Kai Chi Liu. Although Hong Kong rejoined the People's Republic of China, it continues to maintain its autonomy. A border checkpoint still needs to be crossed for entering the region. In the first feature film by the director, this situation continuing for 20 years is told through the story of Peipei. Sixteen-year-old Peipei, who travels to Hong Kong every day from her home in the mainland city of Shenzhen for her school, dreams of going to Japan. She needs money for this trip, so she begins to smuggle iPhones. The customs officials at the border do not suspect anything from this innocent-looking girl wearing a school uniform. But over time, Peipei's relationships with her family and friends will be destroyed, and her daily routine will turn into a highly dangerous adventure.

Directed by Chengjie Cai, "Xiao Gua Fu Cheng Xian Ji" ("The Widowed Witch") features Tian Tian, Wen Xinyu, Wang Qilin and Wang Fuyou. When the factory which Erhoa runs with her husband burns down, she walks away from the accident. However, she loses both her livelihood and her husband. Widowed for the third time, the woman is accepted as cursed by the villagers. Erhoa realizes that she can turn this superstition of the villagers into a means of livelihood after a few miraculous events. After having survived the difficult days following the accident, she begins a new life by introducing herself as a shaman, giving advice to people and finding remedies for their various sufferings.

Directed by Hu Bo, "Da Xiang Xi Di Er Zuo" ("An Elephant Sitting Still") features Yu Zhang, Yuchang Peng and Uvin Wang. It is the first and only film by director Hu Bo, who is also known as a writer. The director committed suicide after finishing the film, which won the FIPRESCI Prize and the Best First Feature Award at the Berlinale. The film tells the epic story of a day in the life of different characters. There is a boy who is abused by his father, a girl who can't get along with her mother and an elderly man whose family wants to place him in a nursing home. They all live in a small town in Northern China where economic depression can be felt in every aspect of life. Each one is trying to escape from their troubles and pain. They meet on their way to see the elephant that is rumored to spend all day simply sitting still without a care in the world. 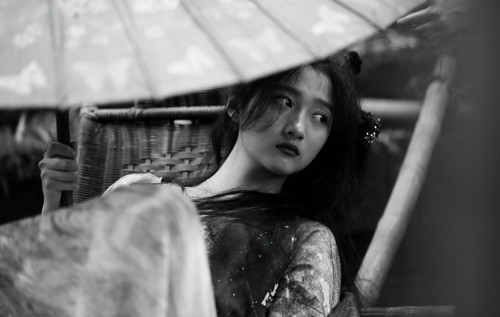 Directed by Zhang Yimou, who is known for such films as "Shi Mian Mai Fu" ("House of Flying Daggers") and "Ying Xiong" ("Hero"), "Ying" ("Shadow") combines East Asian martial arts and the tradition of Chinese ink painting. Inspired by the Tai Chi diagram, known as the yin and yang symbol, the film comes to the forefront with its visual style. Set during the Three Kingdoms era, the film focuses on an exiled king's struggle to protect his land. While the director surprises us by using less color than he usually does, the film offers us a visual feast, mesmerizing the audience with its stunning fight scenes shot under the ceaseless rain.

Directed by Xing Jian, "Dong Qu Dong You Lai" ("Winter After Winter") features Yan Bingyan, Gao Qiang, Liu Di, Hibino Alkira and Yuan Liguo. Presenting a little-known aspect of World War II, the director brings the story of a villager who is trying to save his family during the Japanese occupation of Manchuria to the screen. The Japanese are about to take away Lao Si's three sons. After forcing his eldest son to divorce his wife because he cannot have children, Lao Si wants one of his other sons to have a child with the same woman. The young men are taken by force to a camp by the Japanese but the youngest escapes and returns home. After a while, he gets his sister-in-law pregnant and things get further complicated and out of balance in the household.