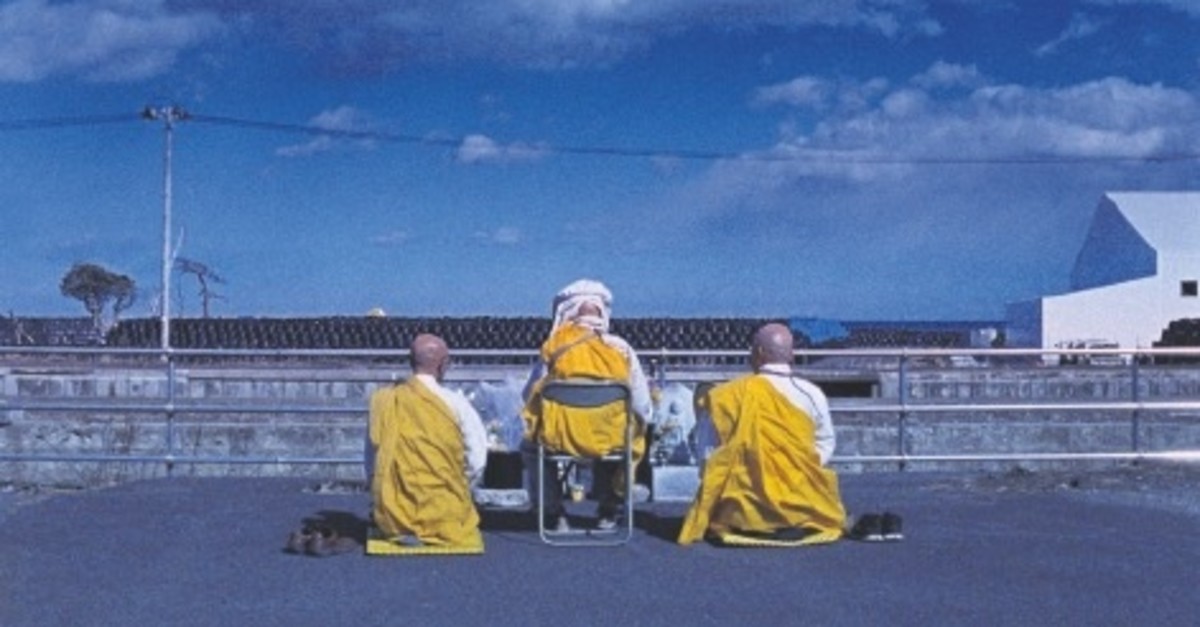 Located near the Bosporus, Kundura Cinema invites audiences to a unique cinema experience with its film program in May, promising to challenge audiences with screenings focusing on dystopias. The program is filled to the brim with special screenings, workshops for kids and a dystopian film selection.

Produced in 2013 by acclaimed director Leos Carax, "Holy Motors" invites spectators into the lives of different people such as a beggar, an old man and an acrobat. Pushing the limits to the end, Carax shows that cinema is not only about telling stories.

One of the first representatives of French new wave, Jean Luc Godard's 1965 black-and-white film "Alphaville" tells the story of private detective Lemmy Caution's adventure in galaxy's capital Alphaville. His mission is to find the lost agent Henry Dickson, capture professor VonBraun, the creator of Alphaville, and then destroy Alphaville and Alpha 60 the computer-human ruling the city. During his mission, Lemmy Caution meets femme fatale Natacha and falls in love with her. However, there is a huge problem: Natacha is the daughter of the scientists who created Alpha 60. Considered one of the best examples of the dystopian genre, "Alphaville" won the Golden Bear prize in 15th Berlin International Film Festival.

"Sin City" by directors Frank Miller and Robert Rodriguez centers around the habitants in the Sin City where the town beckons to the tough, the corrupt and the brokenhearted. Produced in 2005, inhabitants of Sin City seek revenge and lust for redemption. The lives of unlikely heroes still trying to do the right thing in a city that refuses to care is reflected in the film.

Kundura Cinema features select documentaries from the International Documentary Film Festival Amsterdam in the May program. Director Rati Oneli's "City of the Sun" took first prize for Best Feature Length Documentary in Madrid International Film Festival 2017. The lives, dreams and destinies of extraordinary characters unfold in this impressionist dreamscape amid the ruins of a semi-abandoned mining town in the "City of the Sun." "Half Life in Fukushima" by directors Mark Olexa and Francesca Scalisi produced in 2016 centers around the experiences of Naato, who is a Japanese farmer within the radiation zone after the Fukushima nuclear disaster.

Kundura Cinema invites kids between the ages of 7 and 10 to an entertaining and educating workshop by Museum educator and writer Hüsne Rhea Çiğdem in May. From the creation of cinema with Lumiere Brothers to the first-ever-screened cartoon "Fantasmagorie," the workshop will focus on cinematic history. Kids will have the chance to create their own thaumatropes and after the workshop select cartoons from the Lobster Film catalog will be screened. Parents are also welcome to attend the cartoon screenings. The workshop will be held at Kundura Cinema on May 26, Sunday.

Charles Vidor's 1946 produced "Gilda" tells the story of Gilda, who is married to a wealthy club owner in Buenos Aires. The screening is a second chance to watch the film with Rita Hayworth's memorable performance as a woman trapped in a love triangle for those who missed the first screening in April.