Cinema's use of fabric and color focus of film program 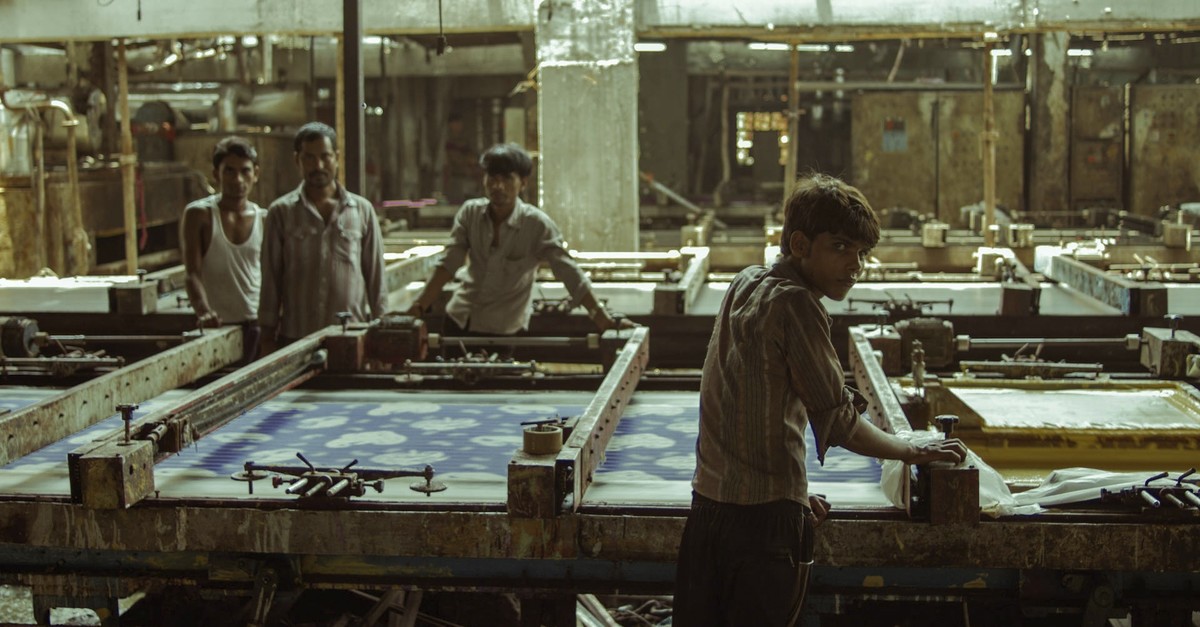 u201cMachinesu201d portrays the heavy working conditions at the textile factories in the Indian state of Gujarat.
by Daily Sabah May 16, 2019 12:08 am

Organized as part of the 'The Event of a Thread' exhibition, Istanbul Modern Cinema is presenting a screening program, 'A Touch of Thread' that showcases the history of textiles through films

Curated by Müge Turan parallel with the ongoing exhibition "The Event of a Thread," films focusing on costumes, one of the most prominent factors in the fashion industry, explore cinema's relationship with fabric and color in addition to its influence on the creation of characters. "A Touch of Thread" opens today and ends May 26.

The afro-futurist superhero film "Black Panther," the winner of this year's Best Costume Academy Award, adds an alternative layer to the world of Marvel. The film tries to answer the question "How would African societies dress if they hadn't been colonized in the past?" and stands out for costumes inspired by the traditional cultures of African tribes, while presenting them as super heroes.

Peter Strickland's "In Fabric" will be presented to spectators after being shown in last month's Istanbul Film Festival.

'The Carpetmaker Girl' from Turkish cinema

"Halıcı Kız," Muhsin Ertuğrul's last film and the first film in color in Turkish cinema, is one of the notable films in the program. The film will be screened right after the festival in its restored version by Yapı Kredi.

Laszlo Nemes' second film, "Napszallta" ("Sunset"), takes spectators to the era of World War I. The program also offers various short films, the oldest of which dates back to 1911. Here are the films in the program:

In this film's universe, puppets live on strings that stretch from the ground to the sky. In this world, where life pours down from strings hanging from heaven, two races fight a hundred year war. A prophecy says a hero, a stranger both to himself and his society, will end this cruel war that breaks thousands of strings in heaven and smothers the sky with flames. This mesmerizing animated film was directed by Anders Ronnow Klarlund. It took four years to film and is the result of the work of 150 puppet masters. It is a legend with strings stretching to infinity and puppets living on them. 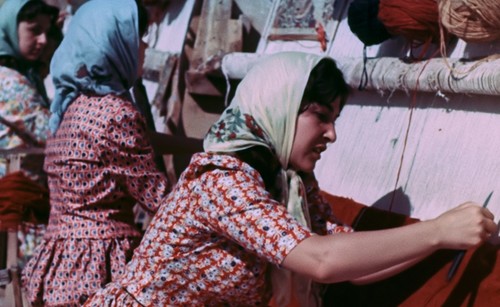 The first film shot and released in color in Turkish cinema, "Halıcı Kız" ("The Carpetmaker Girl") has been restored 66 years after its release. The film tells the story of a carpet weaver, Gül, who had a run of bad luck due to her beauty. Gül loses her mother, runs away from a corrupt owner of a carpet-making workshop. This Anatolian journey starts in Isparta. Harassed in Istanbul because of her beauty, Gül isolates herself. The story focuses on the strings and the carpet. Muhsin Ertuğrul again focused on the notion of women's struggles in this story, his last film.

A prominent representative of the Czech New Wave, the film depicts the rebellion of two women - both named Marie - against an oppressive and corrupt society. Approaching materialism with an anarchic attitude, the film presents shattered individuals at its center. However, it is not only clothing that was ripped, but also the bodies and souls of the main characters. The story of two women rebelling against wealth and bourgeoisie has remained popular since its release in 1966. It is one of the most influential examples of feminist cinema. After its release, the film's director, Vera Chytilova, was restricted from making films for 10 years, and the film was banned.

Emine Emel Balcı's film competed in the category Best First Film at Berlinale's Forum in 2015 and tells the story of Serap, who works in a textile workshop to save money. Living with her macho and violence-prone brother-in-law and her older sister, she's a mere spectator: She is unhappy with the situation and wants to live with her father who is a long-distance driver. However, her father ignores her demand, and the fate of the young woman changes. The film shows a female worker in a merciless market with effective language.

With his second film, Laszlo Nemes takes the audience to the era of World War I. Growing up as an orphan, Irisz returns to Budapest after years and applies to Letier - the famous hat shop founded by her parents - for a job. However, the new owner of the shop rejects her. To spend the first night in the city, the young woman goes to the place where the other workers reside and learns she has a brother and starts pursuing information about her past.

As usual, Nemes makes use of long shots and close-ups, often focusing on the face of the main character, and quiet speeches as if all the characters have a secret. The hat used in the movie represents the civilization that covers the decay and conflict in Hungarian society.

Famed for the films "Berberian Sound Studio" and "The Duke of Burgundy," Peter Strickland's latest film, "In Fabric," pays tribute to the Italian "giallo" films of the 1970s. Since he wanted to study how people develop relationships through clothing, Strickland depicts the hypnotized state of consumer society via a red, fashionable, cursed nightdress that fits everyone who puts it on. This dress, which is on sale at D&S, a dress shop where everyone - including the boss and the employees - and everything is extremely strange and even shivery, takes control of its first owner, an unhappy widow named Sheila, and then the mechanic Reg and his wife Babs, respectively.

The fate of Wakanda, a secret country in Africa with advanced technological powers, is in grave danger from an ex-enemy of King T'challa. T'challa will take advantage of the situation to fight those trying to take his throne while taking the enemy down in the name of saving his people and traditional values. Directed by Ryan Coogler, "Black Panther" stands out with outfits that are inspired by the traditional culture of African tribes and portray them as super heroes.

Having its world premiere at the International Documentary Film Festival Amsterdam, Rahul Jain's first film won the Best Cinematography Award at the Sundance Film Festival. Portraying the working conditions at textile factories in the Indian state of Gujarat, the film skillfully presents the almost earsplitting sounds and colorful paint cascading as a creamy waterfall in the colorless environment of the factory. Underlining the social context of his topic, the director is not able to resist the charm of fabric and paint.

Inspired by Hans Christian Andersen's famous tale "The Red Shoes," the film presents Boris Lermentov, the head of a famous dance group, who encourages Vicky, a talented ballerina, to become a star. Vicky falls in love with Julian who composes music for "The Red Shoes" ballet; however, Boris also has feelings for the young, talented woman. In the middle of a love triangle, Vicky is caught between her almost obsessive passion for ballet and her own happiness. While Vicky is seduced and involuntarily controlled by the secret power of the ballet shoes, the audience will be mesmerized by the tone of Technicolor's red color palette. In addition to the film's visual, musical and fictional success, the characters' costumes play an indispensable role in the dramatic form of the film. The film was co-directed by Michael Powell and Emeric Pressburger.