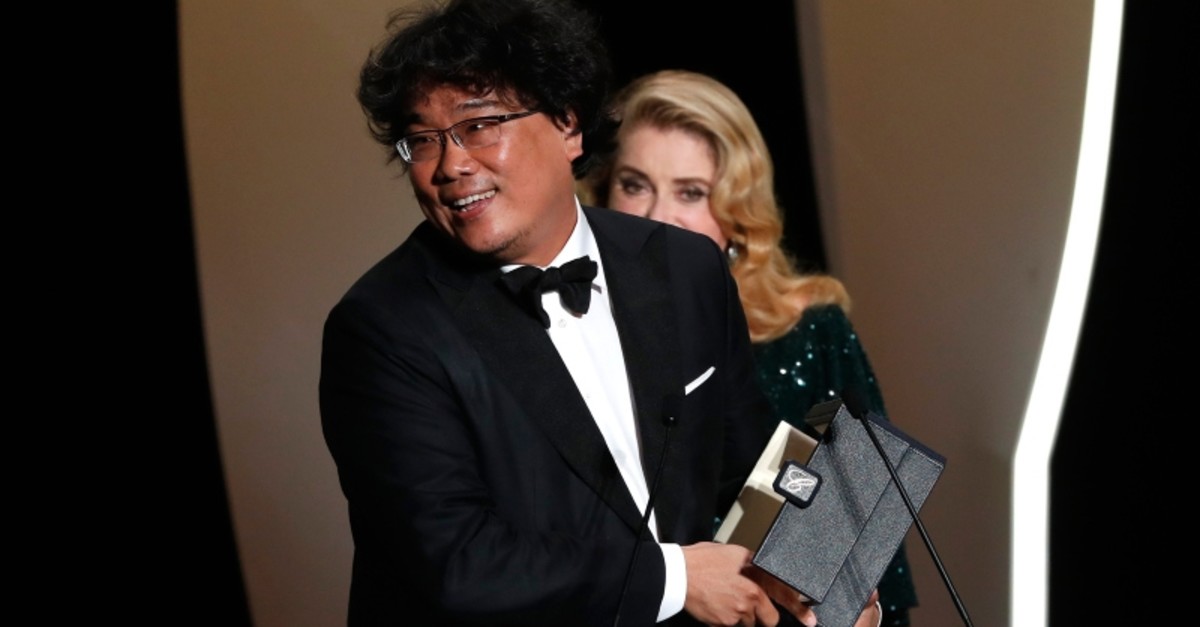 The win for "Parasite" marks the first Korean film to ever win the Palme. In the festival's closing ceremony, jury president Alejandro Inarritu said the choice had been "unanimous" for the nine-person jury.

The genre-mixing film had been celebrated as arguably the most critically acclaimed film at Cannes this year and the best yet from the 49-year-old director of "Snowpiercer" and "Okja."

It was the second straight Palme victory for an Asian director. Last year, the award went to Japanese filmmaker Hirokazu Kore-eda's "Shoplifters."

Two years ago, Bong was in Cannes' competition with "Okja," a movie distributed in North America by Netflix. After it and Noah Baumbach's "The Meyerowitz Stories" another Netflix release premiered in Cannes, the festival ruled that all films in competition needed French theatrical distribution. Netflix has since withdrawn from the festival on the French Riveira.

Belgium's Dardenne brothers added to their tally on Saturday with the best director award for "Young Ahmed".

The 35-year-old is the star of psychological chiller "Little Joe" in which she plays a scientist working on a flower whose smell can make people euphoric.

The actress -- the star of the martial arts television series "Into the Badland" -- joked that she was in such a hurry to rush back to Cannes for the awards ceremony that she forgot her toothbrush.

"Almodovar is my mentor. We have been friends for 40 years... I saw things in the script that I didn't know about him. He was very sincerely confronting himself in front of an audience in the film," the actor said.