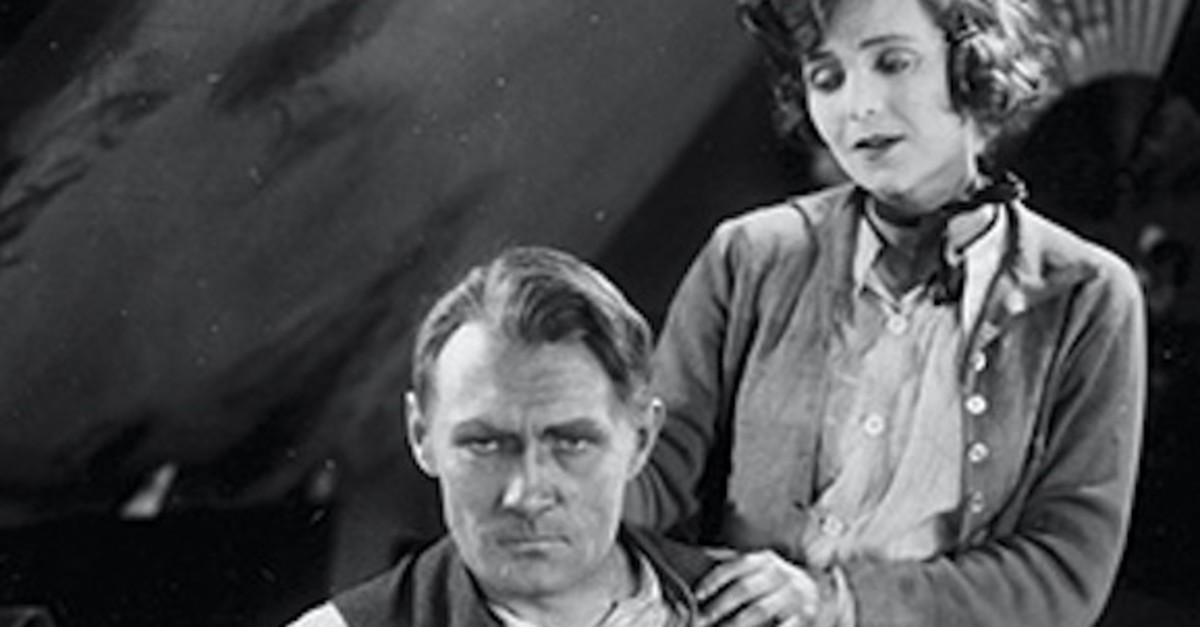 Pera Film's 'Berlin – A City Called Home' program, is set to meet movie enthusiasts from May 29 to June 3, offering viewers the chance to view nine important movies from the history of cinema

Pera Museum Film Programs offer a program entitled "Berlin – A City Called Home" with the collaboration of Berlin Film and Television Museum, one of the leading museums of Germany. Curated by Deutsche Kinemathek, the program depicts the 90-year history of this versatile city, which spent the 20th century in turbulence.

The program includes "Die Verrufenen" ("Slums of Berlin"), "M," "Irgendwo in Berlin" ("Somewhere in Berlin"), "Zwei unter Millionen" ("Two Among Million"), "Die Beunruhigung" ("Apprehension"), "Jahrgang 45" ("Born in '45"), "Wege in die Nacht" ("Paths in the Night"), "Berlin is in Germany" and "Ostkreuz." The movies offer a panoramic view of the changes that have occurred in the urban landscape and focus on the lives and struggles of the inhabitants of the city.

"Slums of Berlin," to be screened within the scope of "Berlin – The City Called Home" program, is directed by Gerhard Lamprecht. Lamprecht, who is also the founder of the Deutsche Kinematek Film Museum in Berlin, depicts the social life of German painter Heinrich Zille in 1925 film "Slums of Berlin." The movie shot by the director a few months after World War II, offers a realistic view of the psychologies of the inhabitants of a destroyed city.

The 1930 film "M," directed by Fritz Lang, combines social criticism with tension and creates a hysterical panorama of personal madness and social hysteria. Victor Vicas sits in the director's chair in "Two Among Millions" shot a few months before the construction of the Berlin Wall in 1961. The movie reflects the distinctive atmosphere of the city and establishes the connection of the main characters with personal and professional challenges.

"Born in '45," shot in East Berlin in the summer of 1965 and directed by Jürgen Böttcher, tells the story of a life of desire through documentary visuals. Helga Schubert's autobiographical movie "Apprehension" is deemed the most impressive movies shot in East Germany by a woman.

"Ostkreuz," depicting the story of a 15-year-old teenage girl living in the "unmanned zone" between two Germanies right after the fall of the Berlin Wall is shot by Michael Killer. "Paths in the Night," the opening movie of the "Fifteen Days of Directors" selection at 1999 Cannes Film, is set in the Germany after the unification. Andreas Kleinert directed the movie, which draws attention to how the relations in a deteriorating social order disappear. Adapted from Helmer's 1999 short film, directed by Hannes Stöhr, "Berlin is Germany" brings together the sadness in the journey of an ex-convict in learning the new world with wittiness and technological realism.

This feature movie of Gerhard Lamprecht depicts the social life of German painter Heinrich Zille in Berlin. The 1925 movie tells the story of engineer Robert Kramer, who has just gotten out of prison and is trying to re-adapt to the society. Sex worker Emma prevents Kramer from ending his life. Gerhard Lamprecht, known for the multi-volume work "Deutsche Stummfilme," compiling works of German cinema from 1903 to 1931, established Deutsche Kinematek film museum in Berlin.

A simple but haunting melody of a whistle sound from outside the screen informs people of the death of a young girl. As the serial killer Hans Beckert (Peter Lorre) approaches the little girl named Elsie Beckmann, a posters in the frame asks "Who is the killer?" Fritz Lang's stunning masterpiece "M" combines social criticism with a terrifying tension and acts as an example of psychological thriller films even today.

Berlin is in ruins after World War II. The ruins of the city are an exciting yet dangerous playground for Gustav, Willi and their friends. The games they play help them pass time, especially for Gustav who is waiting for his father's return from the prison. One day they encounter a desperate and exhausted stranger.

"Somewhere in Berlin" was shot a few months after the war and offers a realistic view of the psychology of the inhabitants of a destroyed city.

Directed by Victor Vicas, "Two Among Millions" focuses on the love story of a couple in East Berlin, who are planning to buy a tavern. The movie was shot shortly before the Berlin Wall was built, tries to catch the atmosphere of the city and also offers a view on the personal and professional struggles of the main characters.

Set in East Berlin in the summer of 1965, the movie focused on the newly divorced Alfred and Lisa. Al is a mechanic and Li is a pediatric nurse. Al wanders around the city on his day off and meets with his former biker buddies and flirts with a blonde woman named Rita. He moves into his mother's house after leaving their home in Prenzlauer Berg when they were married. However, Al is still in contact with Li through his neighbor, Mogul. There may be a hope of a new beginning in their future.

Inspired by the Italian neorealists of the 1950s, Jürgen Böttcher tells the story of desire for life with poetic yet documentary images.

Inge Herold, a divorcee in her 30s, lives with her 15-year-old son. Inge works as a psychologist and has a relationship with a married man. She is deeply shocked when she finds out that she has breast cancer and has to have surgery the next day and she starts questioning her life. Helga Schubert's partially autobiographical movie, directed by Lothar Warneke, "Apprehension" is deemed the most impressive movie shot by a woman in East Germany.

"Ostkreuz" tells the story of the 15-year-old Elfie, who lives in the "unmanned zone" both realistically and figuratively between two Germany after the fall of the Berlin Wall. The movie uses a neorealistic aesthetic to highlight the challenges of the young girl and also, indirectly, Germany. Telling the beautiful yet sad story of Elfi in the underground world of Berlin, Micheall Klier depicts a very fast and changing life full of television footage.

'Paths in the Night'

A middle-aged man named Walter becomes unexpectedly unemployed and starts wandering the streets of the city at night to find something that will add meaning to his life. Befriending a cynical couple, Walter tries to steal some expensive jewel to reclaim the respect of his wife. "Paths in the Night," the opening movie of the "Fifteen Days of Directors" selection at 1999 Cannes Film, is a dramatic masterpiece full of black and white visuals directed by Andreas Kleiner. Set in Germany after the reunification, the movie focuses on how relationships are lost in a deteriorating social order.

'Berlin is in Germany'

Completing his 11-year prison sentence, former German Democratic Republic citizen Martin Schultz, witnesses the fall of the Berlin Wall from his prison cell. Returning home with hope, Martin cannot recognize the East Berlin that he knew. Now, there is the "New Berlin" and all that is left from "Former East Berlin" is about to disappear. The absence of 11 years is equivalent the experience of time travel and Martin runs into a series of problems while he's trying to find his place in the new world. Adapted from Helmer's 1999 short movie and directed by Hannes Stöhr, "Berlin is in Germany" depicts the sadness in the journey of an ex-convict in discovering the new world order with wittiness and technological realism.