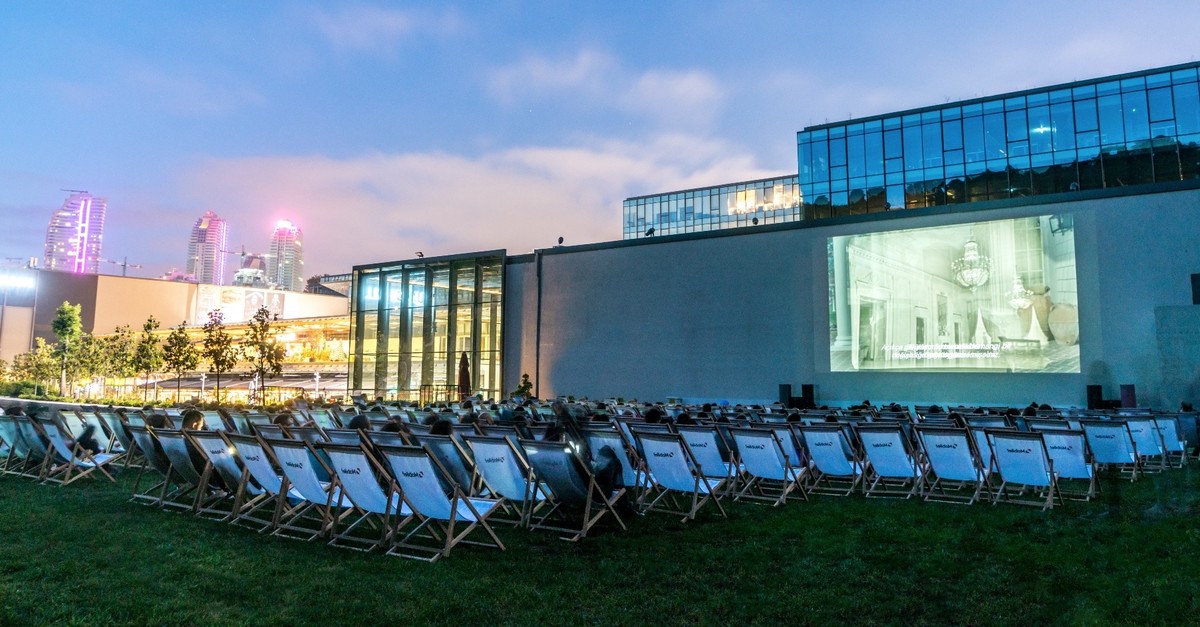 Providing Istanbulites a relaxing location with a touch of nature, UNIQ Istanbul will kick off its movie marathon on June 12.
by İREM YAŞAR Jun 03, 2019 12:04 am

Even if one may think outdoor cinema is a new trend, its history dates back to long ago. After the Lumiere Brothers brought the world of cinema to our lives with the invention of cinematography in 1895, moving cinemas appeared. These cinemas did not last long and outdoor cinemas became spread around the world.

In Turkey, the outdoor cinema tradition brings us back to a nostalgic period before the 80s. Open-air cinemas, which consisted of wooden chairs before a silver screen, were established from May to September across the country as televisions did not have an important part in the daily lives of the public yet. Recently, UNIQ Istanbul, a culture and art complex in Maslak, a very central neighborhood of Istanbul's Sarıyer district, gets ready to present an open-air film festival, which will bring the audience back to those nostalgic days, in June 12.

Indeed, the complex will hold the festival for the fifth time this year and present a program comprising of 60 films in total, 50 of which are features while the rest are short-length productions, in collaboration with Başka Cinema.

Daily Sabah spoke with Sonay Yücel, the general director of UNIQ Istanbul, and Azize Tan, the director of Başka Cinema, to get information about the festival and film lineup in detail. General director Sonay Yücel told that the number of the outdoor events held in Istanbul is so limited and they are all generally concert programs. Desiring to organize an alternative outdoor program for Istanbulites, they came up with the idea of an open-air film festival.

While arranging the festival, their aim was not to show movies that have met comfortably with audiences. They aim to screen the best examples of independent cinema and award-winning films that had difficulty to meet the audience in theaters. Sonay Yücel said that this is why they have collaborated with Başka Cinema, the only place in Turkey for such films in Turkey. 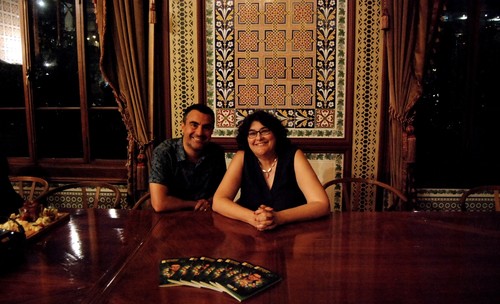 Therefore, Başka Cinema Director Azize Tan stressed that Başka Cinema is an independent cinema distribution platform established to meet the audience of high-quality art films in Turkey. Founded six years ago, the platform has brought together 300 local and foreign films have won awards in festivals and the audience in this period. Tan remarked, "In addition to the annual film program, we meet with viewers in 18 different cities with the weekly screenings under the title of Başka Çarşamba (Wednesday). Moreover, we are trying to spread the festival culture with UNIQ Open-Air Film Festival and Başka Cinema Ayvalık Film Festival, which we started last year. Along with current films, we are trying to support the cinema culture by revitalizing the cinema classics of directors such as Ingmar Bergman, Krzysztof Kieslowski and Andrei Tarkovsky."

When UNIQ Istanbul first started to present this program to the audience, it was not called a festival and had fewer films. However, the content got stronger, the number of films increased and the screening area became more comfortable in time. Yücel implied that all of these changes made a great impression on the audience and caught their attention.

Azize Tan noted that she and her team had a great motivation to organize this film festival. With this organization, they want to present a summary of the year to movie buffs, to break the perception of not going to the cinema in the summer, to revive the old summer cinema culture, to break up the prejudices against some films by bringing together alternative films and popular films. Another good thing about this festival is that the number of the films screened by Başka Cinema increases with such a 3.5-month-long festival. "We also extend the life of the films after their time in theaters. In the tempo of the city, people may not always have the chance to see these films, so we create an opportunity to watch the movies on the big, silver screen again," Tan says. 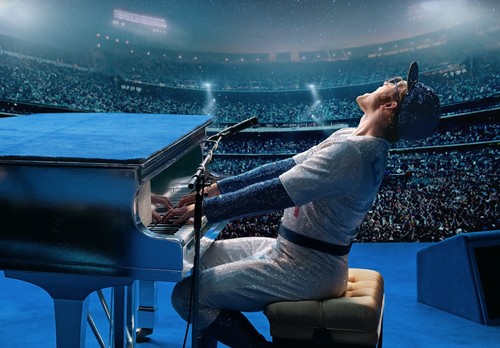 The film festival will make its last screening on Sept. 15 with "The Rocketman."

Azize Tan and Sonay Yücel are so pleased with the interest of the audience. They said that this interest is their biggest motivation. Tan reported, "This open-air film festival has become a tradition in summer months. We are trying to prepare a better festival in each passing year. I think we will also have a significant effect on reviving and spreading outdoor cinema culture in the country."

Talking about the films that will be screened at the film festival, Tan emphasized that she prepares the line-up of the festival on behalf of Başka Cinema. For her, the most important things to make a film good are the script and the director. She thinks how good the scenario is and how successful the director is in transferring feelings to the audience are directly proportional to the success of a film.

Highlighting that she tries to design a summary of the year with the most-loved films in the festival selection, the director mentioned that they blend various genres in their program. For example, popular films like "Bohemian Rhapsody," restored versions of cult films like Tarkovsky's "The Mirror" and "Visages, Villages" ("Faces Places"), to be screened in memory of Agnes Varda, come together for film lovers.

Tan added, "We have one of the most popular horror films of the year 'Us' in our selection as well as 'Mirai,' one of the best animations of this year that became an Oscar nominee. In other words, it is a program where you can find all you look for, including independent productions and various other genres." Mentioning about the outdoor film festival experience at UNIQ Istanbul, she stated that it will be a perfect experience to watch films under trees in a cool environment for movie enthusiasts. "We will start on June 12 and make our last screening on Sept. 15 with 'The Rocketman,' which premiered in Cannes this year. 'Shoplifters,' which was awarded by Palme d'Or , Nadine Labaki's Cannes Film Festival Jury Prize winner 'Capharnaum,' which is one of the most-watched productions of the year, Claire Denis' science-fiction film 'High Life,' which made a name after black hole photos, and 'The Old Man & The Gun,' the last film that Robert Redford shot, are some of the films in our lineup."

Azize Tan noted that surprise figures can attend the film screenings throughout the festival. They also plan to organize some other activities related to films accompanied by music. With this program, which is prepared with special cinema selections and activities, the heart of cinema will beat at the UNIQ Open Air. If you want to enjoy the special selection of Başka Cinema at UNIQ Istanbul and try the nostalgic outdoor cinema experience, you can find tickets at Biletix.