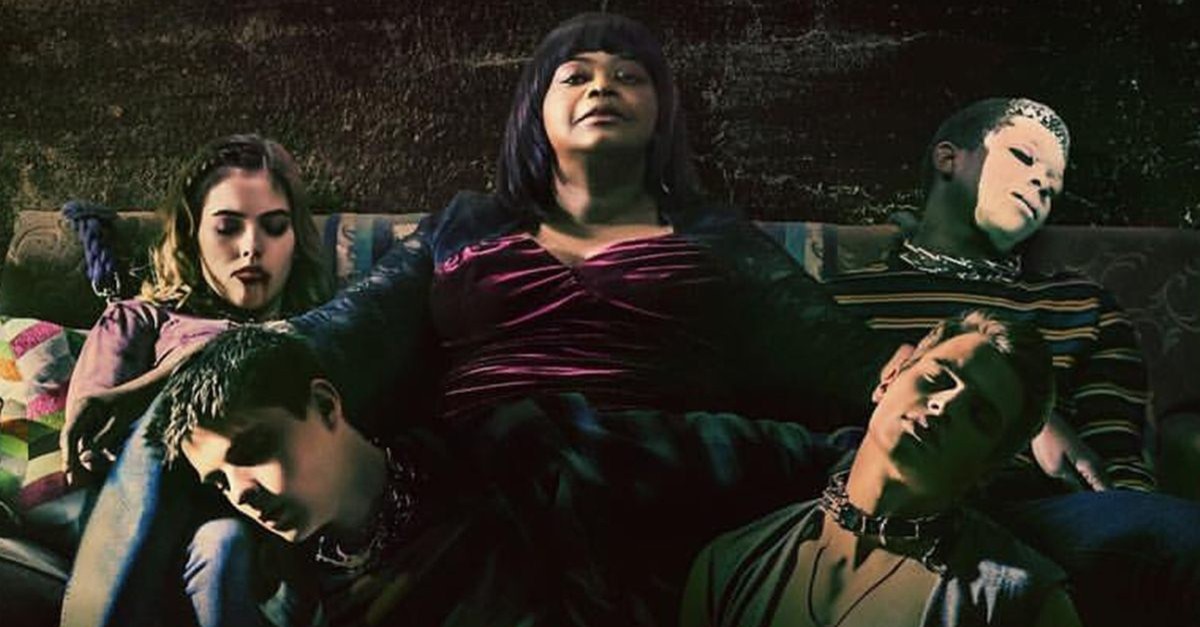 Octavia Spencer gives a great performance, although the film has several inadequacies.
by Zeynep Esra İstanbullu Jun 04, 2019 12:12 am

Psychological thrillers featuring black leading roles have become a recent trend with "Get Out," "Us" and now "Ma," directed by Tate Taylor. Octavia Spencer, having won the best supporting actress Academy Award with her amazing performance in "Help," which was also directed by Taylor, made a comeback in thriller genre, which drew me to the theater with enthusiasm. However, it turned out to be a disappointment other than Spencer's even more amazing performance as the leading actress.

The film centers around a group of teenagers in a small and quiet town. The story opens with single mother Erica (Juliette Lewis) and her daughter Maggie (Diana Silvers) arriving at Erica's hometown, in their car on tranquil roads, reminding viewers of the opening of "Us," directed by Jordan Peele. Erica starts working as a waitress at a casino while Maggie starts a new high school, where she easily becomes popular and part of a fancy entourage of five, whose only aim seems to be having a good time getting booze and hanging out in desolate spots, accompanied by naive romance. The search for getting booze brings in Sue Ann, played by Spencer, soon to be called "Ma" by the youngsters, who buys it for them. She creepily gets close to them and provides space in her basement for their parties. She develops a morbid relationship with the group, she plays on their heartstrings saying that she has pancreatic cancer and needs their company. Her ultimate aim is to get revenge for the peer bullying the teenagers' parents did to Sue Ann when they were in high school. She has a grudge against the teenagers, keeping in mind how humiliated she was due to her physical appearance and naive endeavor to be accepted.

The idea of portraying a psychotic woman, actually a mother who tortures her daughter by locking her at home and injecting her sedatives to protect her from peers that would potentially hurt her feelings, is a clever one. But the build-up of the story is inept and what I saw in the first hour of the film was background information that gives some thrill and takes it back by accelerating it. All the real thrill comes in the last 30 minutes and it is not enough. Throughout the film I found myself getting ready to see some real and witty chain of violence but it kept disappointing me as I knew the kids were going to escape safe and sound. There is no feeling of mystery. The thrill starts and finishes in less than 30 minutes and you have to watch a lame American teenager story for a long time. The balanced distribution of background information and action does not exist, leaving the audience unsatisfied. The scenes where she killed the parents, her old friends, were effective and gave me hope that the violence was going to speed up. But it was just limited to a few scenes and plot twists.

Apart from the weak build-up of the general story, the portrayal of Sue Ann is also surrounded with cliches like piling up old photographs and yearbooks, clinging to the past, as an average obsessive person would do. She does not have original or unique psycho rituals when compared to the wide canon of similar stories. The character, and also the wider story, seems to be dished up without serious effort. Despite this flimsiness, I have to say that Spencer put serious effort in her acting and shoulders the story with her control over posture, gestures and acting. Watching her has been a real pleasure for me and her big, meaningful, black eyes added strength to the scary women who threatens the kids with her eyes. When I first watched Spencer in "The Help," I was impressed by her "out-of-joint" anger camouflaged by calm behavior when she offered her employer cake with a piece of poop. She has all the potential to act as an energetic psycho, but unfortunately, this production has obviously wasted her great acting potential.

All in all, the only thing that dazzles you is Octavia Spencer; the film does not promise never-before-seen thrilling elements, nor a high-quality script.