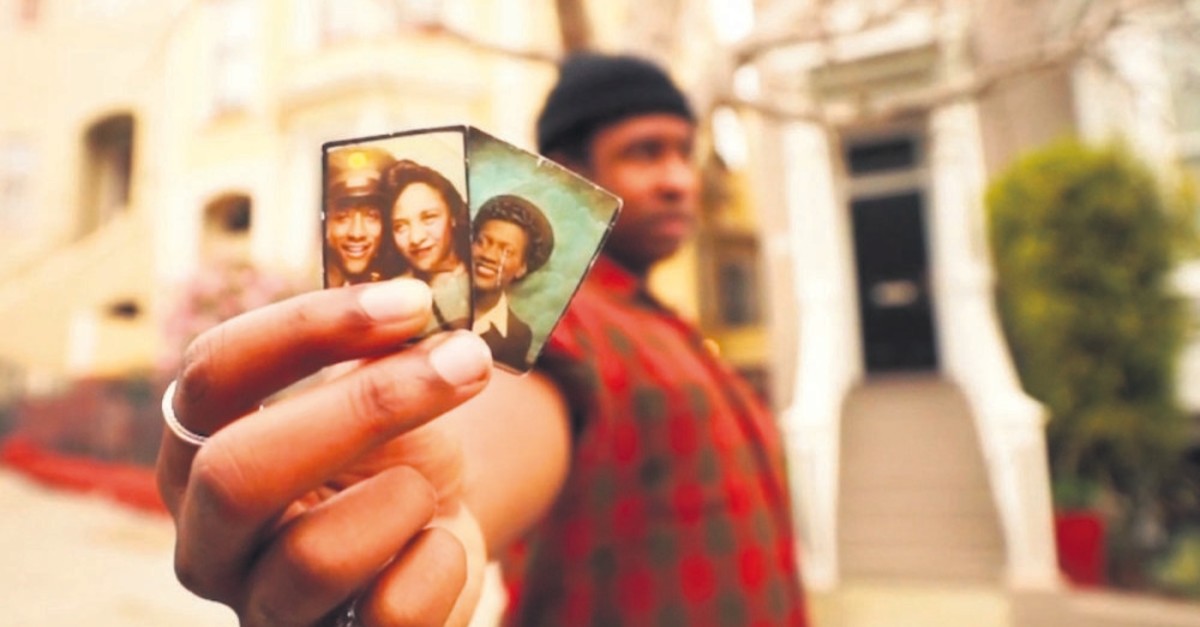 Actor Jimmie Fails draws from his own story in his portrayal of a young black man navigating a shifting racial landscape in "The Last Black Man in San Francisco." His tale is a familiar one in affluent U.S. cities.

Like his character, Fails is a third-generation San Franciscan whose family lost their home in a once-flourishing African American neighborhood called the "Harlem of the West." His relatives scattered as housing prices skyrocketed and he struggles to get by in a city that's not as black as the one he grew up in.

In "The Last Black Man in San Francisco," a 2019 Sundance favorite that opened nationally Friday, Fails is a skateboarder and home caregiver who crashes at night in his best friend Mont's room at his grandfather's house in San Francisco.

All the while, Jimmie dreams of reclaiming the grand Victorian home he says his grandfather built in the Fillmore District, before his father lost the home to drugs.

Black people once migrated to San Francisco, drawn by its reputation for tolerance. But the city shed nearly 3,000 low-income black households, a 17%, decrease, between 2000 and 2015, according to a report by the Urban Displacement Project at the University of California, Berkeley. Many were driven out by rising costs and redevelopment.

It's a decline seen in other major U.S. cities. The African American populations in New York City, Los Angeles and Chicago have shrunk since 2000, and Washington, D.C. is no longer a black-majority city.

Talbot, who is white, says it has become that much harder to make ends meet, even in the five years they've taken to make the film.

A recent estimate has the black population at a smidge over 5%, the U.S. Census Bureau's American Community Survey reports. Moreover, the Urban Displacement Project reports San Francisco lost people across all racial groups in the low to middle income groups, gaining only in the extremely poor and high-income households.

"All of our concerns about San Francisco becoming a super-exclusionary place have come true," said the project's director, Miriam Zuk.

Other Bay Area cities have shed black residents as housing costs rise. African Americans made up nearly half of Oakland, birthplace of the Black Panther Party , through the 1980s and part of the 1990s. They are only a quarter of residents today.

African Americans started moving to San Francisco in the 19th century, drawn by its reputation for tolerance, writes Albert S. Broussard in "Black San Francisco." Among those was William Alexander Leidesdorff, who came to San Francisco before it was called San Francisco, and served on its first town council.

Migration ramped up in the 1940s, when wartime work lured black people from the South. They moved into homes in the Fillmore vacated by Japanese Americans who were incarcerated by the U.S. government.

The "Harlem of the West" flourished with nightclubs, churches and shops catering to African Americans.

But waves of redevelopment sapped the neighborhood and residents left. Virginia Smyly, a board member of the San Francisco African American Historical & Cultural Society, says it's been difficult for African Americans to hold on to the few homes they were allowed to purchase in the city. Children and grandchildren inherited family homes in the 1980s and 1990s, she said, but sold the property or lost the homes, unable to keep up with taxes and mortgages.

Vanishing blacks are only part of the story, she says. "It's not just African Americans who have disappeared," she said. "It's the working class people, people who were in manufacturing and in some service jobs that don't exist any longer."

In the movie, Jimmie regularly sneaks over to the Victorian to tend to the yard and touch up painting. When the white people who live there move out, he moves in and marvels that he has a home in which to read a newspaper.

He's crushed when the house hits the market at an estimated $4 million, and pleads with a lender at one point for a predatory loan.

"We built these ships, dredged these canals in the San Francisco they never knew existed," says Mont's grandfather. "This is our home."