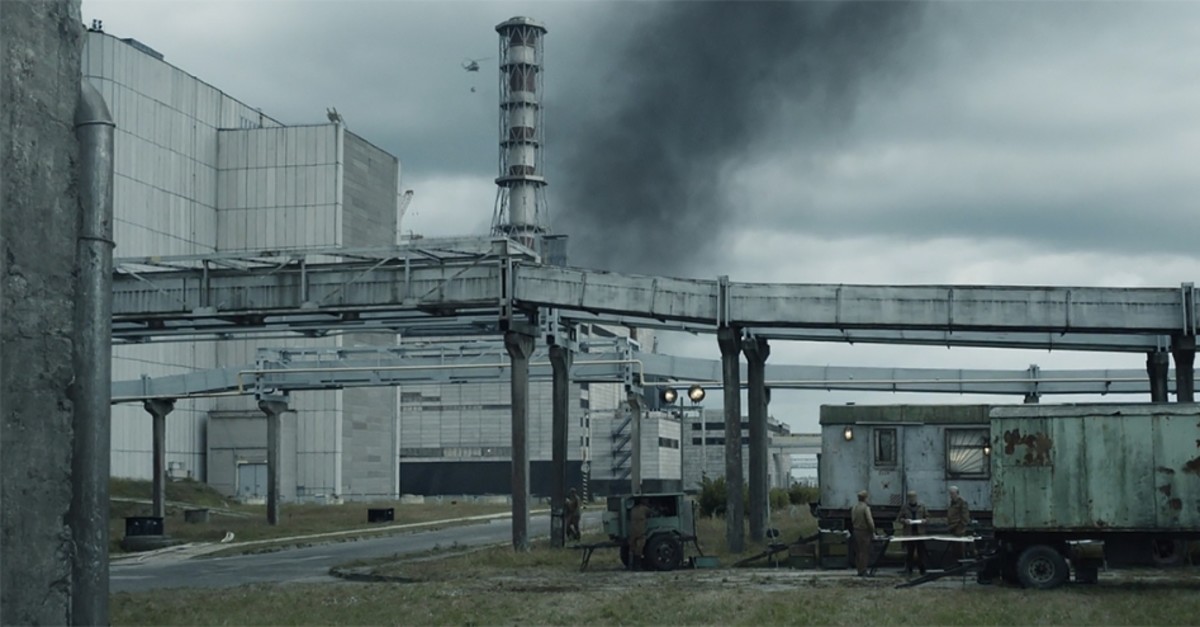 HBO's five-part drama ‘Chernobyl' tells the story of the infamous accident that took place at the Chernobyl power plant in Ukraine in 1986. Based on conversations Nobel Prize winner Svetlana Alexievich had with survivors, script-writer Craig Mazin weaves his own narrative arc to shed light on the causes of the disaster, creating hair-raising drama

It is hard to describe the range of emotions I felt watching HBO's dramatization of the 1986 nuclear disaster, "Chernobyl." The strongest was a visceral fear that I was in clear and present danger. The way the narrative and the dialogue were structured, it was clear that this disaster could have happened, indeed could still happen, anywhere. It could happen not only in the states that are selectively branded as authoritarian in the news, but also in the free, capitalist world. The need to minimize cost and maximize profit, the zeal with which multinational corporations keep their inner workings secret, the unbridled ambitions of already privileged - usually white - men were all mirrored in the way the Soviet system was shown to run.

There is for me and those of my generation an uncomfortable psychoanalytical aspect to the series as well. The series makes me feel like I have, against my will, been pinned to the couch and HBO is whispering in my ear, "Let's take you back to your childhood." When Jessie Buckley, playing Lyudmilla Ignatentko, appears with her frizzled hair in the semi-darkness and I see the flames rise from Chernobyl from her kitchen window, I am indeed 10 years old and terrified. I do not know what those colors and clouds mean, but I know they are coming my way to Istanbul. And from the very beginning, the series develops an aesthetic that is very similar to the alien invasion genre. People looking at airborne threats with awe and confusion. This aesthetic also has a lot to do with the soundtrack composed by Hildur Gudnadottir, which at times sounds like a riff on the soundtrack of another "alien invasion" film "Arrival" written by another Icelander, Johan Johansson. Often the soundtrack seems to be made up sounds like wailing whales, transforming into sirens that tell us that something has gone terribly wrong with the machinery - one sound becoming a metaphor for the other.

I did not grow up in Ukraine in the 80s, but I did grow up in an Istanbul that hadn't realized its full capitalist potential quite yet, and so the color scheme, the way the small flats and shops are organized are all familiar to me - and for those of you who may have read Orhan Pamuk's "Istanbul: Memories of a City." It is this comprehensive attention to detail, from colors to patterns to sounds, that works as the Freudian couch, and I am back in 1986, wondering if it's safe to play outside, if my relatives in the Black Sea region will be alright.

Some critics have said that this attention to detail diverts from the historical content of the film; something that apparently the producers have taken liberties with. It is interesting that several books came out about Chernobyl recently; though their covers gave me shivers wherever I saw them, I was not tempted to buy them. Call me selfish, but I have not been interested in the material causes of the event. I do not even trust myself to understand them, even though I did complete a chemistry degree back in the 90s. Watching the series, I realized what I needed concerning Chernobyl most was emotional closure. Yes, that maligned concept associated with privilege. Privilege, I guess, in this sense, of not having lived in a town that had a nuclear disaster. And as you watch the series you keep thinking: give it another couple of centuries, the people of how many cities will still have that privilege? I bore witness to something terrible as a 10-year-old. Other people too, and in much closer quarters. And this series says, yes, we know it happened, and this is how you felt, isn't it? And the funny thing is, I didn't even realize how much I needed this story to be told before I started to watch the series.

"Chernobyl" tells it with not only the best set and soundtrack, but the best talent that the film industry has to offer. I have long been a fan of Jared Harris, who plays Valery Legasov, the engineer that headed the damage control operation. His stiff upper lip - actually absence of lip altogether - throughout the series makes him some kind of calm center in a story where the center can literally no longer hold. Legasov's portrayal as being surprised at every turn at how the Soviet system functions has been rightly criticized, but I watched those scenes as a rhetorical device to let the audience know how the Soviet system worked. Like the heroics of Khomyuk, who didn't even exist, but who gives me the sense that there were some responsible people who tried to warn about future risks. Yes, at the expense of truth, I realized, I first want to be consoled. I could learn about the truth later.

After the initial shock of the first episode, I urged many friends of my age group to watch it and one got back to me very soon and said, "I feel the radiation in my bones." This, of course, is the tragic irony: except for those who were at the plant and the firemen who looked into the flames, no one who was affected by the radiation felt anything. The sinister destruction worked its way into people's bodies without weighty words being spoken or atmospheric Icelandic music in the background. Something enormous happened in thin air, and the series manages to crystallize that into a work of art. Whether this is the moral thing to do is of course another discussion altogether.

The cinematic moment that demonstrated the enormity of what happened, for me, was when one of the terrified engineers of the plant is sent to verify that the core of the reactor is still there. He makes his way through the destroyed compound, stands over the edge and looks into the abyss. It is a black hole that is howling with smoke and debris in some language that my innards understand. I don't think I've seen an image quite so horrifying on TV. It is a terrifying, accusing howl from a void saying: "This is the work of man." It also makes me think of all kinds of scripture I've read about the apocalypse, of how there'll be fire and brimstone and mountains will revolve, and how these are represented mostly as the wrath of God. But that howling void suggests that humans are too impatient for the end of the world to come by divine hand. And when in the fifth episode I learn that the protective covering that was completed only in 2017 will last a mere 100 years, I am full of anger and dread for the legacy we are leaving, and hope that future generations will have a good record-keeping system; that this site is radioactive. But I come from a country where we seem to discover sites every other day, harbors, temples, burials we never know existed, and I think, fearfully, might unsuspecting future generations dig Chernobyl in a similar manner?

A day after I watch the first episode, I ask my 10-year-old niece whether she had heard of Chernobyl. Somewhat to my surprise she says yes, that they covered it in environment class and even watched a documentary about it. Her teacher, who must be my age, even shared with them the fears she had as a child eating nuts and drinking tea, both Black Sea products. I'm glad and relieved that someone is having this conversation with them. I think of the school children's activism for the environment around the world that is making the news these days. Maybe they'll do a better job; although what we are leaving them is already poisoned. Inshallah, the kids will be alright.