'My Favorite Fabric,' an out-of-the-box Syrian story to tell 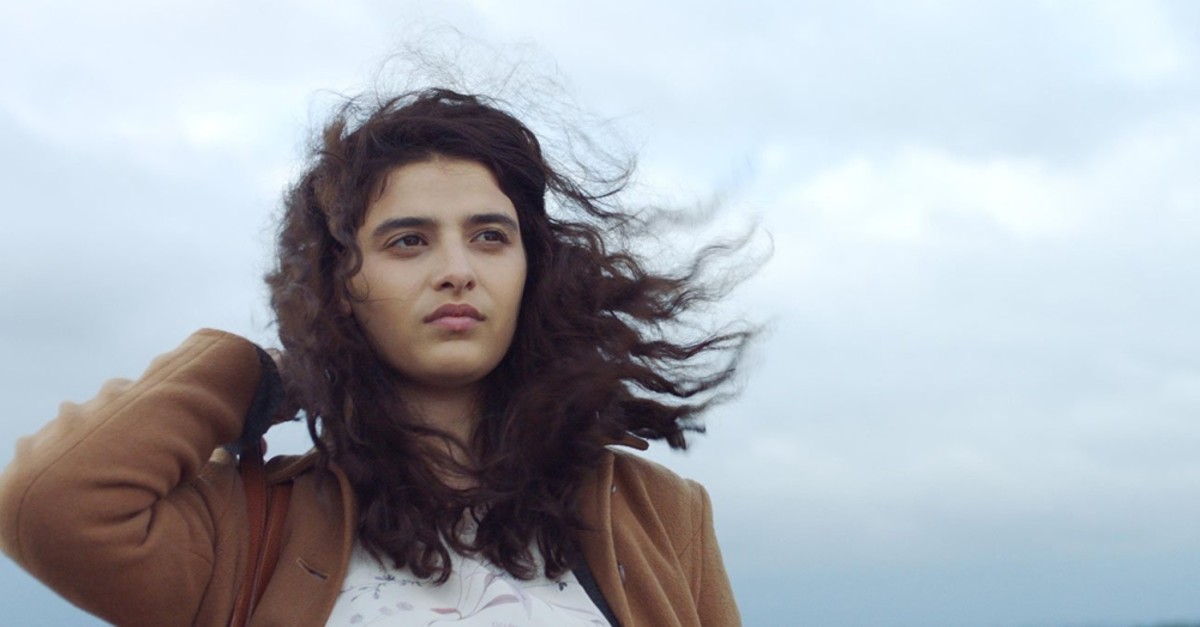 My interest in Middle Eastern cinema and the women directors of the region started with Lebanese Nadine Labaki's "Caramel" about 10 years ago. It triggered me to look deeper into the regional cinema. I have tended to sympathize with female directors and actresses. When I saw "My Favorite Fabric," ("Mon Tissu Prefere") by Gaya Jiji on the Başka Cinema lineup, I was in a frenzy to see it.

Yes, the film is a co-production of France, Germany and Turkey, and it is inevitable when Syria's and other regional countries' current situation is considered. I find it extremely important that Middle Eastern stories are told through cinema as what we know about the folks in these countries is mostly limited to news. Cinema gives you the space to look through the eyes of people, women especially, apart from heart-wrenching news and TV footage. There is real-life going on in the region, and what they go through in their ordinary lives deserves good cinema narratives maybe more than anyone else. So, I personally appreciate the perspective and special touch of Syrian-origin French director Gaya Jiji with regard to a young woman's emotional realm.

Although what we see about Syria mostly consists of war, terror, destruction and blood, there is an always-ignored side: the indispensable emotional states of the residents. The universe of cinema has fallen short of telling the stories of Syrian folks as usual people who go through puberty, struggle to discover sexuality and fight to lead a "healthy" life, among the political turmoil and surrounded by suppressive traditions. Jiji chose to portray all these youth blues through the eyes of a young woman named Nahla, acted by Manal Issa, in Damascus, just on the eve of the civil war after the Arab Spring. I was especially moved by the city panorama as it reminded me of the way I saw it in 2010 when I made a trip to Syria. It was my first journey outside Turkey, and I want to keep Damascus in my mind as a historical city whose tissue mesmerized me.

As armed men start to appear on the streets, on the roofs and everywhere, Nahla is surrounded by inner problems, while at the same time trying to earn money for her mother and two sisters at a small clothes shop. She seems stern, stubborn and unhappy, reflecting the painful inner fight in her search for what she desires.

Nahla's story is based on three conflicts: the political conflict in the country, the one with her family and the one within. Jiji has managed to reflect these three conflicts in the right amounts and the story dissolves in a rightful manner.

One of her sisters is the tamed and domestic Myriam, while the younger is "the tomboy" Line. Their mother aims to save the family from the country by marrying off Nahla to a Syrian guy named Samir who resides in the U.S. Samir first comes to see Nahla to get married, but later chooses Myriam, a coherent preference in the tradition of arranged marriage, as Nahla is way too arrogant and wayward. Although shaken and broken by this event, Nahla soon discovers what she looks forward to is not a traditional marriage after she meets the newcomer neighbor

— a lady who runs a brothel upstairs. Her emotions are revealed as she visits her, and she tries to build an alternative world there. She feels she can animate her fantasy world with her dream man, acted by charismatic Turkish actor Metin Akdülger, in the room allocated to her in the brothel.

Jiji touches the matter of arranged marriage without orientalist prejudices, as she knows the tradition from inside. As opposed to the general misunderstanding, arranged marriage is not a tradition pertaining to observant Muslims. Rather it is a cultural element, seen among Christians and other religious groups, too. We have no certainty as to Nahla's religion: they do not wear hijab, and Myriam's wedding scene seems Christian.

Still, there is no specific reference to religion, and Jiji's neutral approach is not judgmental unlike most outsiders.

Manal Issa proves her acting skills with her sincere and realistic gestures and the touching look in her eyes even during close-ups. She is portrayed as curious and brave, and she has an extraordinarily free soul. She does not bow to anyone, even when suppressed by financial problems and the war on the corner. Her existence is a complete manifest against set boundaries.

Issa has a strong stance well deserved by her talent. The Lebanese actress will also remain in my memory for her strong political stance as she held a sign that read "Stop the Attack on Gaza" in Cannes in 2018 at the premiere of "Solo: A Star Wars Story." Being a cinema professional gives you more space to speak out, and this is one of the reasons why I attach great importance to Middle Eastern cinema.

Gaya Jiji offers us a brave, groundbreaking account of a young woman's sexuality, while adding some real-life footage of conflicts, TV news and hints of rising panic inside the family, but not letting them shadow the story of Nahla. I think Jiji presents a well-weighed dose of conflicts versus character portrayals. Shown in the category of Une Certain Regard in 2018 Cannes and seen by Turkish audiences recently, the film deserves attention.