Every dimension of fanaticism scrutinized in special film selection 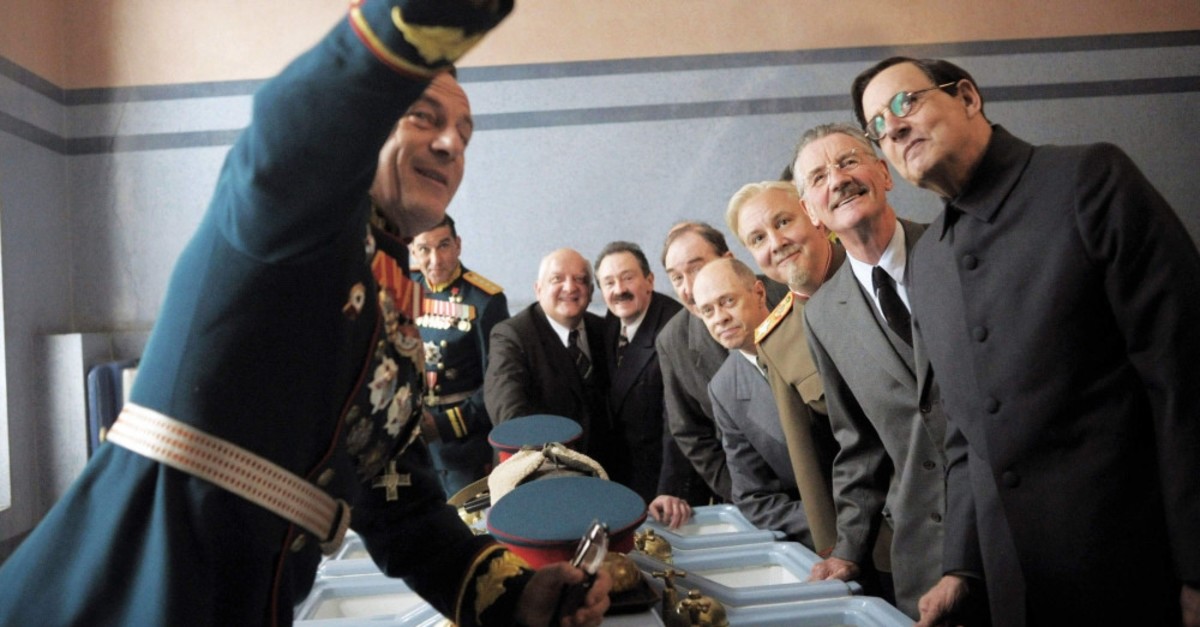 Known for his political satire, Armando Iannucci has adapted u2018The Death of Stalin, from the graphic novel with the same name and the movie is a comedy full of absurdities.
by Daily Sabah Jun 19, 2019 12:22 am

An extraordinary, eye-opening film selection focusing on fanaticism portrayed in areas like film and TV and by personalities like musicians and politicians is open for film lovers at Istanbul Modern Cinema

Istanbul Modern Cinema has prepared a film program with the theme "fanaticism." The "Fanatic" program will present movies from different periods and genres starting tomorrow and continuing until June 30.

The program focuses on different stories ranging from comedy to tragedy in today's world in which media affects behavioral patterns, blurring the boundaries of fandom. The selection explores the lines between identity and being a "fan" and shows how layered and complex the concept of fanaticism is.

Among the films, the selection is offering "Looking for Eric" by Ken Loach, telling the story of the simple relationship between an ordinary man and the footballer he adores, and "Room 237," the documentary named after the hotel room in Stanley Kubrick's "The Shining." Here are the films included in the program.

James was raised by his foster parents in isolation in an underground bunker. Spending each day of his 25-year life watching the TV show "Adventures of Brigsby Bear," he is passionately devoted to him. However, one day, he is removed from the bunker and has to face the truth about his life. The most important thing that will help him adapt to his new life is the only version of his favorite show. This inspiring movie directed by Dave McCary, which received great acclaim at the Sundance Film Festival, is a celebration of creativity through the lives in limited cultures.

Ingrid, who had an emotional breakdown and is trying to cope with her obsessions, has no friends. All she can do is make friends through social media. Her new obsession is Instagram phenomenon Taylor, who gives the impression that he is living a perfect life. When she decides to leave everything behind to become his real friend, all her attitudes change, and she undergoes a transformation that makes her question her whole life. Directed by Matt Spicer, this black comedy criticizing the impact of social media on shaping human relationships and habits won the Waldo Salt Screenplay Award at the Sundance Film Festival. 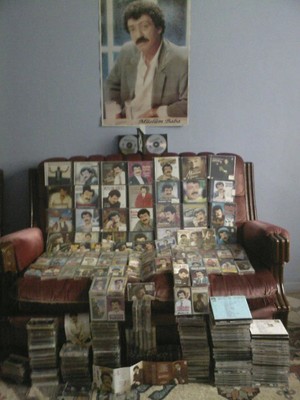 The father of arabesque music who lost his life in 2013, singer Müslüm Gürses has exceeded his fan base beyond arabesque listeners with songs he covered from different genres. Having a very loyal fan base for years, this documentary by Vuslat Saraçoğlu focuses on his fan base known as "Müslümcü" and explores the fanaticism we all experienced and how one identifies himself or herself with an artist and brings the viewer closer to the children of Müslüm Baba (Father Müslüm), who is less familiar with his new fan base.

Directed by Roger Nygard, "Trekkies" is about the TV series "Star Trek" and its fans. Many people including Barbara Adams, known as "commander" and who never takes off her Starfleet uniform even when going to work, and other fans from all ages and professions are in this movie. For example, a dentist from Orlando has decorated his practice with a Star Trek theme and his whole staff wears Star Trek uniforms. Another fan, Richard Kronfeld, believes that all the predictions in Star Trek will slowly come true with developments in computer technology. In addition, Kronfeld created Star Trek technology from scratch in his home and drives a small car that resembles the life support unit of the show's Dr. Pike.

Eric, a talented dancer, is stressed, angry and unhappy as he reaches middle age. He has two adult stepsons, a daughter whose mother left him years ago and grandchildren. This man cannot get rid of his negative feelings despite all the efforts of his friends. One day, the famous football star Eric Cantona, his idol, shows up to give him motivation and advice about his life. The star footballer, appearing in Eric's imagination, goes on to support him to change his life and become a happier man as his confidant and life coach. "Looking for Eric" is directed by Ken Loach.

'THE DEATH OF STALIN'

This story is set in Moscow in 1953. Following the death of Stalin, there is a huge power gap in the upper ranks of the government in the Soviet Union. The members of the Council of Ministers try to maintain order despite the gap and start digging each other's graves with controversial moves to take over leadership. Known for his political satire, Armando Iannucci has adapted the movie from the graphic novel with the same name, and the movie is a comedy full of absurdities.

Directed by Rodney Ascher, the movie is a detailed examination created by fans who have taken Stanley Kubrick's legendary movie "The Shining" too seriously. The documentary includes the analysis and interpretation of academics along with fans and claims that Kubrick not only created a very successful thriller but also conveyed messages and references to historical events, from the Jewish genocide in World War II to the landing of Apollo 11 on the moon. The movie proves that cinema, just like magic, makes the audience experience something different.

The Australian director, known for reflecting extraordinary human situations and subjects on screen, Ulrich Seidl's movie is about Europa-park, the largest amusement park in Germany, and Dorothea, who frequently visits the park. This woman explains that she has been to 795 amusement parks around the world and has visited Europa-Park 89 times and that she feels at home whenever she is in an amusement park. In fact, Dorothea feels like she is leaving her family behind every time she leaves an amusement park.

'I USED TO BE NORMAL'

This documentary is the first feature by Jessica Leski, who is also a fan of One Direction, about fanaticism for "boybands." This warm documentary tells the therapeutic effects bands like the Beatles, Take That, Backstreet Boys and One Direction have had on the lives of four women between the ages of 16 and 64. These fans, who scream at concerts, establish fan clubs for the bands they adore, collect newspaper clippings, posters and photos and keep them for years with utmost care, share the endless love they have for these bands, oblivious about what anyone else thinks.

The last movie of master director Stanley Kubrick, "Eyes Wide ShUt" is about a day in the life of long-term married couple Bill and Alice that ranges between a dream, a fantasy and a nightmare. Kubrick's signature lighting, unique plans and topics he likes to explore can be found in his latest film. In the movie, where even the familiar streets of New York look creepy with the mood created by the master director, Alice confesses her fantasies about a man she met a year ago and then, Bill decides to go on an adventure himself. He runs into deviating relations, corruption, betrayal and desire at an exclusive "party," where you enter with a code and everyone has to wear a costume.

While the leading character of the movie, Simone, looks like an ordinary teenager, she is actually a total fanatic. Her passionate admiration for a pop singer named "R" stops her from eating, going to school and continuing her daily life, slowly developing into a sort of worship. After waiting at the door of the post office to get the reply to her letter to her idol "R," she finally meets the famous pop star while waiting for an autograph, and she cannot bear the excitement and passes out. Things go unexpectedly when "R" confesses that he doesn't actually like Simone. Directed by Eckhart Schmidt, "Fanatic" scrutinizes the question: "What happens to the violent energy of love when it turns out to be unrequited?"