'Anna' offers a faulty account of a femme-fatale intelligence agent 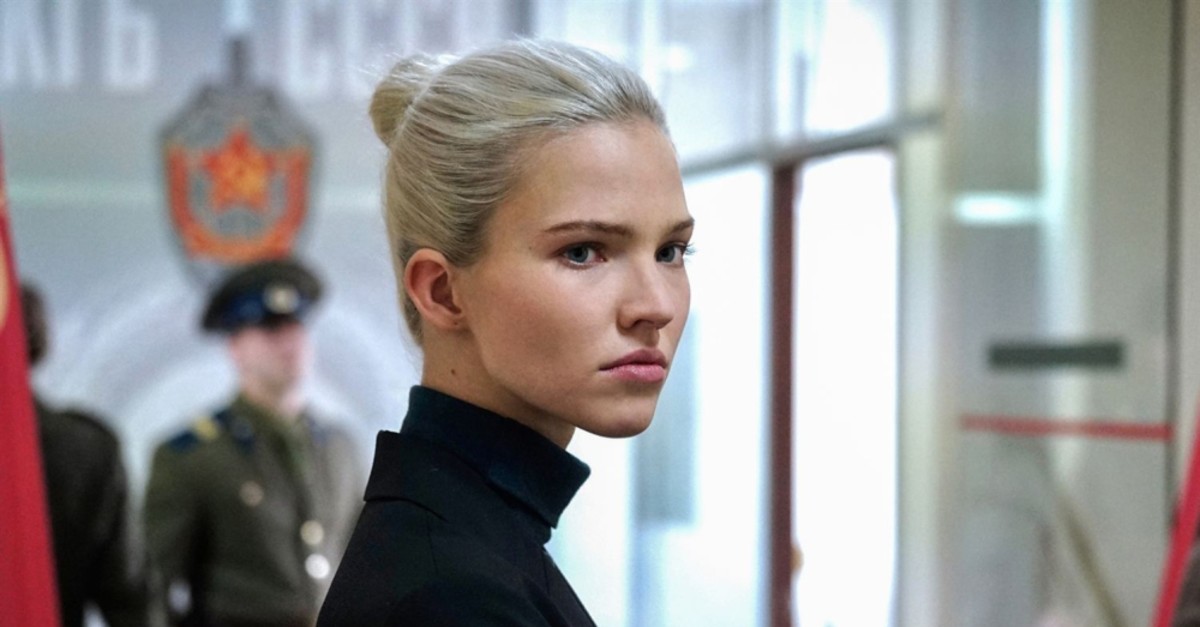 The director of the legendary "Leon, the Professional," who is also the creator of films focusing on extraordinarily strong and witty female characters like "Nikita," "Jeanne D'arc" and "Lucy," is back with "Anna" in Turkish theaters. This was not I expected from a Luc Besson film. "Anna" turned out to be a cheesy agent story filled with KGB versus CIA cliches and a femme fatale agent who owes her success to being beautiful and sexy.

The film opens in Moscow in 1985, during the Soviet regime. I have to admit that the acclaimed director has made good use of settings for the Russian scenes. Streets, restaurants, the bazaar and even dusty apartments all lend an authentic feel. The cars are primarily Moskvitch, authentic Russian cars, the KGB building seems to bear the characteristics of the era and the weather is portrayed so cold that you can feel it.

The story starts with the transformation of a female KGB agent from a desperate junkie, who had a military family and was raised in a disciplined environment and gave up after her parents died in an accident. Despite sharp intelligence and inherent talent, Anna, played by Sasha Luss, leads a hopeless life until one KGB executive, Alex, played by Luke Evans, reaches out and recruits her. As you might guess, she has no other prospects. Due to her beauty, she is sent to Paris as a model, where she continues her missions with her amazing skills in shooting, fighting and analytical thinking. With these overexaggerated features, she is portrayed almost like a superhuman hero. Leading this undercover mission alongside her new modelling career, all she wants is to get back her freedom from the "relentless" Russian intelligence service. During her Paris missions, she crosses paths with CIA agent Leonard, acted by Cilian Murphy, who is fighting the KGB. From then on, her personal struggle with the two organizations starts, and she ends up getting her freedom back thanks to her wit.

However, her wisdom is not her only tool. Her attractive body and flirting capabilities also play major roles in her success. She uses men, the CIA and the KGB agents, seducing both with her femme fatale stance, implying that without it, she would not succeed. I am not sure if Besson's initial purpose was to empower the leading female character or not, but one thing is certain: this approach does not empower women, but rather works to belittle the character's actual talent.

The parts about the KGB and CIA are dripping with cliches and stereotyped hints that I bet everybody has seen in many other low-quality productions on TV at 2 a.m. Luc Besson apparently plays for the CIA's side, presenting its rival as merciless and inhuman while portraying the CIA as doling out justice. The CIA guy promises to provide the freedom that KGB deprives Anna in return for one mission: killing KGB chief Vassiliev. The assassination is facilitated by a high-ranking female agent, Olga, played by veteran actress Helen Mirren. The KGB is riddled with corruption, and the CIA hopes to clean it up by eliminating infamous chief. This portrayal is biased, stereotypical and obviously funded by Hollywood with an agenda. Of course, I am not taking sides with either organization, but we have seen this plot a million times before, and it is disappointing to see this cheap timeline played out once more, now in a Besson film.

Another stereotype I always find annoying is the accent forced upon non-English roles. It is natural for Russian characters to speak English with an accent when conversing with their English counterparts, but they continue to employ the accent when speaking among themselves too. For example, when they answer the phone with "Da," meaning yes in Russian, and continue with their broken English. It might be tricky to get the attention of American audiences; however, I would prefer that actors and actresses speak in their own accents. This would be more convincing since it is an American film at the end of the day.

An obvious mistake that could be caught by an attentive viewer was surprising for such an acclaimed director: a Nokia 3315 cellphone in the early 1990s. I was using it when I was in high school, around 2003. I am surprised someone suggested using it for a film set in a time when the most popular communication gadgets were beepers or primitive, heavy cellphones.

Having mentioned all these flaws, there are two strong parts to the film: the cast and cinematography. Evans, Murphy and finally Mirren are wonderful personalities in cinema. They add a lot and actually shoulder the story with their superior acting. Without them the film would have been a flop. The experience and talented Besson's direction, especially in the action scenes, maintains excitement and grabs viewers' attention. He presents long actions scenes that flow smoothly and are really thrilling.