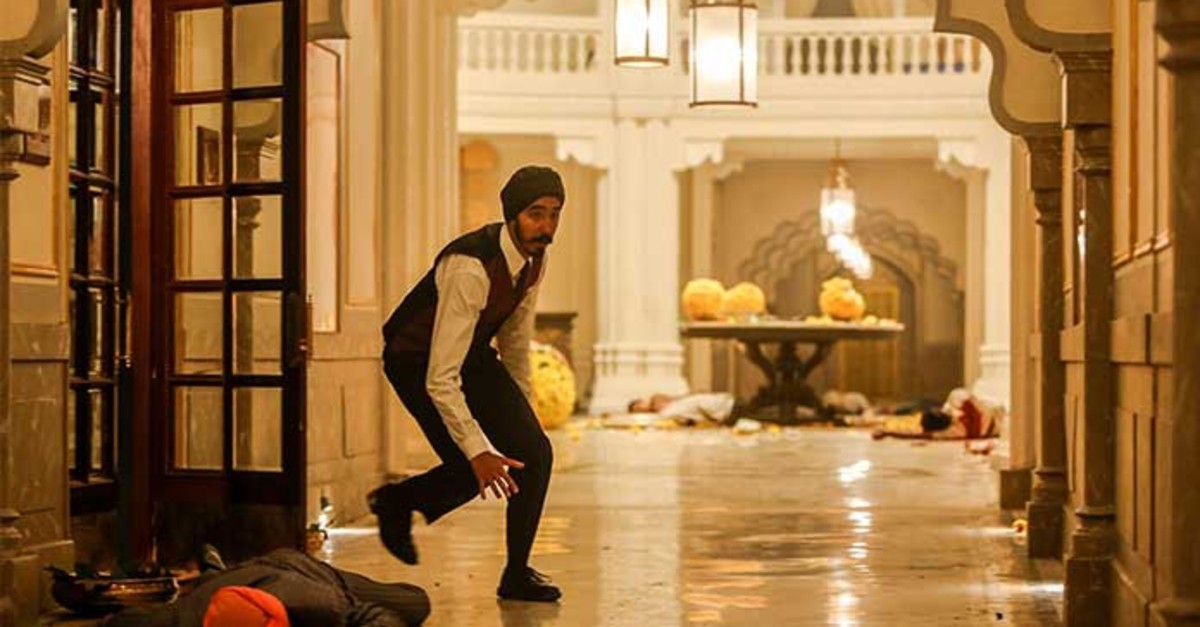 Dev Patel in the role of an employee in the Taj Mahal Palace Hotel where the terrorist attack happened.
by Zeynep Esra İstanbullu Jun 29, 2019 12:08 am

One of the films that hit the silver screen this week in Turkey was "Hotel Mumbai." The film is a Hollywood production directed by first-time Australian director Anthony Maras, and the production date is 2018. It focuses on a series of simultaneous terrorist attacks in Mumbai, organized by the Pakistani extremist organization Laskhar-e Taiba. The release date in the U.S was March 29 this year, two weeks after the heinous Christchurch mosque attack, which cost 50 lives. The timing is noteworthy, and although the film is not so biased and Islamophobic as I would expect from a Hollywood production, you are exposed to repeated Islamic verses during the killing, which are unduly abundant and in your face. There are significant escapes from cheesy stereotypes although it has its own shortcomings.

First, the story leans on the documentary on the terror in Mumbai, "Surviving Mumbai." You can feel it is not purely fiction, rather a docudrama with real-life footage edited in occasionally. The docu-like touch gives the director the space for a more moderate portrayal of both victims and the terrorists. To be clear, you don't of course feel sympathy for the terrorists, rather Maras gives a bigger picture of how terrorist organizations manipulate members and abuse the desperate conditions they live in. The organization is embodied in the character Brother Bull, who we do not see but hear throughout the film as the attackers are always in contact with him on the phone. He directs the simultaneous attacks through earphones, promising them paradise if they fall as "martyrs," as well as monetary contributions to their families who are obviously very poor. They are also persuaded by historical accounts that they are the real owner of the city and that the current residents all deserve to die. This perspective is quite consistent with the real agenda of international terrorist organizations as they exploit and recruit people using many pretexts. They manipulate people for their own economic or political agendas. The closest example is Daesh, which is undoubtedly run and funded by outsider powers to create worldwide terror and a crooked agenda.

The terrorists kick off the series of attacks at a train station, followed by a restaurant and finally the glamorous Taj Mahal Palace Hotel. They are obviously from very primitive surroundings as they are shocked when seeing toilets flushing and rush to patisseries in the hotel after they cold-bloodedly kill dozens of guests. Throughout the film, they show no mercy or humanity to anyone, as they are completely brainwashed and driven by hatred. From the start till the end, you are exposed to the killing of dozens, which, I believe, the director chose to give a more realistic understanding of what happened. This is partly affected by the docu-like realism. The abundance of killings makes it hard to watch, and in a fictive production, the director could have focused more on the lives of the victims.

Although the film has an impressive cast, consisting of Dev Patel from "Slumdog Millionaire" and "Lion," Nazanin Boniadi, Armie Hammer and Jason Isaacs, they do not seem to have enough space to display their acting skills as their background stories are overshadowed by the unending bloodshed. The multinational and multilingual character of the cast is a perfect choice; however the parts for each were not fruitful in terms of appearance and the depth of the roles.

Another striking point made obvious in the film is the class gap between the guests of the hotel and the personnel. The personnel undertake the responsibility of protecting the high-class guests though they do not have to in such chaos. They risk their lives to this end and maintain the understanding that the "Guest is God." They ignore their own existence and prioritize the "elite," probably caused by the long history of strict discrimination between the classes. When it comes to the relation between the terrorists and the hotel guests, the class gap turns into class rage as the attackers try to "get revenge" for what they are deprived of, in an inhumane and monstrous way.

Having mentioned all these pros and cons, I need to say that the film is technically well done, but not without its ethical problems, considering how efficiently the director uses corners and columns to shoot armed conflicts and how people desperately try to hide. The continuity and flow of the story locks you in, but in the end, you find yourself shaken and tense after all the blood-filled scenes.