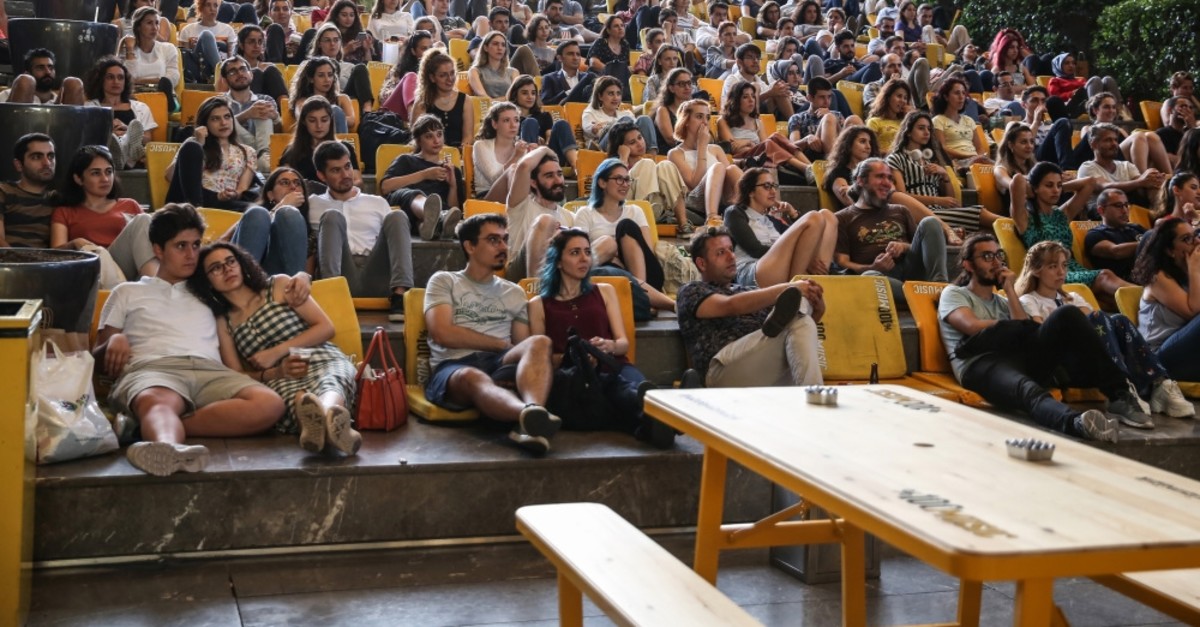 With the temperature rising every day, evenings are the most pleasant time to be outside during the sunny season. For those spending the summer in the city, outdoor evening screenings at Zorlu Performing Arts Center and Kundura Cinema are perfect

During the summer, the Zorlu Performing Arts Center (PSM) will provide people the experience of outdoor cinema nostalgia with beautiful movies four times a week at Amfi. The film screening program, which will continue until Sept. 24, includes French films every Monday, Yeşilçam films and then 45' Parties featuring Turkish records every Tuesday, romantic films every Wednesday and superhero films every Sunday.

The pleasure of watching great movies outdoors on a giant screen on Mondays, Tuesdays, Wednesdays and Sundays starts at 8 p.m. and is free of charge. Here are the films on show in this summer's rich screening program:

Directed by Harold Ramis, "Groundhog Day" will be screened at Amfi tonight. Phil Connors is a weather forecast presenter in a TV channel and has big expectations from life and is unable to bear the stress. He ends up spending a few hours at a traditional Groundhog Day feast in a town covered by snow as part of his job. Somehow, he gets stuck in a time warp that forces him to relive the same day until he gets it exactly right.

Directed by Hulki Şaner, "Turist Ömer" ("Ömer the Tourist") will be screened at Amfi on July 16. A carefree and funny man named Ömer sustains his life with minor jobs. He is a poor man who cannot assure stability in his jobs. One day, he goes to a bank to get fake money for an ad and comes across burglars that have planned a heist. He takes the bag full of the money that they stole by mistake.

Directed by Richard Linklater, "Before Sunrise" will great the audience at Amfi on July 17 and 24. An American writer named Jesse and a French woman, Celine, come across each other on a train during an ordinary Europe journey. When they pass through Vienna, they decide to get off the train and spend time together in the city. The pair spend an incredible day together but refrain from sharing their feelings with each other. What do they know is that this night will be their first and last night together.

Directed by Jon Favreau, "Iron Man" will welcome the audience outdoors on July 21. Tony Stark is a playboy engineer who produces technological masterpieces which happen to be missiles and weapons. When he introduces a new missile in Afghanistan, he is wounded and taken prisoner. Those who abduct him want him to produce a missile. However, Tony produces an armored suit instead of a missile. His aim is to plan a different escape using his intelligence. The playboy's life then begins to take a totally different route.

Directed by Jean-François Laguionie, "Louise en Hiver" ("Louise by the Shore") will be at the outdoor cinema on July 22. The old woman, Louise, is stranded on her own when she misses the last train to the city. However, she remains calm and fearlessly decides to stay no matter what is waiting for her. Faced with bad weather and tides in addition to loneliness and memories, will the new Robinson Louise be able to withstand these harsh conditions?

Directed by Ergin Orbey, "Bizim Aile"("Our Family") will hit the silver screen at Amfi on July 23. Master Yaşar is a man who is widowed with his three children. After his wife's death, he does not get remarry and takes care of his children as both a mother and father. His neighbor Melek is also widowed with three children as well and bears all the difficulties of raising her children. The other people in the neighborhood think that these two lonely people are perfect for each other and encourage them to marry. However, the six siblings that have a hard time adjusting.

'Guardians of the Galaxy'

Directed by James Gunn, "Guardians of the Galaxy" will be at Amfi on July 28. Peter Quill, who calls himself Star-Lord, gets into trouble with a strong, ambitious and bad guy named Ronan after stealing a mysterious orb. While he tries to escape from Ranan, he finds himself in an incompatible group. Can this quintet called the Guardians of the Galaxy cope with the power of the orb, which is dangerous for the universe, and the enemies chasing them?

Directed by Jean Renoir, "La Grande İllusion" will meet the audience at Amfi on July 29. Two French air officers that examine the German field during World War I, De Boeldieu and Lt. Marechal are taken prisoners by Germans. A class-based friendship develops between Cdr. De Boeldieu, who is an aristocrat, and Rauffenstein, the other camp's commander. De Boeldieu and Marechal, coming from the working class, decide to join the escape plan of other prisoners. However, their approach to the situation is very different.

Directed by Metin Erksan, "Feride" will salute audiences on July 30. Kemal goes to his hometown when he gets an urgent call from his father. His father makes him marry Feride, thinking that he will get his life in order in this way. Kemal, who looks down on Feride, continues his life with his girlfriend and friends. The sisters of Feride, who come to visit her, see the situation and make a plan. Kemal falls in love with Feride, who turns into a beautiful city girl. However, Kemal's girlfriend Firuzan has other plans. 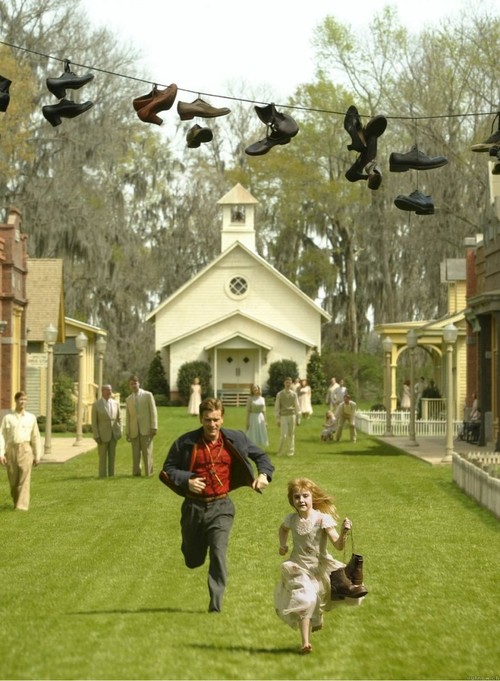 Directed by Tim Burton, "Big Fish" will be screened at Amfi on July 31. William returns to home as his father is on his deathbed. He starts to collect stories about his father's youth to get to know him better. What his father has lived when he was a traveling salesman will complete the pieces of a puzzle and reveal the life of this man with all of the triumphs and weaknesses.