'The Network' exposes the dark world of the FETÖ terrorist group 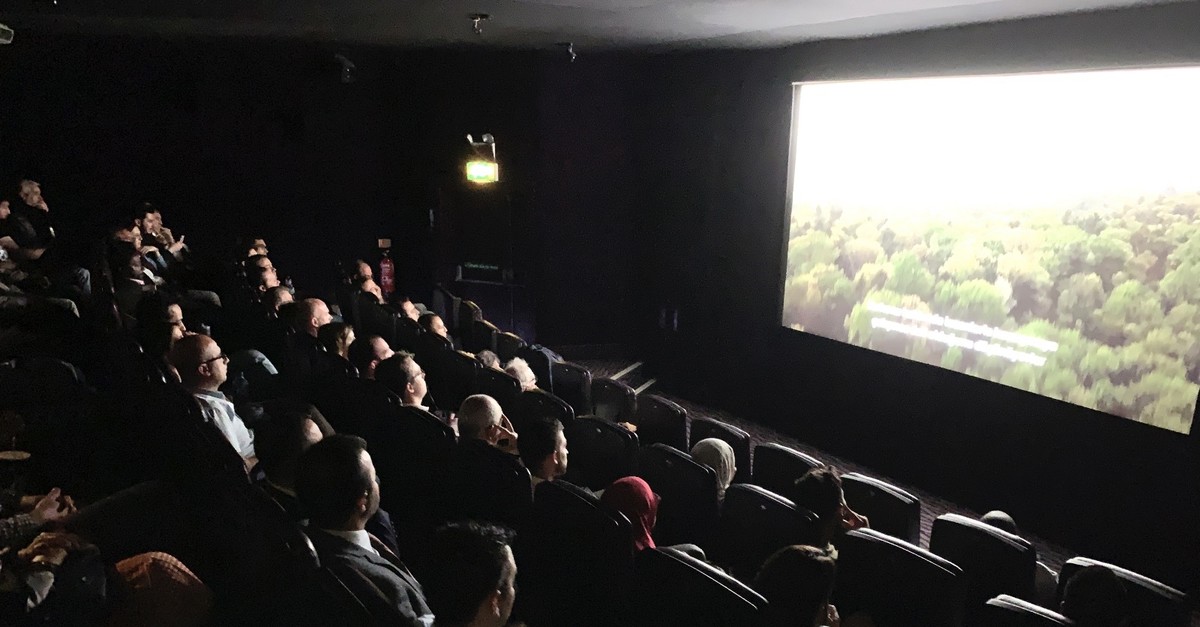 Produced by the Turkish American National Steering Committee, TRT World and the July 15 Foundation, the documentary film ‘The Network' presents the reality behind the FETÖ terrorist group around the world and their failed coup attempt

A documentary film exploring the dark underworld of the Gülenist Terror Group (FETÖ) and its role in the July 15, 2016 failed coup attempt in Turkey was created by the Turkish American National Steering Committee (TASC) in conjunction with Turkish international news channel TRT World and the July 15 Foundation.

Having premiered on July 8 in London, "The Network" analyzes the secret structures of the terrorist group, its leader Fetullah Gülen and why Turkey is demanding that he be extradited and held accountable for his role in the coup attempt.

Watching the documentary was special guest Ümit Yalçın, the Turkish ambassador to the U.K. He gave a short speech prior to the screening explaining why people should know who FETÖ are and why they are a threat to Turkish democracy and democracy as a whole. 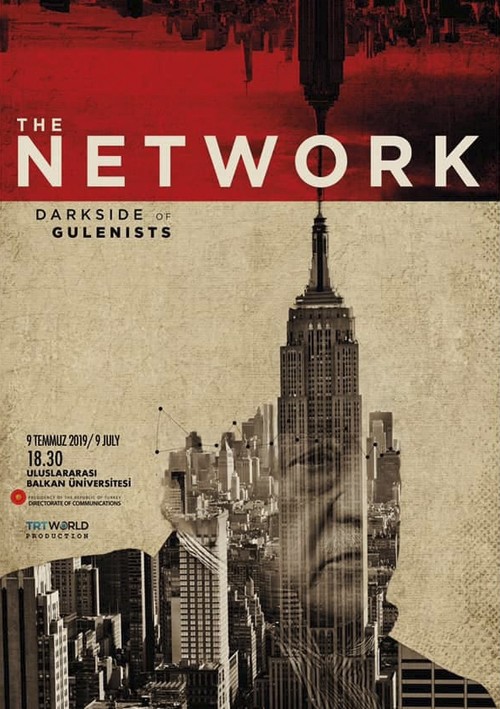 "The Network" analyzes the secret structures of the Gülenist Terror Group.

"Fetullah Gülen's terrorist organization carried out the coup attempt against Turkish democracy. They tried to abolish our democracy, our Parliament. Fortunately, the Turkish leadership and Turkish people bravely and courageously stood against this terrorist attack and averted it," Yalçın said.

"The terrorist attack and coup attempt revealed the great threat of that terrorist organization against the Turkish state and Turkish democracy, and although the struggle against this terrorist group at home is continuing, they are still active abroad and in different countries and unfortunately, many of them are our partners and allies who show them tolerance and protection," he added.

The documentary explains how in the beginning, Gülen settled in the small town of Saylorsburg, Pennsylvania and established his terrorist organization by buying a large plot of land in the U.S. hidden away from the public.

Through interviews with residents of Saylorsburg, the film explains how Gülen failed to integrate into society and remained an outsider to his neighbors.

"The majority of religious communities in the U.S. have an open door policy to anyone who would like to know them, but this man (Gülen) kept us out, and we have never been allowed on his premises. There are armed men guarding his gate, and it makes us wonder, what is he hiding? What secret is he keeping?" said one resident.

According to accounts by witnesses, a few years back, automatic gunfire was often heard in and around the complex, and many neighbors became frightened due to the close proximity of the gunfire, so the police were called, which promptly put an end to the disturbance. However, it was later revealed, after locals spoke with a construction company, that the terrorist organization had built an underground shooting range in which they would practice firing automatic weapons.

The documentary also analyzed FETÖ's influence in the education sector in the U.S. and how they would build schools that would enroll students from all levels of society. According to the documentary, education is the key in the spread of FETÖ's ideology and propaganda, and by making the schools easily accessible to all students regardless of status or wealth, FETÖ would be able to propagate its ideas to a young generation.

It was later revealed that FETÖ would use its schools as a front to extort money from its students and employees.

In one segment of the film, the wife of a FETÖ school teacher explains how her husband could not afford to pay the bills and when questioned about his income, he explained how he and other FETÖ school staff had to abide by a contract called, "Tüzük," in which they would give 40 percent of their income to Gülen, and it had to be paid in cash.

According to the documentary, these revelations have unmasked the true face of FETÖ, one that is steeped in corruption, dishonesty, deception and ultimately terrorism. Furthermore, FETÖ has been exposed in using religion as a means to further its interests and global aspirations – not just in Turkey, but across the world – and this is evident in the development of schools and charities.

Most importantly, the film looked at the major role FETÖ played in organizing and carrying out the failed coup attempt in 2016. FETÖ had gained the support of some Turkish military officers, most notably Adil Öksüz, a civilian who was working in the Air Force. Prior to the coup, Öksüz made repeated trips to the U.S., where he is said to have met with Gülen and organized the coup.

The film also mentions the role of a Palestinian middleman by the name of Mohammed Dahlan as well as the United Arab Emirates (UAE) in channeling money to FETÖ to fund the coup attempt and buy off sections of the military.

The documentary was also screened in Bosnia-Herzegovina's capital of Sarajevo on June 10. The screening of the documentary at the Kovaci Memorial Center was organized by the Turkish Embassy in Sarajevo.

Turkish Ambassador Haldun Koç said before the screening that he will never forget the treacherous coup attempt.

"The Turkish nation revealed their will against the coup attempt. We are now sharing the events of that night with Bosnians through the documentary movie produced by TRT World," Koç said.

The documentary was screened with Bosnian subtitles. Earlier the same day it was also screened at the Yunus Emre Institute in Sarajevo.

During the coup attempt, FETÖ soldiers kidnapped Hulusi Akar, the Turkish military chief of staff. While he was in detention, he was forced to speak with Gülen, who tried to force him to support the coup. Nonetheless, Akar rejected all attempts and was rescued by the Turkish government. FETÖ's failed coup attempt left 251 people killed and nearly 2,200 others injured.

The film's premiere in London and Sarajevo came a week before the third anniversary of the failed coup attempt on July 15, 2016, which the Turkish people celebrate as Democracy and National Unity Day.