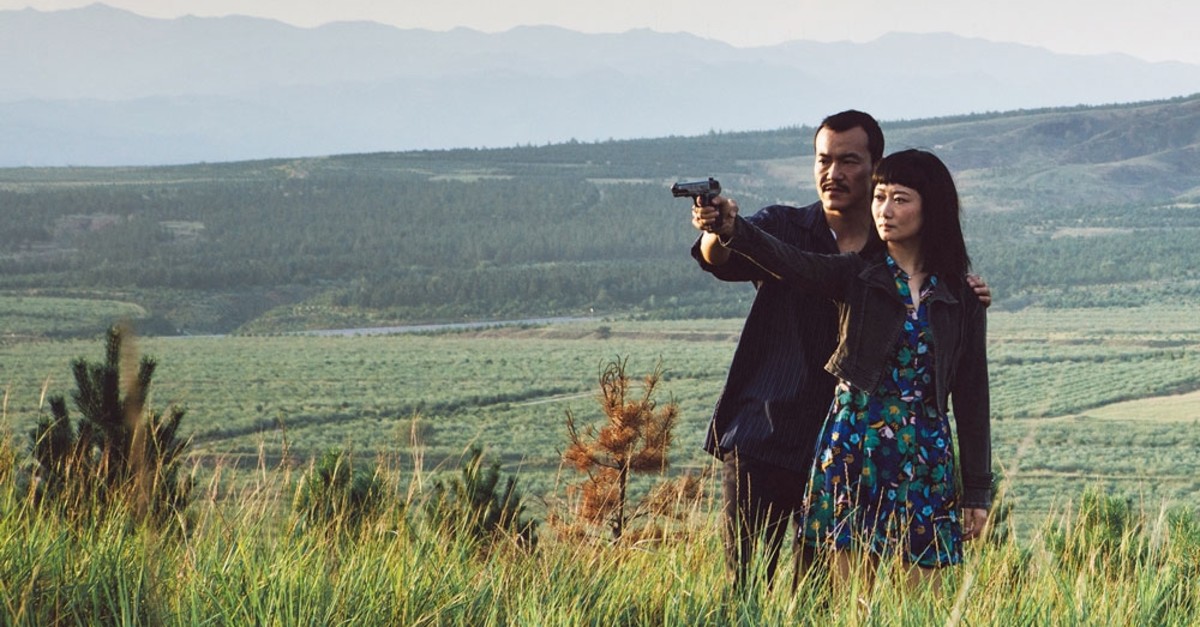 Jia Zhangke's latest movie "Jiang Hu Er Nü" ("Ash is the Purest White"), which was selected to compete for the Palme d'Or at the 2018 Cannes Film Festival, hit the silver screen as a gangster love story this week. Zhangke is a director who has made heart-stopping productions and participated in Cannes competitions for years. Apart from his "Tian Zhu Din" ("A Touch of Sin"), which picked up Best Screenplay in 2013, he returned empty-handed every time. However, he presents a unique representation in his movies that distinguishes him as an auteur.

The movie introduces a woman named Qiao, played by Zhao Tao, who is in love with a jianghu, or gang leader, Bin, played by Liao Fan. From the beginning, we see them dancing in a club or hanging around in a parlor where they play a traditional draughts-like game. One day, when they are at a club, an elder for whom they have respect visits them. Everything is turned upside down when this elder is killed. After his burial ceremony, some motorcyclists attack Bin. Our heroine, a daughter of a coal miner from Shanxi province in China, opens fire with an unregistered gun to save her boyfriend. When she claims that the gun belongs to her when she is arrested, she ends up in prison.

The director gives us three periods in the production. The first period is 2001, when everything goes well between Qiao and Bin. At the time, Bin recommends in passing that Qiao enjoy the moment. This is what they do actually; they just seize the day. However, change is close, and soon the second period reveals a time when Qiao spends five years in prison for her love and breaks free. She loses her father while in jail and tries to find Bin after being released to get back their former happy days. However, she discovers that Bin is a totally different person and involved with another woman. Indeed, she had already understood that their relationship had come to an end when Bin never visited her in prison and was not waiting at the door when she was released. But she wants to hear it from him, even if he constantly avoids facing her. After they have a conversation about their relationship in a hotel room, Qiao just walks away.

The third period is when she receives a call from Bin after some 12 years, in 2018. She goes to pick him up, but a man in a wheelchair meets us. She brings him back to the parlor where they used to play games. She manages the place now, and some old friends happily welcome Bin there. When Qiao learns that he is unable to walk because of his excessive drinking, she finds a doctor to rehabilitate him; however, he sneaks out again as soon as he is able to walk again. The film ends when she discovers he's gone again.

As you can see from the storyline above, all you are going to find in the movie is a stereotyped romantic drama that ends in the self-sacrifice of the heroine. Unfortunately, the movie offers an outlaw love story feeding on the cliche of Chinese mafia plots. Although it is a deeply moving romance, do not expect a new story line.

Nevertheless, if you asked me what makes the movie worth seeing, I guarantee that the filming, which is colored by close-up, shaky and wide-angle shots, will draw in the audience. The collaboration between the director and French cinematographer Eric Gautier reveals the socioeconomic transformation of China through a love story that spans 17 years with their impressive perspective. While they use a footage showing ordinary people on an old bus at the beginning, then trains get faster and technology advances in later shots. I can say that both men have an eye and taste for places. I also want to mention some impressive and interesting scenes in the movie, which are the other reason you should see the production. In the early days of their relationship, Qiao tells Bin, "Volcanic ash is the brightest shade of white because a thing burning at such a high temperature has to be pure," while they are looking at an extinct volcano. The production is named after this scene. When I was watching it, I could not stop thinking in the scene that her love for Bin burns at a high temperature, and it is her who is the purest among the characters.

Another scene I found quite interesting was when Qiao is on a train back to Datong, where they were hanging together with their gang. She meets a stranger who claims to have a UFO-hunting tourism company. He wants her to join him. After she accepts his offer, he admits that he actually runs a convenience store, and there is no such thing as UFO hunting. During their journey, Qiao gets off the train while he is sleeping. When she starts to walk, a UFO flies overhead.

All in all, I say you should see the movie for its glorious footage that captures the audience's attention as well as presents China's transformation over the years. Interesting scenes and impressive dialogue will accompany you during the 2.5 hour-long production, but as far as story line goes, expect to encounter a classic tale.